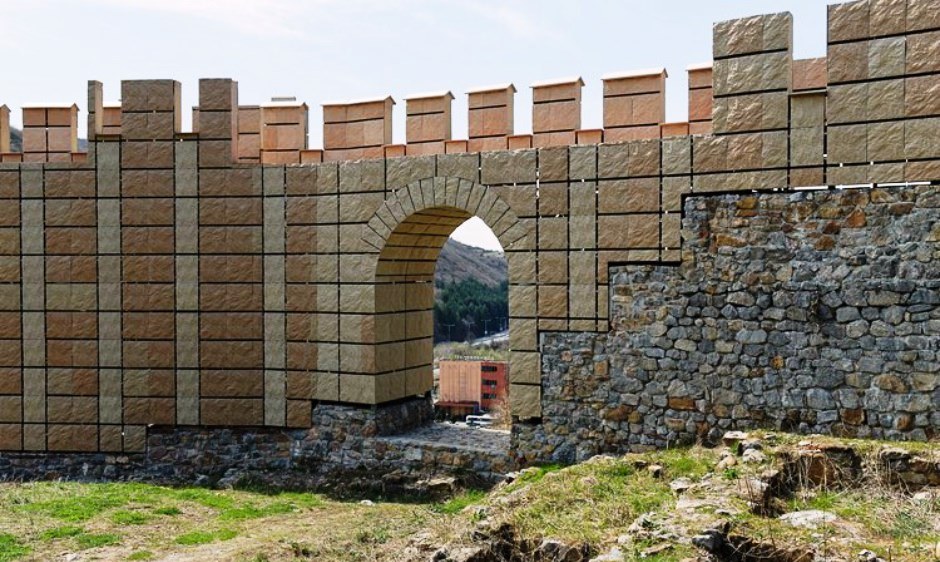 Bulgaria has recently been the object of scorn and ridicule from the historic preservation community worldwide, as a result of spending millions of EU funding on “fake restoration” at its most treasured historic sites.

In most countries, the restoration of heritage is a reliable way to revitalize the tourism economy, while simultaneously preserving the nation’s heritage. Not so in Bulgaria, where their “restoration” of ancient fortresses and castles looks like it was done by the builders of Disneyland.

Historic preservationists have been pouring abuse on the work to rebuild the medieval fort of Krakra, and the Roman fort of Trayanovi Vrata. And they aren’t the only ones to have suffered this ignoble abuse.

All of them were rebuilt using polymer concrete, the kind of cheesy, fake stone façades one sees on the gaudy “McMansions” that blight communities all around the United States these days, built for people with more money than taste.

The ill-fated project was overseen by the Bulgarian government, funded with a combination of their own money, plus some 90 million euros from the EU‘s Regional Development Fund.

“It’s weeping – a weeping fortress,” conservation architect Stella Duleva told BIRN, describing the white substance leaking from the newly-restored walls of the 4th-century Roman fort of Trayanovi Vrata. “It had survived 16 centuries, and now it’s been ruined by 2 million euros,” she added.

Dimitar Popov, the Bulgarian owner of Denmark-based Penguin Travel said the program was designed without regard for actual tourist demands and its goal was simply “the absorption of EU money.”

Dr. Elka Dogramadjieva agrees. An assistant professor of tourism at Sofia University, who last year co-authored a paper on the effects of ERDF funds on the tourism sector, she said: “The initial goal of the programme wasn’t to sponsor kitsch. Unfortunately, in many cases this is exactly what happened, which has compromised the idea of developing tourist attractions.”

With all of Bulgaria’s 165 sites of national and world importance eligible to apply, conservationists fear that more sites of European heritage importance are about to turn into “brand new ruins”.

Expert groups, including the International Council of Monuments and Sites, ICOMOS, warn that the urge to absorb more EU money and make new additions to historic ruins, is “forging history” and “irreversibly destroying heritage sites.”

Calls for the government to halt controversial projects, such as the state-funded restoration of the Great Basilica of Pliska into a fully functional church, have so far failed.

“We are offering our help, our expertise, but no one seems to hear,” Semova-Koleva of ICOMOS told BIRN. “We’re seen as a hurdle in the projects’ way.”

The Bulgarian Ministry of Culture, which once fiercely defended the project, is now suing the building contractor for “improper execution” of the restoration work.

Featured photo shows the medieval fort of Krakra near Pernik, which has now been dubbed the “cardboard castle” due to its polymer concrete. Photo credit: New Life for the Past, an art project by Dimitar Solakov.