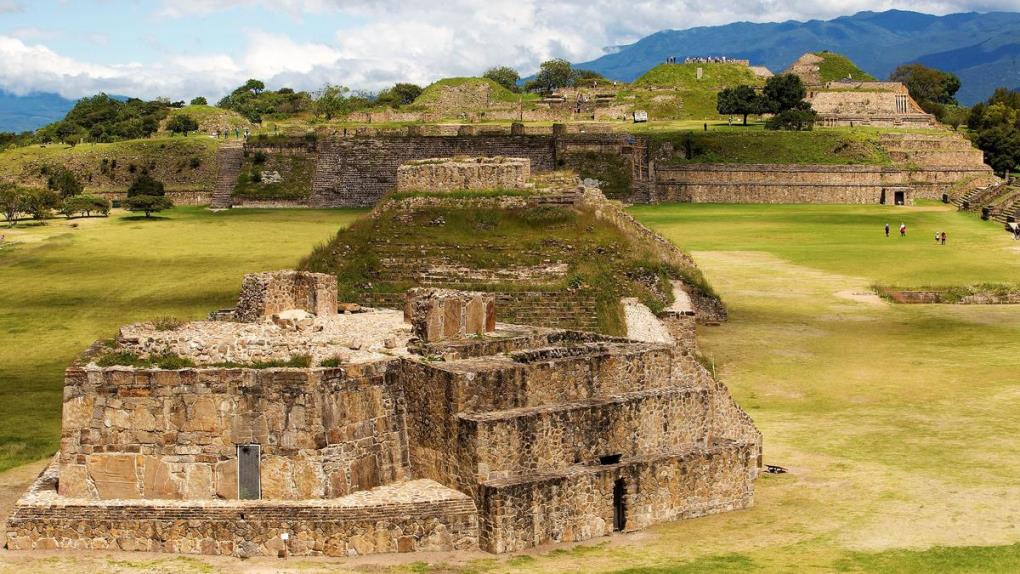 Those of you who know me (Storm Cunningham) personally, know that I have a great love of Mexico (and for my lovely wife, Maria Antonia, who is from Mexico City.) 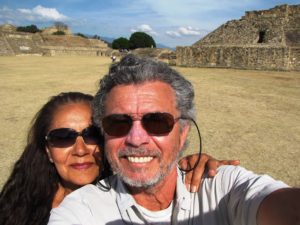 We’ve been spending at least a month in Mexico every year for over a quarter of a century, and our favorite state is Oaxaca. In fact, we’ll be in Oaxaca for five weeks later this year.

In a state that’s oozing with rich cultural heritage, probably the most spectacular is the ancient city (and UNESCO World Heritage Site) of Monte Albán.

So, it was with great sadness that we learned of the recent earthquakes that did so much damage to one of the most beautiful and fascinating places (and peoples) on the planet, including Monte Albán.

In May of 2018, the World Monuments Fund (WMF) announced over $1 million in funding to support disaster response and restoration efforts at Monte Albán Archaeological Site in Oaxaca, Mexico. 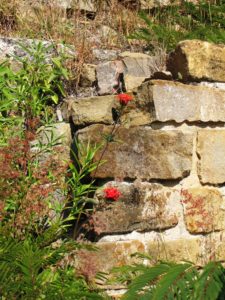 The new project is the latest in WMF’s long history of supporting cultural heritage sites damaged or destroyed at the hands of natural disaster – beginning with the floods of Venice in 1966.

Fifteen structures within Monte Albán and the northern section of Atzompa were affected by a devastating September 2017 earthquake, with five showing severe damage that required emergency structural shoring to prevent collapse.

The site was included on the 2018 World Monuments Watch as part of the Disaster Sites of the Caribbean, the Gulf, and Mexico, with the goal of mobilizing heritage conservation efforts in the aftermath of a string of hurricanes and earthquakes.

WMF will launch a partnership with the National Institute of Anthropology and History (INAH) to address the long-term stability of Monte Albán, including physical conservation, documentation, and geological assessment. The program will also emphasize training and capacity building, giving local technicians the skills they need to effectively repair and prepare Monte Albán for future natural disasters. Local architecture and engineering students in their last semester will carry out research and documentation in the first phase of work. 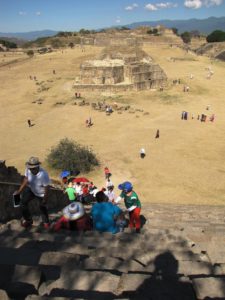 View from top of tallest structure.

“Now we have the opportunity to safeguard one of Mexico’s most important archaeological sites while empowering its community. We are thankful for the support of leadership donors American Express, Roberto Hernández Ramírez and Claudia Madrazo de Hernández, and The Robert W. Wilson Charitable Trust, as well as all of the project’s other donors, who are collectively making this effort possible,” he continued. 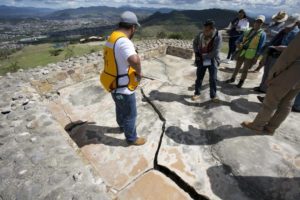 “For more than two decades, American Express has been a proud advocate of the World Monuments Fund,” said Timothy J. McClimon, President, American Express Foundation. “Preserving the prolific Monte Alban is a critical step in rebuilding the Oaxaca community. We are honored to serve as a lead donor for this project.”

“The cultural sites that were damaged during this tragedy don’t belong only to the Mexican people; they belong to humankind,” said Ambassador Diego Gómez Pickering, Consul General of Mexico in New York. “Out of great loss and devastation, we have a chance to restore hope and optimism to the people of Oaxaca and those for whom Monte Albán is a source of great pride. We are grateful for the support to make it stronger and accessible for future generations.”

The ancient Zapotec metropolis of Monte Albán was founded in the sixth century B.C. and became a World Heritage Site in 1987. Its impressive architectural remains—terraces, pyramids, and canals—extend over some four miles, and include hieroglyphic inscriptions that provide insight into the ancient Zapotec civilization. It was previously included on the 2008 World Monuments Watch to assure the sustainability of the archaeological zone in the face of threats including looting, vandalism, unchecked tourism, and forest fires.

Featured photo of Monte Albán is by Fidel Ugarte. Unless otherwise credited, all other photos are by Storm Cunningham.