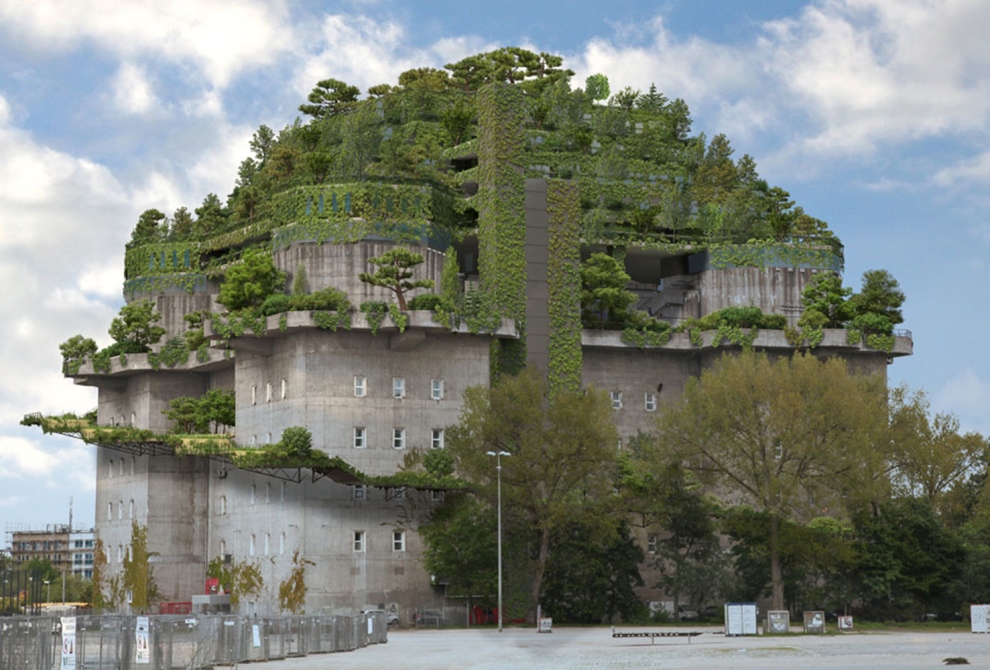 Hamburg is the second largest city in Germany, with a population of over 1.7 million people.

Over the centuries, it has been destroyed several times, such as by the Great Fire of Hamburg in 1842. The fire began early on May 5, 1842 in Deichstraße and burned until the morning of May 8, destroying about one third of the buildings in the Altstadt. 51 people were killed, and 1700 residences, along with several important public buildings, were destroyed. 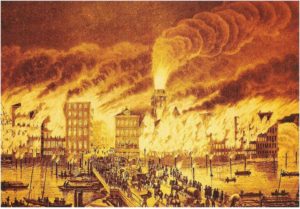 The fire required major rebuilding of the city, which led to improvements in its infrastructure. It even gave birth to a vast new industry that thrives to this day: the heavy demand made by the fire on insurance companies led to the establishment of reinsurance companies (the largest and most famous currently being Swiss Re).

Since then, several devastating floods, and–most recently–Allied bombing raids during World War II have conspired to lay the foundation for rebirth after rebirth. They’ve become quite good at it. 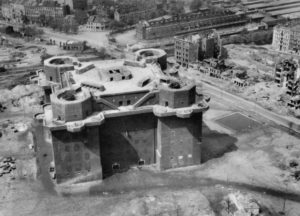 Bunker and devastated St. Pauli in 1945.

Somehow, this resilient city has managed to recover and emerge even wealthier after each catastrophe (what’s known in resilience circles as “bouncing forward” from catastrophe).

Now, yet another example of making the most with what they’ve got is emerging in their famed St. Pauli neighborhood.

St. Pauli is located in the Hamburg-Mitte borough, one of 105 districts of the city. Situated on the right bank of the Elbe River, it’s a northern part of the port of Hamburg. St. Pauli contains a world-famous red light district around the street Reeperbahn. As of 2006, the neighborhood’s population was 27,612. 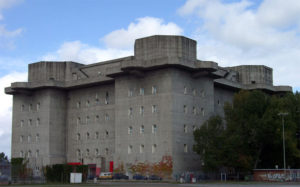 Under the slogan “We are rebuilding what we inherit”, an alliance of local residents and architects in Hamburg, Germany’s famed St. Pauli neighborhood have been given planning permission for their proposal to green and repurpose a hideous concrete military bunker built during World War II.

The proposal is called the Hilldegarden Project, and it hopes to create what they’ve nicknamed a “green mountain”. 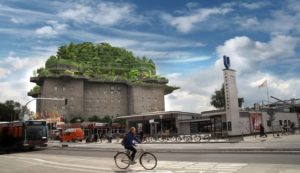 It’s basically a garden and several new stories of mixed-use activities built on the unused roof of the bunker.

Designed to make it easier to see incoming enemy planes and shoot them down, the bunker now offers the best views in this section of the city: an under-underutilized asset that the local folks wish to put to good use.

The roof is the only unused area: the rest of the structure has long-since been repurposed as space for a music school, artists’ studios, a nightclub, and more.

Once Project Hilldegarden is finalized–a process expected to take about two years–the many hours of volunteer work by neighboring businesses and institutions, citizens, and district activists will pay off in the form of a eye-catching mixed-use building with a publicly accessible roof garden.

To get to this point, the Planugsbuero Bunker used a participatory planning process that involved over 10 calls for actions and involvement. Along the way, two concept journals were published, and a precise planing concept was co-developed by citizens.

All images courtesy of Planugsbuero Bunker.