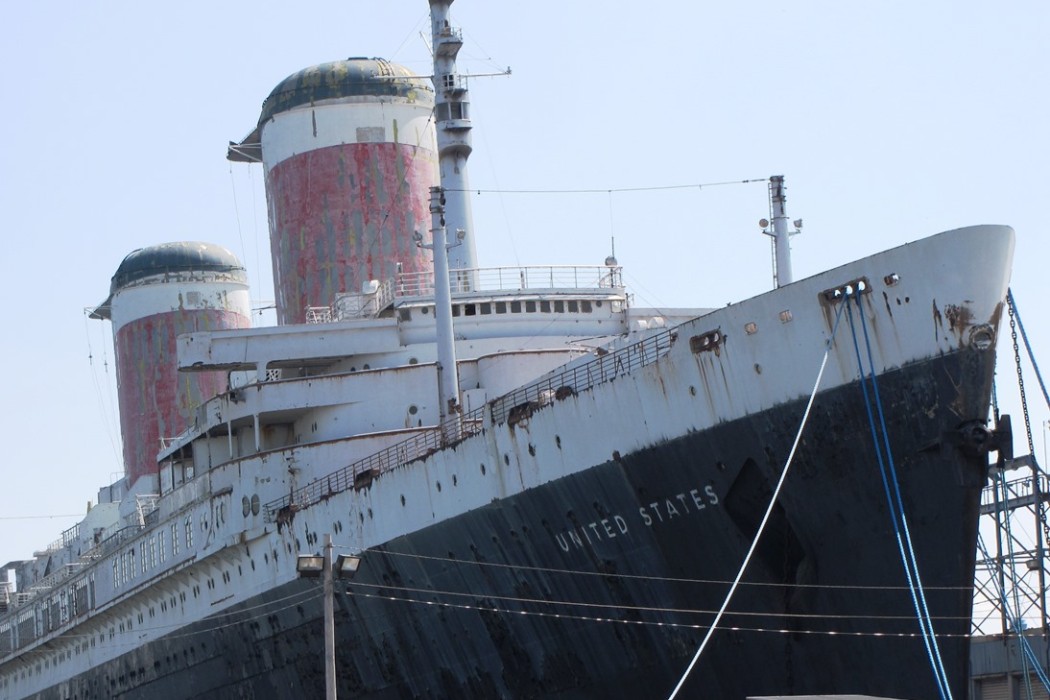 The fastest ocean liner ever built, the SS United States, is a Titanic-size luxury liner that’s currently docked in the Delaware River in Philadelphia. It has not moved under its own power for decades, and has been deteriorating the entire time.

Half a century ago, it dominated passenger service on the high seas between New York City and Europe. The ship was so powerful that during the Cold War, its top speed was a state secret. 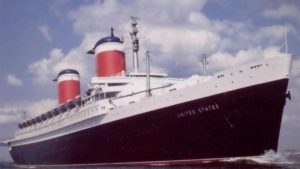 As reported back on December 15, 2015 here in REVITALIZATION, the SS United States Conservancy has worked tirelessly since acquiring America’s Flagship to raise awareness of the SS United States’ historical importance and ensure that the nation’s greatest and sole remaining ocean liner inspires and endures for generations to come.

Finally, on December 10, 2018, some good news has emerged that might reverse this shameful state of affairs.

Our vision has centered on the ship’s conversion into a dynamic mixed-use development and shipboard museum – a gleaming waterfront destination.

Now, the Conservancy has entered into an agreement with a prominent commercial real estate development firm, RXR Realty, which will begin to explore options for the SS United States’ revitalization.

Over the next several months, RXR Realty will be working to determine the viability of the SS United States’ redevelopment, and will explore a range of potential locations for the historic vessel. In connection with its work, RXR will be paying a substantial portion of the ship’s carrying costs and making other investments during this option period.

The company will soon be assembling a team to assess the vessel’s interior spaces and explore concepts for the ship’s revitalization. The Conservancy will work closely with RXR throughout this process, and will continue to advance and refine our museum and curatorial plans.

RXR Realty issued the following statement: “The SS United States is one of America’s great vessels and an icon of American engineering and design. Given our history of repurposing and updating some of this country’s most historic structures, we are now working with the SS United States Conservancy to explore what options might exist for the ship, going forward. We are currently at the very beginning of this process – a process that will require substantial work on all sides. At the end of this period, we will have a better sense as to whether we have a viable plan and, if so, the specifics of that plan and in which waterfront community it might be actualized.”

The Conservancy’s agreement with RXR Realty is still in its very early stages and much work lies ahead. However, they believe that RXR recognizes the SS United States’ iconic significance and has the vision, commitment, creativity and expertise needed to redevelop America’s Flagship.

The SS United States serves as a powerful and beautiful symbol of national pride, beauty and resilience. She conveys the message that America’s “can do” spirit is alive and well. She reminds us that when we pull together as a nation, anything is possible.

Note from Storm: I sailed the S.S. United States in 1968 as a 16-year-old, in my first trip back to England (where I used to live) on my own. It was the first Big Adventure of my life. The New York City-to-Southampton trip took only 3 1/2 days: a speed no modern passenger ship can hope to match. So, I’m very happy to see that someone might finally be coming to the rescue of one of the greatest American creations.