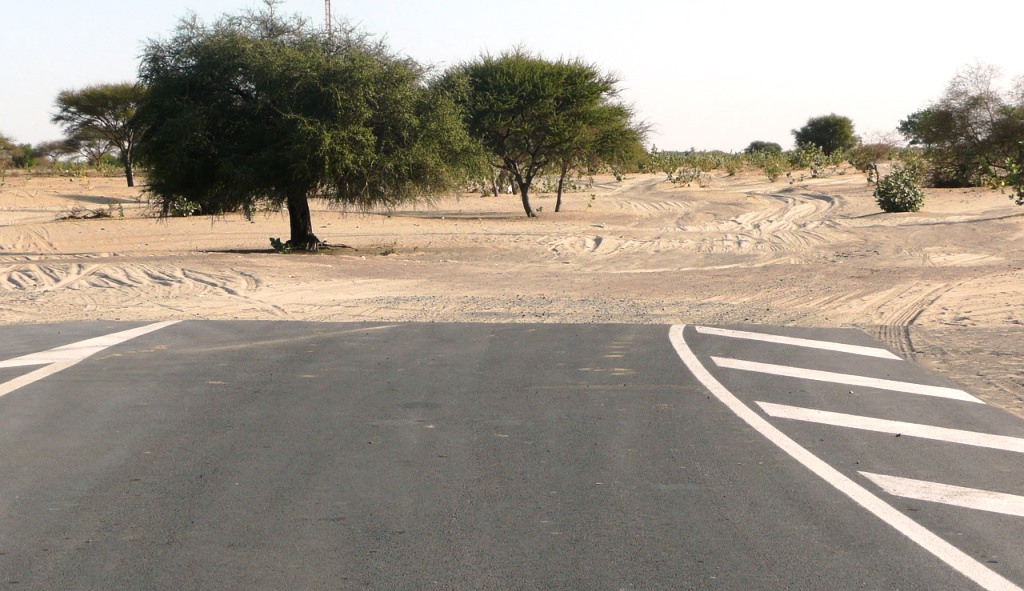 Emmanuel Macron, President of France, made the announcement at the just-concluded One Planet Summit for Biodiversity co-organized by France, the United Nations and the World Bank.

The GGW snakes along the southern margin of Africa’s Sahara Desert running from the Atlantic coast to the Red Sea. The Great Green Wall Accelerator makes up 30 per cent of $33 billion needed to achieve the Great Green Wall’s ambitions for the year 2030.

Mohamed Cheikh El-Ghazouani, President of Mauritania and current chair of the Conference of Heads of State and Government of the Pan-African Agency of the Great Green Wall, welcomed the Accelerator program on behalf of the region.

“We welcome the announcement of the Great Green Wall Accelerator Initiative, whose objective is to release an initial contribution over the period 2021-2025, to give effect to the commitments of the financial partners in a coordinated framework,” said Ghazouani.

“The mobilization of this additional funding through an innovative approach will certainly contribute to the achievement of the Great Green Wall goals, which aim by 2030, at the restoration of 100 million hectares of degraded land and the creation of 10 million green jobs…. This initiative will certainly facilitate the alignment of our partners’ interventions, in response to the concerns raised by our Ministers of Environment at the last Great Green Wall Conference,” he added.

Ghazouani stressed that it would “enable our countries, in accessing the necessary funds, to increase local investments within the framework of the five pillars adopted and to strengthen the capacities of the national agencies of the Great Green Wall. In this context, I would like to suggest the establishment, in each of our countries, of a biodiversity Fund into which we will contribute a portion of the resources resulting from the cancellation of our debts. Cancellation that we call for with all our hearts.”

“Pandemic recovery is our chance to change course. With smart policies and the right investments, we can chart a path that brings health to all, revives economies and builds resilience. Innovations in energy and transport can steer a sustainable recovery and an economic and social transformation. Nature-based solutions – such as Africa’s Great Green Wall – are especially promising,” said António Guterres, UN Secretary General.

Since its inception in 2007, the Great Green Wall (GGW) has partnered with stakeholders to regreen the region and create an 8,000 km long world wonder involving at least 11 countries and to achieve the Sustainable Development Goals by 2030.

The GGW Initiative, now well into its second decade, is an African-led flagship program demonstrating how to harness the power of nature to provide policy solutions to multiple and complex environmental threats, such as land degradation, desertification, drought, climate change, biodiversity loss, poverty and food insecurity, simultaneously.

The GGW has inspired many African countries which are now associated with it and its work is contributing to the implementation of the post-2020 global biodiversity framework. GGW is among the iconic global campaigns targeted for completion during the Decade of Ecosystem Restoration ending in 2030.

The virtual One Planet Summit was an opportunity to raise the level of ambition of the international community in protecting nature, while responding to the new questions raised by the COVID-19 pandemic as we collectively mobilize resources to build back better and improve livelihoods in the Sahel through the Great Green Wall Initiative.

The summit is mobilizing resources, heads of government and partners as well as leaders of international organizations, financial institutions, the business sector and NGOs to make commitments for concrete action to preserve and restore biodiversity, to make strong new announcements and to launch transformational initiatives for nature.

It was there that the World Bank announced its part in the Great Green Wall Accelerator funding: over $5 billion over the next five years to help restore degraded landscapes, improve agriculture productivity, and promote livelihoods across 11 African countries on a swathe of land stretching from Senegal to Djibouti.

World Bank Group President David Malpass announced the investment at the One Planet Summit, a high-level meeting co-hosted with France and the United Nations that is focused on addressing climate change and biodiversity loss.

“This investment, which comes at a crucial time, will help improve livelihoods as countries recover from COVID-19 while also dealing with the impact of both biodiversity loss and climate change on their people and economies,” said Malpass.

Many of these efforts are in line with the Great Green Wall initiative. This builds on World Bank landscape investments in these countries over the past eight years that reached more than 19 million people and placed 1.6 million hectares under sustainable land management.

“Restoring natural ecosystems in the drylands of Africa benefits both people and the planet,” said Moussa Faki Mahamat, Chairperson of the African Union Commission.

The World Bank Group is the biggest multilateral funder of climate investments in developing countries. In December 2020, the World Bank Group announced an ambitious new target for 35% of its financing to have climate co-benefits, on average, over the next five years.

Photo of Chad by Olivier Bory from Pixabay.