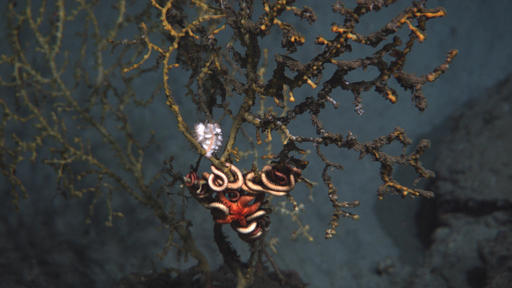 Far offshore and a mile deep in the dark world below the Gulf of Mexico’s gleaming surface, the catastrophic BP oil spill of 2010 did untold damage on the ocean floor.

But scientists are unsure they can do much to heal places in the deep that were hurt the most as they undertake what’s being called the largest ecosystem restoration effort ever.

“We’re trying to do something that we’ve never done before,” said Erik Cordes, a Temple University coral expert who’s studied the corals damaged by the spill and worked on the government’s restoration plans. “We are in uncharted waters here.”

The continental shelf drops sharply, about 25 miles off the Louisiana coast. A mile below, there’s a world of inky cold blackness. Although obscure, this deep ocean world is a foundation of the life and food webs of the Gulf. Scientists say it’s important to try restoring it.

In April of 2016, a federal judge approved BP’s $20 billion settlement to cover the spill’s environmental and economic damage. But a relatively small portion of that – about $273 million – has been earmarked for restoring the deep ocean over the next 15 years.

It’s far from clear if much can be done because deep-sea restoration has never been attempted, scientists said.

Regardless, recovery will be slow. Life forms in the deep grow very slowly – about 10 times slower a half mile under the ocean.

“Out of sight, out of mind, unfortunately,” Cordes said. “People still don’t realize that there are massive coral reefs right in their back yard in the Gulf of Mexico.”