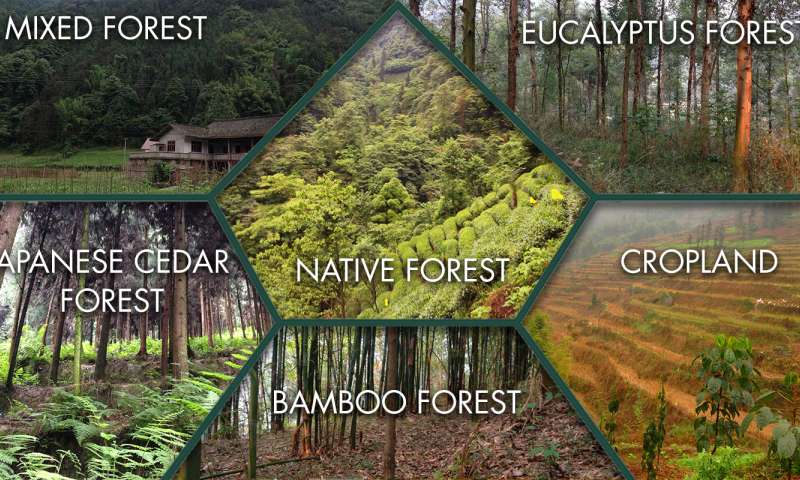 After years of environmental destruction, China has spent billions of dollars on the world’s largest reforestation program, converting a combined area nearly the size of New York and Pennsylvania back to forest.

The government-backed effort, known as the Grain-for-Green Program (GFGP), has transformed 28 million hectares (69.2 million acres) of cropland and barren scrubland back to forest in an effort to prevent erosion and alleviate rural poverty.

While researchers around the world have studied the program, little attention has been paid to understanding how the program has affected biodiversity until now.

In its current form, the program fails to benefit, protect and promote biodiversity.

“If the Chinese government is willing to expand the scope of the program, restoring native forests is, without doubt, the best approach for biodiversity,” said lead author Fangyuan Hua, a postdoctoral research associate in the Program in Science, Technology and Environmental Policy in Princeton’s Woodrow Wilson School. “But even within the current scope of the program, our analysis shows there are economically feasible ways to restore forests while also improving biodiversity.”

There is thus considerable scope for biodiversity gains if GFGP were to incentivize the conservation and restoration of native forests over compositionally simple forests. Finally, even within existing modes of reforestation, GFGP can achieve biodiversity gains by promoting mixed forests over monocultures. Such a shift would benefit bird diversity and carries no penalty for bee diversity; in terms of forest production, it also is unlikely to carry opportunity costs or pose unforeseen economic risks to households.

“Around the world, people are leaving rural areas and moving into cities, potentially creating new opportunities to restore forests on abandoned farmland,” said co-author David Wilcove, professor of ecology and evolutionary biology and public affairs in Princeton’s Woodrow Wilson School of Public and International Affairs and the Princeton Environmental Institute.