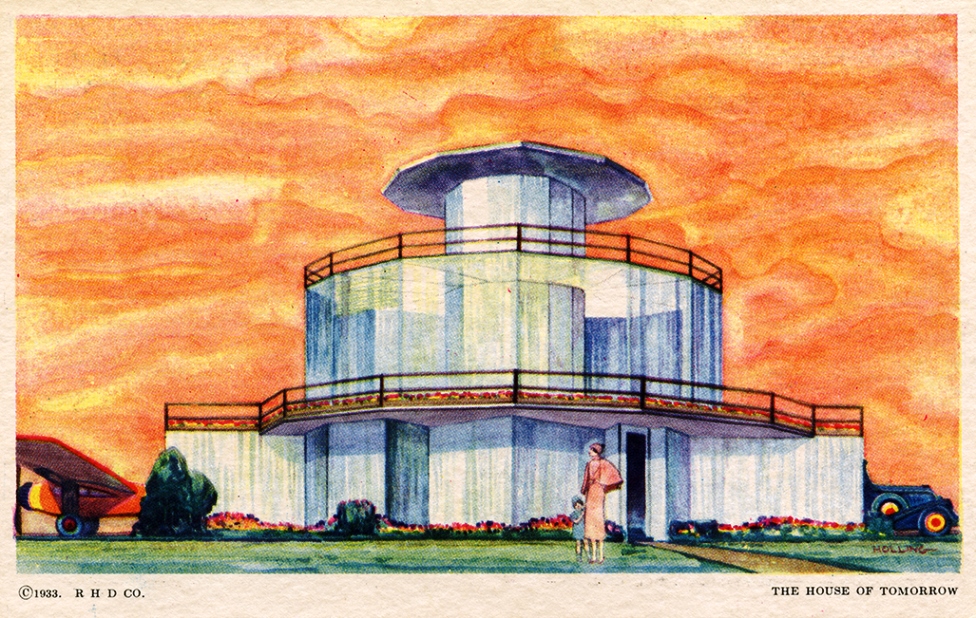 Building on the success of a partnership with the U.S. National Park Service that saved four extraordinary homes from Chicago, Illinois‘ 1933 World’s Fair, the non-profit group, Indiana Landmarks, is offering you a 50-year lease to the famed House of Tomorrow.

The price? You have to restore it. 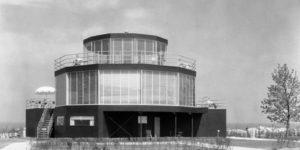 Located in the newly designated Indiana Dunes National Park near Beverly Shores, on the southern tip of Lake Michigan, the House of Tomorrow was widely regarded as one of the most innovative houses in modern architectural design when it debuted at the Fair.

After the Fair closed in 1934, it was one of five “Century of Progress” homes moved from Chicago by barge and truck to Beverly Shores, a new resort community developed by Robert Bartlett. The houses were sold and remained in private hands until the land became part of the Indiana Dunes National Park. Homeowners became lessees, with little incentive to maintain the historic homes. 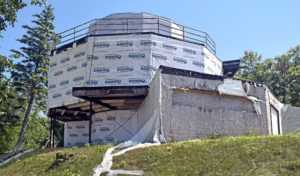 Four of the five homes have already been restored under the arrangement. The House of Tomorrow’s unusual architecture and degree of deterioration presents greater challenges; it needs nearly $3 million in rehabilitation.

“Leasing the House of Tomorrow offers an unparalleled opportunity to live in a stunning work of architecture that comes with an equally spectacular view,” said Marsh Davis, president of Indiana Landmarks. “We’ve engaged a stellar team of architects and engineers, and we now have the specifications—approved by the National Park Service—to bring yesterday’s House of Tomorrow into the future as a living, sustainable home.”

Designed by noted Chicago architect George Fred Keck, the House of Tomorrow was a popular attraction at the 1933-34 Century of Progress Exhibition, where more than 1.2 million people paid an extra 10 cents to see inside the house. In the depths of the Great Depression, the World’s Fair drew 39 million people to see how advancements in science and technology could improve life across the globe. 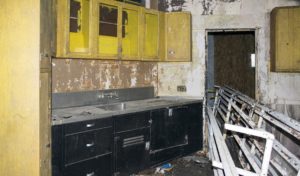 Architecturally, the House of Tomorrow was among the first residential buildings to employ a glass curtain-wall structure, predating both Mies van der Rohe’s renowned Farnsworth House and Philip Johnson’s Glass House by many years. It was also among the first buildings in America to use passive solar energy as a sustainable heating technique. The attached garage—also an innovation—used a door that rose at the push of a button. Keck’s design included one element that remains futuristic—an airplane hangar—also with a push-button door—for the small airplane Keck envisioned every family would own in the future.

“We are excited to include the House of Tomorrow in our leasing partnership with Indiana Landmarks,” said Paul Labovitz, superintendent at Indiana Dunes National Park. “It is the architectural jewel of the Century of Progress district, a popular area within the park. We know our visitors will enjoy seeing its restoration.”

In 2016, the National Trust for Historic Preservation named it a National Treasure and esteemed architectural critic Paul Goldberger hailed it as, “one of the true early monuments of American modernism.” 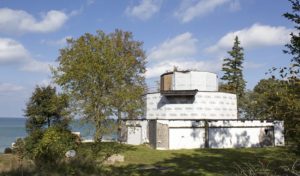 “The House of Tomorrow is a shining example of the Century of Progress, an innovative and influential house in modern architectural design,” said Jennifer Sandy, associate field director, National Trust for Historic Preservation. “The home illustrates how science and technology can advance society and improve people’s day-to-day lives. We are looking forward to seeing what comes next for this National Treasure.”

In partnership with the Indiana Dunes National Park, Indiana Landmarks is accepting proposals for the restoration and long-term lease of the House of Tomorrow for use as a single-family residence. In exchange for restoring the house to the approved specifications, the successful party will receive a 50-year lease on the property. The National Park Service will continue to own the House of Tomorrow throughout the lease.

All images courtesy of Indiana Landmarks.

Learn more about the opportunity here.