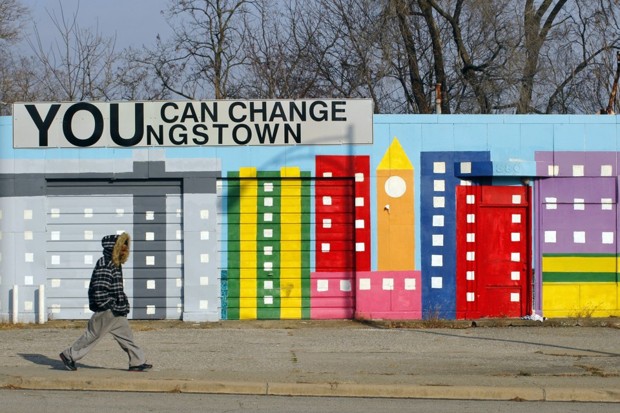 Youngstown, Ohio, created quite a stir a decade ago when it unveiled a novel plan for the city: It would stop trying to return to its glory days as a city of 170,000 people and instead embrace the idea that maybe smaller is better.

The Youngstown 2010 plan reoriented the former steel-mill town toward providing services to the neighborhoods with the most people, converting abandoned land into green space, and supporting the burgeoning healthcare industry.

The Youngstown plan had its share of critics, including those who say it led the city to abandon its poorest residents. But it also put into motion aggressive action to fight urban decay and revitalize many parts of the city, says Ian Beniston, director of the Youngstown Neighborhood Development Corporation, which was launched in 2009 as a result of the city’s efforts to revive certain neighborhoods.

“Embracing shrinkage has to do with the fact that we had the infrastructure for 250,000 people and we currently have 65,000. That alone means there are going to be severe fiscal challenges,” says Beniston.

“In stable neighborhoods, for example, we really shouldn’t be demolishing housing. This is oversimplifying this, but if there is a vacant home there, it is likely something that should be rehabilitated, whereas the neighborhood that is already 70 percent vacant, the strategy is probably demolition and reusing the land for another purpose,” he continued.