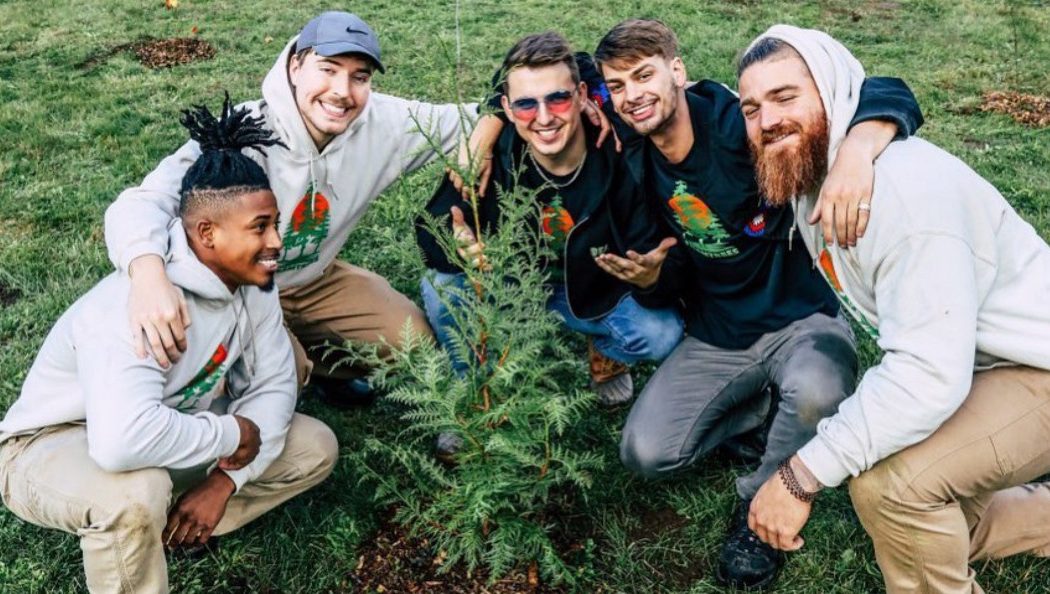 Only two months after setting their goal of raising $20 million, #TeamTrees hit its target, and they had almost two weeks to spare. Led by YouTube star MrBeast in partnership with the Arbor Day Foundation, #TeamTrees will use the donated funds to plant 20 million trees.

The Arbor Day Foundation announced that as of December 19 2019, at 3:28 p.m. CT, #TeamTrees—a viral social media campaign driven by YouTube creators Jimmy Donaldson (aka MrBeast) and Mark Rober—reached its goal of raising $20 million to plant 20 million trees around the globe, beating the initial goal of doing so January 1, 2020. As of December 22, the total raised was $20,380,602.

Launched on October 25, the campaign is the largest crowdfunding effort in YouTube’s history, and is one of the fastest-growing environmental fundraising initiatives to-date. 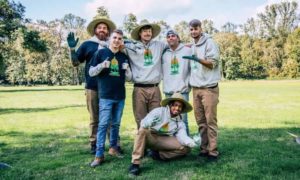 The #TeamTrees campaign came to life when the online community challenged 21-year-old YouTuber Jimmy Donaldson – aka MrBeast – to plant 20 million trees to commemorate hitting 20 million subscribers on his YouTube channel.

MrBeast’s Gen Z fans then suggested he join forces with other online influencers to drive awareness, including Mark Rober – a fellow YouTuber and former NASA scientist.

The duo engaged the Arbor Day Foundation to make this lofty goal a reality, knowing that the organization had recently launched the Time for Trees initiative and is a consistent, trusted leader in tree planting of this scale.

“#TeamTrees is a prime example of youth leadership – especially the Gen Z ‘Change Generation’ – moving beyond retweet activism and harnessing the power of social media to address key societal issues,” said Dan Lambe, president of the Arbor Day Foundation. “The 20 million trees planted through this campaign will absorb and store 1.6 million tons of carbon, the equivalent of taking 1.24 million cars off the road for a year.”

“When Mark [Rober] and I started this campaign, we couldn’t have predicted the incredible support #TeamTrees would receive,” said Jimmy “MrBeast” Donaldson. “From hundreds of YouTube creators, to the biggest names in Silicon Valley, to kids holding bake sales, a huge team came together to make this possible. This is a big win for the planet.”

The trees will be planted across the globe in a variety of forests on both public and private lands in areas of great need, including state and national forests managed by government agencies.

While the final list of all planting locations is still in development, the first wave of tree planting projects will be distributed throughout the U.S., Europe and Africa. All trees funded through #TeamTrees will be planted by December of 2021.

The campaign will continue to collect donations beyond January 1, 2020, the original deadline for #TeamTrees. As with the first $20 million, every additional dollar will plant a tree and contribute to the Arbor Day Foundation’s ongoing Time for Trees initiative — a commitment to planting 100 million trees by 2022. To learn more or to donate, visit teamtrees.org.

Founded in 1972, the Arbor Day Foundation has grown to become the largest nonprofit membership organization dedicated to planting trees, with more than one million members, supporters, and valued partners. Their vision is to help others understand and use trees as a solution to many of the global issues we face today, including air quality, water quality, climate change, deforestation, poverty and hunger.

As one of the world’s largest operating conservation foundations, the Arbor Day Foundation educates and engages stakeholders and communities across the globe to involve themselves in its mission of planting, nurturing and celebrating trees.

All photos courtesy of MrBeast.