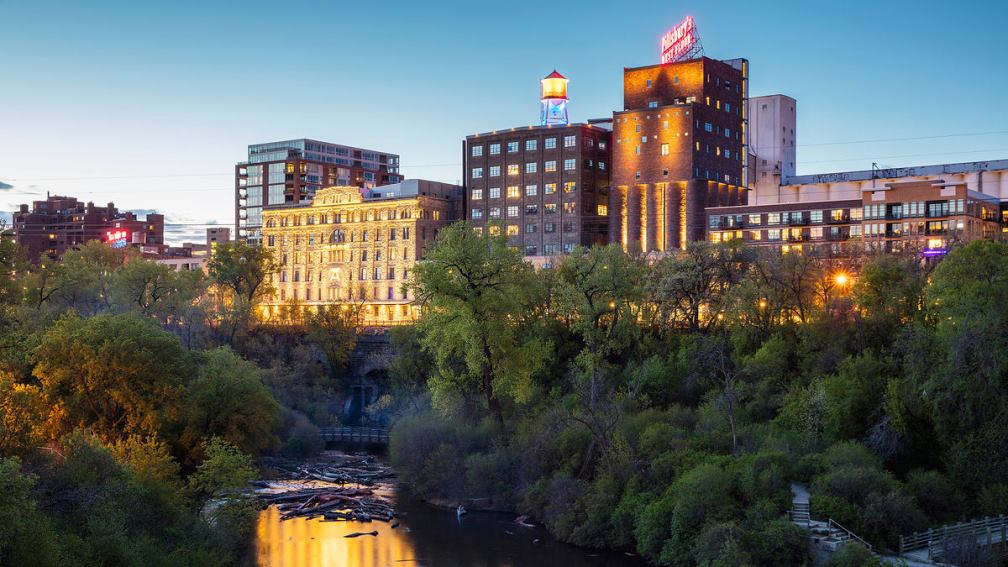 When the Pillsbury “A” Mill complex in Minneapolis, Minnesota was named to the National Trust for Historic Preservation’s (NTHP) 11 Most Endangered Places list in 2011, it had already been vacant for eight years. 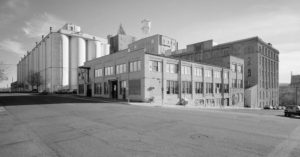 Built in 1881 for flour magnate Charles A. Pillsbury, the Pillsbury Mill complex was considered the largest and most advanced milling facility in the world, its original capacity reaching 4,000 barrels a day.

Powered by water diverted from the nearby Saint Anthony Falls on the Mississippi River, the “A” mill was constructed with large limestone blocks and timber. 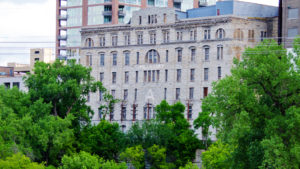 By the early 1900s the wooden frame was replaced by steel columns and beams to combat the constant vibration of the milling equipment that had already weakened the structure. 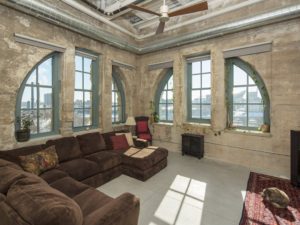 Some heating and cooling will be provided by a hydrothermal system using the flow of the Mississippi River through the building. All exterior lighting will be LED lighting, including a conversion of the old neon “Pillsbury’s Best Flour” sign.

Designed for artists who are committed to a life in the arts, A-Mill Artist Lofts has a number of shared work and studio spaces for use by the residents free of charge.

These spaces are available for special projects or daily work and are scheduled through the property manager. The shared work and studio spaces include:

A-Mill Artist Lofts is LEED Certified with 100% of the rainwater going through a storm-water management system that will include using roof water for irrigation. 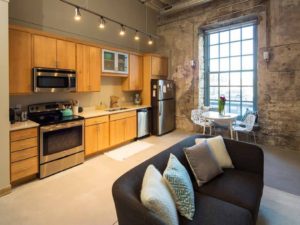 Charles Alfred Pillsbury was known as a visionary leader in his industry, constantly rethinking and reinventing processes to become one of the foremost businessmen of his age.

One of his great innovations: the idea that an industrial building should be architecturally pleasing.

Designed by prominent Minneapolis architect LeRoy S. Buffington, the Pillsbury A-Mill is a masterpiece of industrial design that served as the largest flour mill in the world for 40 years.

It is one of only three Minneapolis structures designated as a National Historic Landmark (one of only 26 in Minnesota). In fact, the river was diverted through the building to provide power during its flour-milling days, and water continues to flow underfoot today.

Featured image by Troy Thies. All other images (except historic) by Tom Witta courtesy of Dominium, Inc.