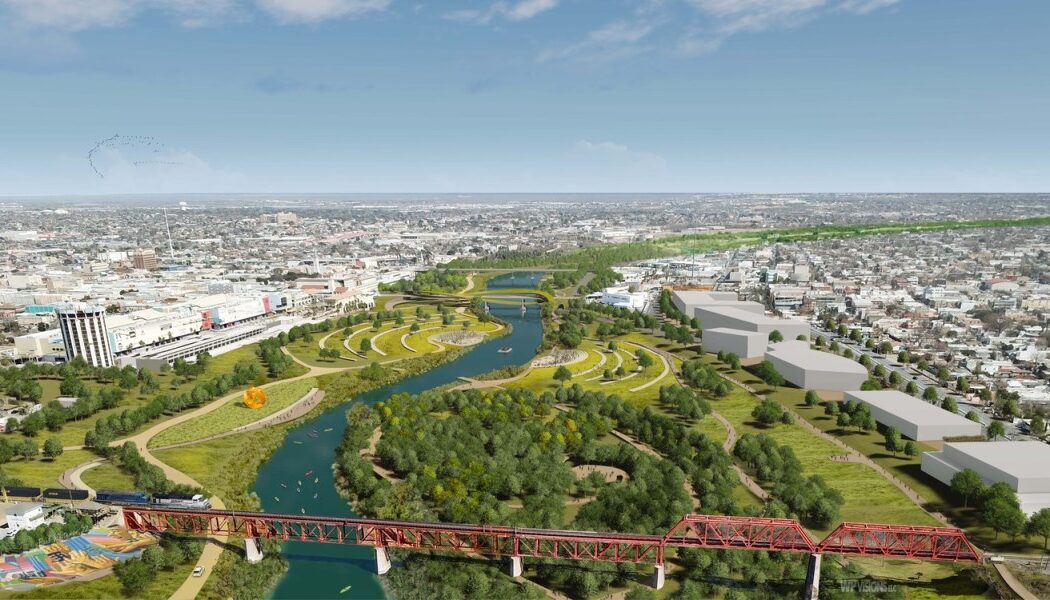 Participants included Mexico Ambassador Esteban Moctezuma, as well as political and business leaders from the South Texas region and the Mexican state of Tamaulipas.

They were seeking fresh ideas that would revitalize local economies by stimulate trade and enhancing tourism, while also celebrating the symbiotic relationship between the cities of Laredo and Nuevo Laredo…and the river they share.

He did so just 14 days after requesting the City Council’s authorization to assemble an architect/engineer team to formulate this $100 million riverfront regeneration project. 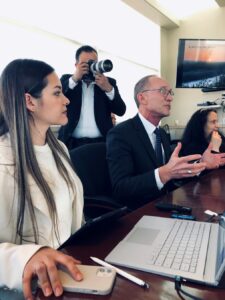 On February 18, 2022 a site plan for the 6.3-mile tract, aerial renderings, and eye level perspectives for a one-mile developed stretch was presented to the Mayors and city leadership of Laredo and Nuevo Laredo, the Governor of Tamaulipas, United States Ambassador to Mexico Ken Salazar, U.S. Consul General for Nuevo Laredo Deanna Kim, along with the Binational Working Group and community and business leaders.

“We are inspired by the Binational River Park and excited by the unique challenges an aspirational project of this magnitude presents – environmentally, socially, and culturally,” said Rick Archer, Overland Senior Principal and CEO.

The 6.3 river mile park has been identified as an ecological restoration project, one that will reestablish the river’s ecosystem, revitalize the economy, add cultural assets, such as public art, and attract tourism on both sides of the river.

This regenerative project would transform the space into a distinctive international landmark that joins two communities and nations into one. 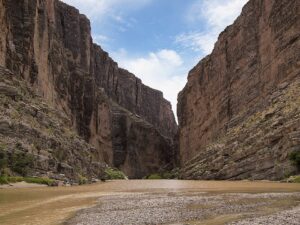 It’s isn’t the first time such a park has been envisioned. The Mexico-United States International Park, also known as El Carmen Big Bend Complex, was a vision for a transboundary protected area straddling the part of the U.S.–Mexico boundary delineated by the Rio Grande.

It was proposed by U.S. President Franklin Delano Roosevelt to Mexican President Manuel Ávila Camacho back in 1944, but remains unrealized.

The proposed bi-national park spanned a 268-mile stretch of the river: approximately 14% of the border between Mexico and the United States. 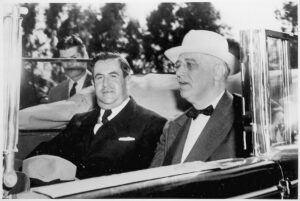 Camacho and Roosevelt in Monterrey, Mexico in 1943.

Within this region of protected areas and parks, the El Carmen Big Bend Complex area is the habitat for a vast array of birds, mammals, plants, reptiles and insects.

As a result, the area is a prime spot for ecotourism for both the United States and Mexico along the border.

Recent issues of increased border security and environmental concerns have emphasized the need for reopening the discussion, which is currently led by organizations such as the National Park Service in Big Bend National Park, the Sierra Club, and Rotary International.

Now a similar—but smaller and more urban—vision has emerged, and this one is actually happening. 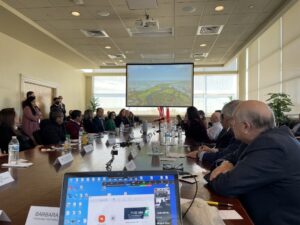 With international experts from OLIN Studios and ARUP, plus regional engineering firms Crane Engineering and LAN Hydrology, Overland and Able City led a 3-day workshop in February of 2022 with members of the Binational Work Group and key stakeholders to understand project needs and study the surrounding physical context.

Nearly 35 people participated in a series of visioning exercises and site visits that resulted in this regenerative, unified concept for the Binational River Park.

That workshop led to this mission statement to guide the project: “The Binational River Park at the Rio Grande-Rio Bravo in Laredo and Nuevo Laredo connects and celebrates our common culture on the United States and Mexico border. It reclaims our shared history, spurs the economy, promotes security on both sides of the river, and restores the ecological treasure we call home. The first of its kind, this international conservation project enhances our quality of life and serves as a prototype for border cities around the world to follow. Two nations, one community. One river. One park.”

“Together with our partners and stakeholders, we want to create an international cultural destination and model for cooperation, conservation and community,” Archer concluded.

The river restoration process is fairly well understood. The bigger challenge will be creating an effective strategic renewal process to help ensure the intended economic and social benefits. We wish them well in this noble cause.