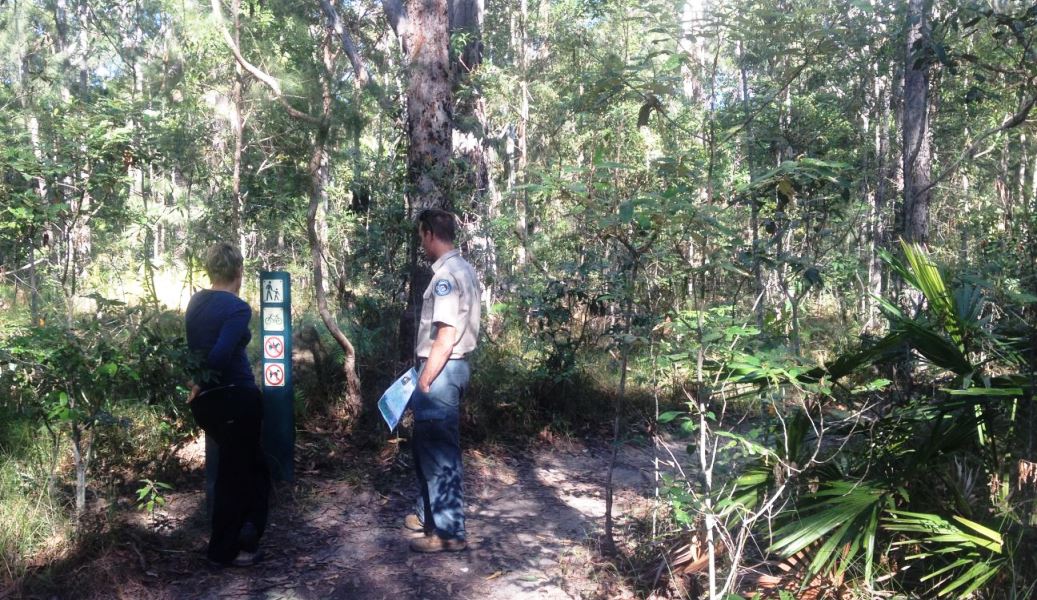 On May 18, 2022, the government of the state of Queensland, Australia announced that more than 2400 hectares (6000 acres) of former Noosa state forest and plantation (tree farm) will be ecologically restored and added to Tewantin National Park, regenerating large swathes of native habitat and creating new jobs.

As in the United States, a state or national “forest” in Australia really isn’t a forest: it’s simply a commercial tree farm that happens to be publicly owned. In most cases, they don’t have much more biodiversity than a corn farm, or any other monoculture cropland.

Nicklin MP Rob Skelton welcomed the outcome, and said the project is expected to be completed in 2025, delivering massive restoration, conservation and social benefits for the region.

“The Kabi Kabi Peoples will work in close partnership with Queensland Parks and Wildlife Service to manage the Tewantin National Park,” Skelton said. “Many locals know Tewantin National Park provides a home for a diverse array of wildlife, and I’m looking forward to the next stages of the restoration work and the planting beginning.”

Chair of the Kabi Kabi Peoples Aboriginal Corporation, Norman Bond, said the project was important for the environment and the Traditional Owners.

“Kabi Kabi People look forward to working with Greenfleet and Noosa Landcare in providing training and future employment opportunities for our people and long-term protection of our country,” Bond said. “Our goal now is to progressively increase the management role of Kabi Kabi people in working with QPWS over our National Park country.”

Noosa MP Sandy Bolton said this is the culmination of decades of work by the community.

“This is both the end of a long-held vision and process involving many and the beginning of a new journey where over the next few years a total of 2,400 hectares will join the Tewantin National Park,” Bolton said. “This project and partnership is especially important to the current and future generations of our flora and fauna and all Queenslanders who will benefit from venturing through these lands.”

Minister Scanlon said it was a great example of collaboration among the Palaszczuk Government, councils, First Nations communities, industry and environment groups like the Noosa Parks Association to rehabilitate the environment and sprout new employment and training opportunities as part of the state’s COVID-19 Economic Recovery Plan.

“Tewantin and Noosa national parks play an incredibly important role in the local environment and also bring in thousands of tourists every year to this area – so any chance to expand it will reap huge benefits for the community,” Scanlon said. “The final harvest of pine and hardwood plantation timber in the state forest is expected to be completed soon, and following that the plantation areas will be revegetated with native species and the restored habitat progressively added to Tewantin National Park.”

“Since 2015, the Palaszczuk Government has increased the amount of protected areas across Queensland by 1.2 million hectares and this latest addition is part of a $1.4 billion investment in the budget to protect the environment, create jobs and expand our national park network,” she continued. “I know local MPs Rob Skelton and Sandy Bolton have been huge advocates for this project, and I want to acknowledge their role in this together with the Kabi Kabi People Aboriginal Corporation, community, council and industry.”

The transformation of ex-plantation state forests into new national park is part of the Yurol Ringtail Conservation Project, which began in 2018 as a partnership between the Department of Environment and Science (DES), the Department of Agriculture and Fisheries (DAF), HQPlantations, Noosa Shire Council and Noosa Parks Association.

Greenfleet Australia will invest up to $4.5 million in this project and they will secure the exclusive right to benefit from associated carbon offsets for 30 years, and they have engaged Noosa and District Landcare to assist with tree propagation and planting when conditions on the ground are suitable.

“This project will reduce the impacts of climate change at an incredible scale - sequestering hundreds of thousands of tonnes of carbon emissions,” Wescott said. “Greenfleet is combining that with a direct revenue stream for Traditional Owners and jobs on Country for Kabi Kabi people in a rich and sustaining partnership of which Greenfleet is very proud.”

Mayor Clare Stewart said Noosa Council welcomed the support of Greenfleet, the Kabi Kabi people and Noosa District Landcare for the next phase of the Yurol Ringtail Conservation Project.

“Revegetating the former timber plantation with native trees is a critical part of the project to help generate habitat for koalas and threatened species such as the Richmond birdwing butterfly and giant barred frogs,” Stewart said. “Transfer of rehabilitated forestry to Tewantin National Park will ultimately double the Park’s size and create a protected corridor to the Cooloola section of the Great Sandy National Park.

“Today, buoyed by the support of our new project partners, this is one of the most significant land conservation projects Noosa Shire has ever seen,” she concluded.

Michael Gloster from the Noosa Parks Association said the agreement lays the foundations for a formidable caring for country partnership with the Kabi Kabi People.

Photo of Tewantin National Park courtesy of Government of Queensland.