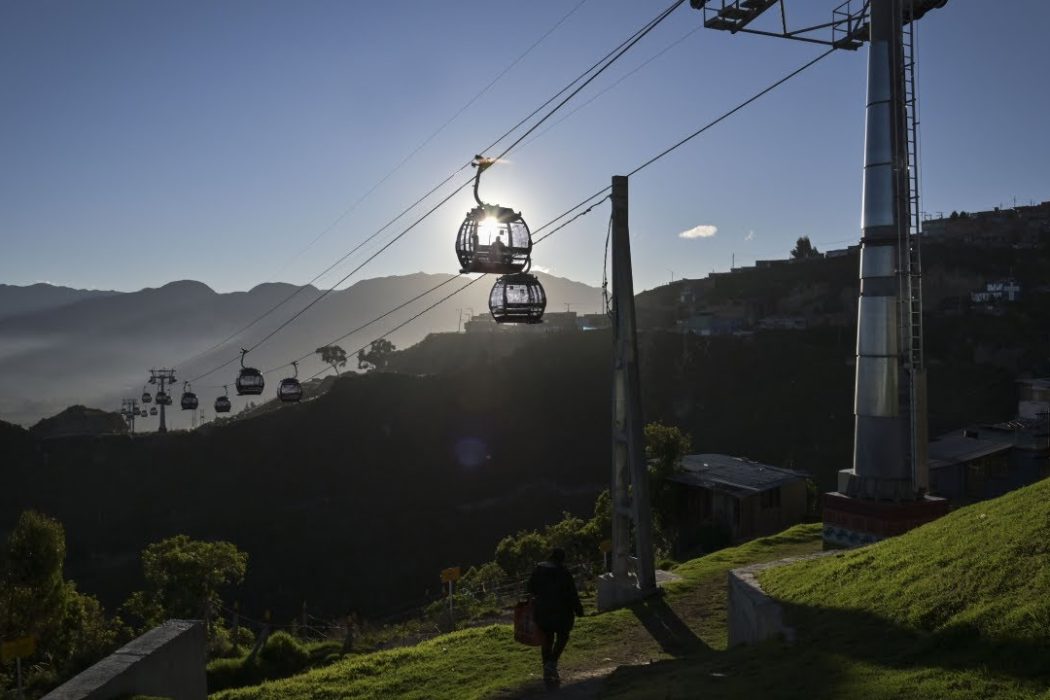 When Angelo León and his parents moved to Ciudad Bolívar, in 1990, shacks were beginning to sprout on the top of the imposing hills overlooking the central part of Bogotá, Colombia.

There was no sewage, no electricity, no telephone connection. Residents hauled water from a nearby spring on the backs of donkeys. There was little hope for progress.

“Most people arriving here were running away from some sort of difficulty. They needed some place to stay until they got back on their feet,” says 39-year-old León. 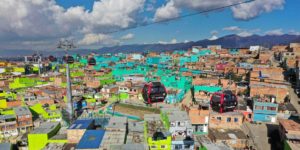 But those who made Ciudad Bolívar their home, like León, have witnessed important changes, including the gradual evolution of city services that meet their needs.

One of them—probably the most visible—was the arrival of an aerial cableway that now connects some of Ciudad Bolívar’s hills—the ones crossed by donkeys not long ago—to the city’s mass transit system.

TransMiCable has been a game-changer for nearly 20,000 residents who now use the system every day. Through the air, the trip takes about 15 minutes, compared to an average of one hour and 20 minutes on the overcrowded and outdated local buses that weave through the area’s winding, mostly unpaved roads.

International Finance Corporation (IFC, part of the World Bank Group) has supported the TransMiCable project as part of a $140 million financing package to the City of Bogotá that also included the expansion and upgrade of the TransMilenio bus system in other areas of the city.

The investment followed a three-year advisory program through the IFC’s Cities Initiative that aimed to improve the project’s environmental and social standards. The advisory program was implemented in partnership with the State Secretariat for Economic Affairs of Switzerland, SECO.

Changes in the Air, Changes on the Ground 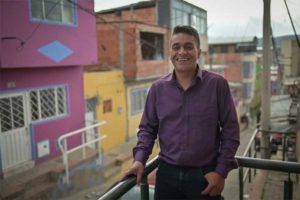 Angelo León lives next to one of TransMiCable stations, where there was no electricity or water 30 years ago. Photo © Luis Ángel/IFC

Over the past decade, Bogotá’s rapid urbanization has caused a spike in demand for transport—from 9 million trips per day in 1995 to 17.3 million in 2015. At the same time, low levels of investment in infrastructure have created significant challenges for the urban transportation system.

The situation is especially daunting in neighborhoods like Ciudad Bolívar, which started as informal settlements, without the benefits of urban planning.

TransMiCable, which began operating in December of 2018, has substantially improved the connectivity of the district, in Bogotá’s southernmost periphery, to other areas of the city. It has also become a landmark in Ciudad Bolívar. For residents and visitors alike, it is virtually impossible to miss the bright red little cars floating 270 meters above ground, in a stark contrast to the district’s densely populated hills.

Yet much of TransMiCable’s impact is equally noticeable far under its cables.

On a recent weekday, dozens of kids played soccer on a field in a newly built park next to one of TransMiCable’s four stations. Around it, freshly paved streets are bustling with passers-by.

Customers pack new restaurants and construction workers are building a one-stop shop that will provide public services to residents. For the first time, Ciudad Bolívar residents will be able to pay bills and request documents in their own neighborhood without having to travel to more central areas.

“Everything is changing,” says Alfonso Mateus, a community leader and a 20-year resident in the Manitas neighborhood. “Earlier, there were only dirt roads and practically no security. There were hardly any businesses because there was nobody to sell to,” he says, noting that even the local church is being expanded. 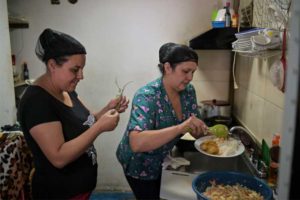 As the owner of a restaurant next to a TransMiCable station, Sandra Caicedo can provide for her family. Photo © Luis Ángel/IFC

Tienda JD is one of several businesses that opened because of TransMiCable. Its owner, Sandra Caicedo, says she turned a 3-by-8-meter room on the first floor of her brother’s house into a restaurant because of the high number of people going in and out the station nearby. “I’m making more money than I was in my previous job. Now I can help my kids pay for university,” she says.

Easier access for visitors from other parts of Bogotá, along with safer streets, are boosting attendance at local history tours and other cultural programs—many organized by local foundations with support from the city. Future plans include the construction of museums and cultural centers.

The fast-urbanizing City of Bogotá had these benefits in mind when officials green-lighted the project in Ciudad Bolívar, an area home to more than 700,000 people. Of this number, 90 percent of residents are considered low-income and over 10 percent live in extreme poverty, on less than $1.20 a day.

“Making it possible for people to spend more time with their families was the main objective, but we were thinking urban development. It was about reactivating a community,” says Yaneth Mantilla, former director at the city’s Institute of Urban Development (IDU, in Spanish). 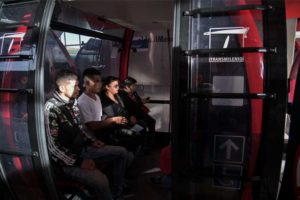 TransMiCable offers a faster, safer, and more reliable way for about 20,000 people to commute every day. Photo © Luis Ángel/IFC

So, an important part of the project was to learn the community’s concerns and address them, says Mantilla.

To do that, IDU led dozens of community meetings so citizens could voice their opinions. The city also invested in an unconventional approach to communicate with residents: the area’s children.

Workshops in Ciudad Bolívar schools reached nearly 34,000 students, who would then pass along what they learned about the project to their parents. After that, the entire community started to feel more engaged.

He said some residents were worried, for example, about the safety around cars traveling over their houses. IFC drew from lessons learned implementing similar projects in Mexico and Peru to help IDU with the task.

IFC also provided the city with support on devising an action plan to implement the resettlement of about 450 households, in line with IFC’s Performance Standards. Bogotá is currently working to implement the plan, with milestones specified as conditions to access IFC’s financing. 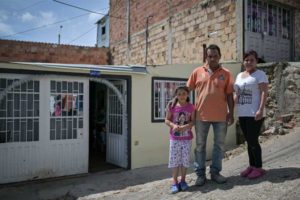 Armando Ruiz’s family had to move because of the project. “I’m improving the house little by little,” he says. Photo © Luis Ángel/IFC

At the end of the implementation, IDU will be equipped to apply the standards to future infrastructure investments.

This is especially important considering that the organization is currently responsible for the implementation of more than 150 different urban development projects in Bogotá, most of them at early stages of development.

Those communities might experience what Ciudad Bolívar residents felt following the attention to their neighborhoods: a sense of pride.

“We are now a stronger community,” says Angelo Leon. He lives a few meters away from a TransMiCable station, not far from the house his family built when they first arrived, 30 years ago.

This article was written by Inaê Riveras, IFC Communications.