February 21, 2020 was a day of celebration in Koné Béri, Niger. People gathered in the village for a ceremony 14 years in the making.

Some had doubted that a “crazy idea to sell the air,” as local communities referred to the sale of carbon credits generated from their agro-forestry plantations, would ever come to fruition. But on this day, leaders representing 26 rural communities accepted the first carbon credit payment ever made to Niger for reducing emissions. 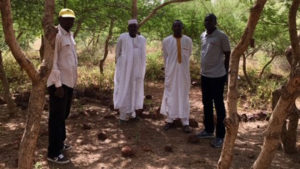 Members of the Tchida community showed us around their thriving Acacia plantation.

These communities spanning six regions of the country earned a combined $450,000 for the greenhouse gas sequestered by 7,200 hectares of Acacia Senegal trees. The communities planted the trees on once-abandoned land and nurtured them over 14 years as part of an afforestation agro-forestry project—part of the World Bank’s Community Action Program (known as PAC). The program, now its third and final phase, is the first of its kind in West Africa to earn carbon revenues.

This accomplishment was proudly shared by all of us involved in the project, namely Niger’s Ministry of Agriculture and Livestock, the dynamic Franco-Nigerien agri-business, Achats Service International (ASI), the World Bank and BioCarbon Fund, and over 100,000 men and women of the participating communities whose patience and dedication was a true inspiration. 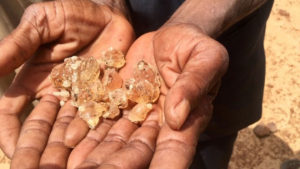 Communities tap their trees to collect the Arabic gum, which they sell to ASI for export. It is used as a stabilizer in the food industry.

Back in 2006 when the project launched, villagers were incredulous that someone would pay for the greenhouse gases that their trees could eventually capture. Their skepticism was valid; at that time, carbon offset markets were nascent with no track record of success. The project was a very early pilot that brought the BioCarbon Fund on board to buy carbon credits generated until 2020.

Far-fetched or not, project partners embraced the opportunity to reclaim deserted land and try new methods of agro-forestry to boost food supplies and incomes in some of the poorest areas of Niger. With consistent PAC training and support, community groups formed and worked together to raise knee-high Acacia Senegal saplings into mature groves.

The trees have yielded not only carbon revenue but many other important benefits. Acacia Senegal trees were chosen for their soil restoration properties and the Arabic gum they produce. The gum is used as a stabilizer in the food industry and, now, it is a source of income for communities who collect and sell it to ASI for export.

As the trees have grown, so too has the vitality of the soil. Communities can now intercrop their trees with food crops like cowpea, groundnut, and millet. Surpluses are sold at local markets. Animal fodder is also being grown to feed local herds. All of this is generating significant income and employment, particularly for women and young people, and helping to reduce the rural exodus currently experienced in Niger. 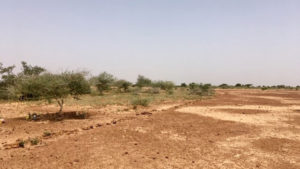 The difference is stark between the reclaimed land of Kogorou’s plantation on the left and abandoned land on the right.

It is incredible that these once degraded, abandoned drylands now support a variety of sustainable, income-generating activities and reconstituted natural habitats. The project has created microclimates and enabled the appearance of new plant and animal species.

When I visited the Tchida project site, I was surrounded by the vibrancy of nature. Birds flew through the greenery and the trees provided much-needed shade from the extreme heat. It contrasted starkly with the surrounding area, sunbaked and brown and in a continuous state of degradation.

After 10 years of diligent care, the plantations had enough volume to embark on the carbon certification process. By 2017, we were deep into it, measuring the diameter and height of trees in project sites across the country, calculating carbon sequestration, and engaging a third party to audit our results.

It took two years to complete, but in 2019, the UN issued the carbon credits generated by the project. ASI aggregated and sold these credits to the BioCarbon Fund, and has now distributed the carbon payments to all 26 participating communities based on the size of their plantations.

Communities are using the money in a number of ways, including to maintain and expand their plantations, purchase agricultural equipment and inputs, rehabilitate water points, provide much-needed supplies for local schools and health posts, lend to women and youth, and the list goes on. It is a double-win on top of the investments provided by PAC. 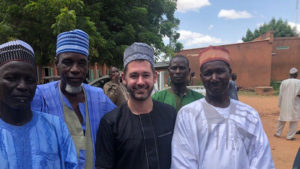 It was a truly special moment meeting community leaders and hearing how they plan to use carbon payments to invest in local development. I’m honored to have worked with them. Photo courtesy of World Bank.

At the payment ceremony in Koné Béri, community members noted that the World Bank had supported them all the way to finish line, saying it had not only “taught them to fish” so to speak, but also “provided the fishing net and boat!”

The project concludes in 2020, but community groups are well established and will continue cultivating their plantations with ASI as their partner.

Niger is at the frontline of climate change and desertification—at least 100,000 hectares of agricultural land is lost each year. To help ensure food security, the government seeks to build on successes like this project to restore 3.2 million hectares of degraded land by 2030.

Scaled-up investments and partnerships are needed to achieve this ambitious goal. Our pilot experience shows a great deal of time, commitment, and community involvement is needed to sustainably rehabilitate land through afforestation, but these 26 communities proved it is possible…and it can pay off.

Unless otherwise credited, all photos are courtesy of Mirko Serkovic.

This article by Mirko Serkovic originally appeared on the blogsite of the World Bank. Reprinted here by permission.