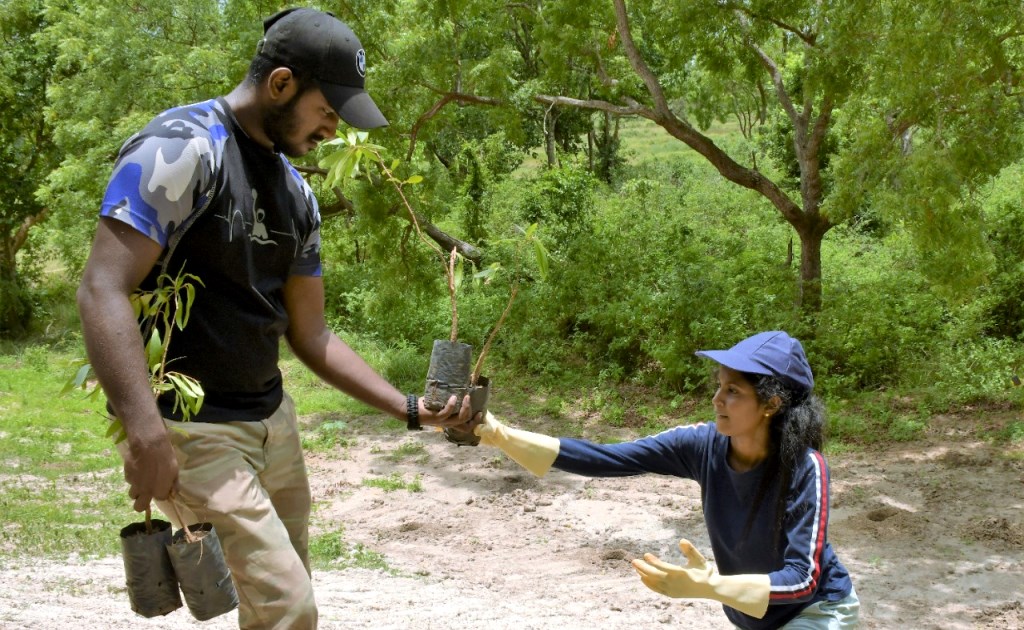 Over 2400 years ago, the ancient kings of Sri Lanka built a sophisticated network of small tanks connected by canals and large reservoirs, to collect and redistribute every single drop of rain the land received. The tanks were built in cascading systems, using the natural inclination and topography of the land, full of small watersheds. They kept the natural cycle of water through soil, vegetation and atmosphere.

The main goal of the system was to save and re-use water, allowing cultivation of rice in the Dry Zone. Tanks, paddy fields, watersheds, canals and natural ecosystems were perfectly interlaced. These cascades provided the ultimate solution for communities, particularly for smallholder farmers, to survive – providing both food and water security.

Today, many of these tanks need to be revitalized. Furthermore, with erratic changes in the climate, shifting from extreme drought to floods, these cascades now need to be upgraded.

Now, in September of 2019, the United Nations Development Programme (UNDP) and Reforest Sri Lanka recently partnered with a commitment to revive the cascade systems in the Dry Zone of Sri Lanka by pledging to plant approximately 20,000 trees this season. As a first step, 2000 trees were planted on September 13 and 14, 2019 around three tanks—Ulpathwewa, Athaudagama Wewa and Werewewa—in the Mamuwana cascade of Kurunegala.

Despite the importance of these water bodies much of it has been neglected by man. Furthermore, deforestation across the area has also made the area more dryer making survival difficult for communities and animals. The Dry Zone is now hotter than ever. Clean water and food are scarce and is often a luxury to the communities around. Farmers are struggling to make ends meet with crops dying, failing to make yield. Animals are affected too. Elephants are now increasingly making their way towards villages in search of water. This has increased human-elephant conflict within the area.

It is in this situation that the Government of Sri Lanka, is implementing the Climate Resilient Integrated Water Management Project (CRIWMP) with technical support from the United Nations Development Programme. This is a seven-year Project targeting vulnerable households in three river basins – the Malwathu Oya, Mi Oya, and Yan Oya (rivers)- which flows through the Northern part of the Dry Zone.

These river basins which are among the most vulnerable to the effects of climate change, have a high presence of village irrigation systems and cascade systems on which smallholder farming populations depend for their livelihoods – most of whom are women. The area also significantly lacks safe drinking water, which pose a high risk of kidney disease to communities.

Speaking about this initiative, Chief Technical Advisor for the Climate Resilient Integrated Water Management Project, Buddhika Hapuarachchi stated, “Climate change requires collective action from all of us. This tree planting campaign, is one such example, where different organisations and local communities can come together and work for a cause, that will benefit both the environment and the future generations.”

In the past, tanks in the Dry Zone had well maintained tree girdles along the upper shorelines when the tanks were full of water. Today, due to unsustainable human activities, only a few tanks are surrounded by tree girdles. These girdles protect the water reserves as a wind barrier to avoid dry wind, causing high evaporation traversing over the tank surface.

Native plants are therefore now being planted around these tanks to protect the water. The planting of these native trees is a building block to sustain the livelihoods of farmers in the Dry Zone and in protecting the entire cascade system which makes up an interwoven irrigation network of tanks, paddy fields, watersheds and canals – all part of one ecosystem.

Photo of tree-planting courtesy of UNDP.