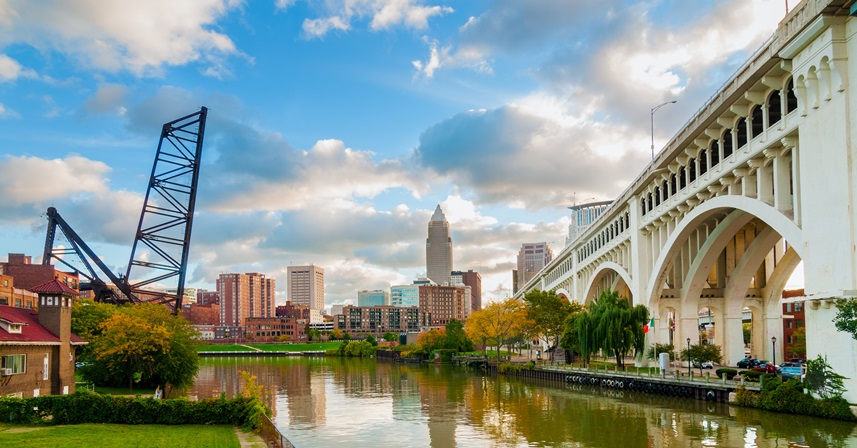 America finally seems ready to address its multi-trillion-dollar infrastructure backlog. But too many people assume that the backlog comprises only two categories: 1) New infrastructure that was needed, but never built; and 2) old infrastructure that needs to be renovated or replaced due to age and/or poor maintenance.

But, as readers of REVITALIZATION well know, there’s another vast category: removing or repurposing badly-designed and/or badly-located infrastructure. As my new Resilience Strategy Guide points out, almost all urban revitalization these days revolves around a process of repurposing, renewing, and reconnecting properties and assets. And poorly-planned (or merely outdated) infrastructure is a major component of that process.

In the excellent CityLab article by the great Anthony Flint that’s excerpted below, Flint argues that we shouldn’t rush into building infrastructure, despite the urgency of the need. We need to learn from the mistakes of the past before spending Dollar One.

[Excerpt from Anthony Flint article begins] Infrastructure is high on the agenda at the American Planning Association’s National Planning Conference, which began this weekend. The location—New York City—is a veritable showroom of projects. I took a sold-out Acela train that glided into Penn Station and carried on under the Hudson River, where a new tunnel is planned. The Second Avenue subway is up and running; north of town, a new Tappan Zee Bridge is being built.

The city planning directors from around the country who convened for this annual gathering got a tour of Hudson Yards, rising up near the convention center, and learned about the financing innovations that made it possible, including value capture—harnessing a portion of the massive increases in property values associated with the extension of the 7 subway line. 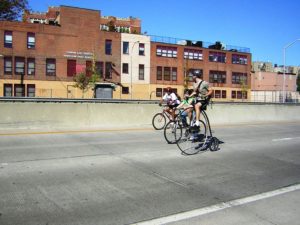 Bicycling on the Sheridan during Transportation Alternatives’ 2007 “Tour de Bronx”.Photo by Jim Henderson via Wikipedia.

But not far away, there’s a reminder of how urban infrastructure can go wrong: the Sheridan Expressway, a few miles away in the Bronx. The short stretch of highway opened in 1963 in the Hunts Point neighborhood, part of the road-building frenzy orchestrated by New York’s legendary get-things-done czar, Robert Moses.

Like many other extensions through urban neighborhoods under the Interstate Highway Act, the jumble of asphalt and steel accelerated blight in the community, and, some would argue, further facilitated white flight to the suburbs

Governor Andrew Cuomo now proposes spending $1.8 billion to dismantle it, in the same spirit of urban reclamation behind highway re-dos in other cities, from Boston’s Big Dig to San Francisco’s Embarcadero Freeway. The deconstruction looks very promising in many respects.

But it too is raising problems. Some fear the dismantling and redevelopment plan will fuel gentrification in the Bronx. So it is that a shovel-ready project from a half-century ago has become the bad gift that keeps on giving.