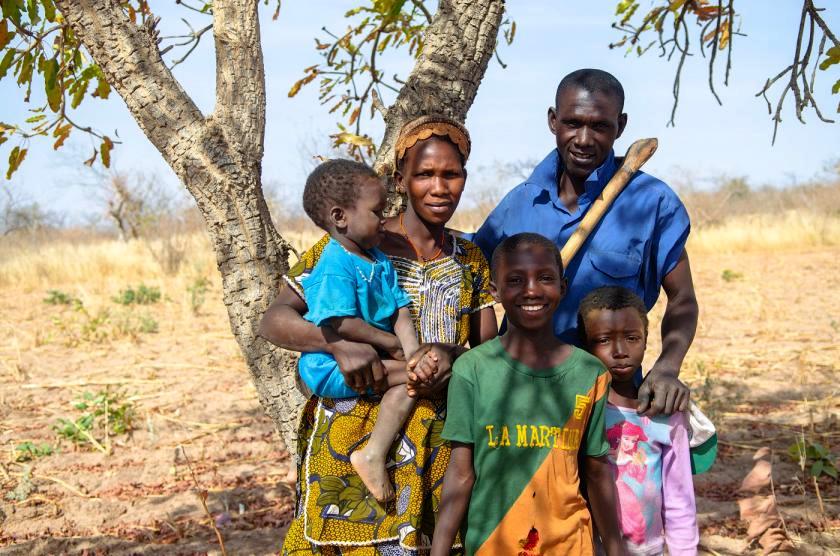 The United Nations Decade of Ecosystem Restoration declared on March 1, 2019 should encourage techniques such as those used in Niger and Mali where farmers are allowing natural regeneration to restore degraded land.

“The land was so degraded I could only plant every other year,” says Sidi Touré, a farmer in the Koulikoro Region of southwestern Mali. For years, Sidi had been struggling to make ends meet. “We would either run out of money or food and as soon as one ran out, so did the other.” He could not afford to send his five children to school. 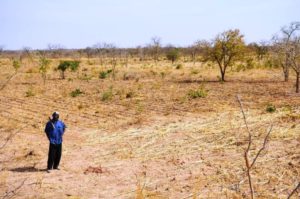 From his four-hectare farm he could barely produce 10–15 bags of millet and sorghum per harvest, a harvest supposed to feed his family for the next 24 months. “You could definitely say we were food insecure,” says Sidi. He described how his children often got sick for lack of a nutritious diet.

Like many local farmers, Sidi used to clear the farm for planting by cutting down the trees, burning the shrubs and getting rid of any foliage that covered his land. “I used to have shea trees and would cut them down when I was getting ready to plant. As a result, when the rains came, there was nothing to stop the water from flowing right through the farm, creating massive soil erosion,” says Sidi.

In 2014, Sidi and many other farmers in Kolokani Cercle (an administrative division in the region) joined an eco-agriculture project run by World Vision in the area. A major part of this project was teaching farmers to manage their land through a “farmer-managed natural regeneration” technique.

The technique has been successful in parts of Niger, Mali and Senegal, and involves allowing “suckers” to grow from tree stumps and roots, or from sprouted seeds; there must not be livestock on the land until trees grow and are strong enough to withstand nibbling. Trees are pruned rather than cut down and the foliage is left on the ground to create a mulch which improves soil fertility.

This was a completely new world for Sidi and his fellow farmers, but he decided to give it a go.

“I didn’t have anything to lose by giving it my best effort. They also advised us to build stone barriers around the farm to aid water retention,” Sidi explains. Five years later and Sidi is not only planting every year, his yield keeps rising. “Last year, I harvested two tonnes of millet and sorghum. And I have even branched into other things with my wife: she now harvests shea nuts from the trees and grows groundnuts.”

Today, Sidi’s farm is more productive than ever. His children eat three meals a day, go to school and have a brighter future. The family has not used chemical fertilizers or expensive pesticides. All it took was proper management of what they already had—land. “We are food secure and I can take care of my family. I can diversify my harvest and offset any potential risks from a failed crop or substandard harvest. All I had to do was create the conditions for my farm to take care of itself,” says Sidi.

World Vision Australia’s Tony Rinaudo is the winner of the 2018 Alternative Nobel Prize, and was recently appointed a Member of the Order of Australia, after more than 35 years of working with communities to regenerate degraded lands across Asia and Africa. Interviewed in 2014, he described the principles of this technique: 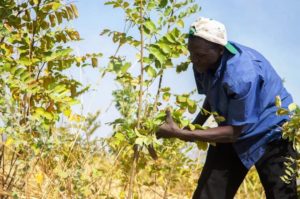 The technique relies primarily on the existence of indigenous tree stumps, roots and seeds in the landscape and it is these species which are regenerated.

Tree planting, though costly, allows the introduction of indigenous and exotic species and gives the farmer more choice, for example, high-value fruit or timber trees can be introduced to an area through tree planting.

“There’s no ‘one size fits all’ when it comes to landscape restoration,” says Tim Christophersen, head of UN Environment’s Freshwater, Land and Climate Branch, and Chair of the Global Partnership on Forest and Landscape Restoration of which World Vision is a member.

“We have established general principles for restoration, but different solutions will be required in different locations and different socio-economic settings. The recently declared UN Decade on Ecosystems Restoration 2021-2030 should lend impetus to a variety of efforts, including natural regeneration techniques,” he concluded.

All photos are courtesy of Samuel K. Owusu-Baafi / UN Environment. Featured photo shows Sidi Touré and his family, who are now more food-secure.

This article originally appeared on the UN Environment website. Reprinted here with permission.