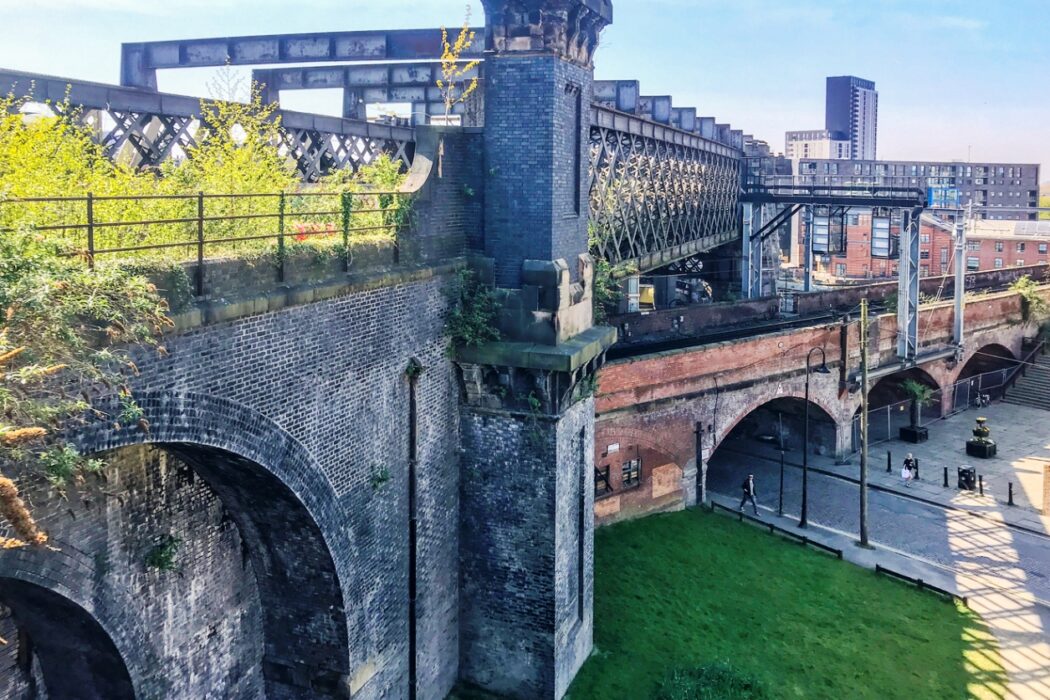 In Manchester, England, the National Trust is in the early stages of a project to bring Castlefield viaduct back into use, transforming it into a green oasis in the city. They hope to replicate the success of High Line Park in the lower west side of Manhattan, which repurposed and renewed an old elevated rail line, reconnecting and revitalizing local neighborhoods.

Working in partnership with Highways England’s Historical Railways Estate team, supported by Manchester City Council, Greater Manchester Combined Authority, the local community, businesses and supporters, the ambition is to transform Castlefield viaduct into an urban park and meeting place for people and nature that celebrates the remarkable industrial heritage of this part of the city. 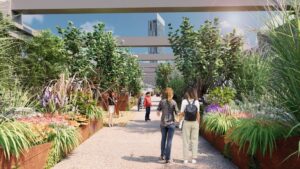 The Mayor of Greater Manchester, Andy Burnham, said: “The Castlefield Viaduct is such an iconic part of Manchester’s heritage, so it’s fantastic to see the National Trust’s plans for breathing new life into this landmark and I look forward to working with them to make this a reality. Greater Manchester’s parks and green spaces have been a lifeline over the pandemic, and we’ve all been reminded of how important access to nature is, which is why I’m committed to creating greener, more liveable communities. This project could make a big contribution to this goal – and help revitalise our city’s heritage at the same time.”

As well as connecting the local community with history and nature, it’s hoped that the viaduct will be a stepping stone to revitalizing other Manchester green spaces and nearby attractions, adding to the cultural benefits.

The viaduct was built in 1892 and constructed by Heenan and Froude, the engineers who worked on the iconic Blackpool Tower. It was used to carry heavy rail traffic in and out of Manchester Central railway station (now the Manchester Central Convention Complex) until 1969 when the station closed.

Since then the viaduct has stood unused with Highways England undertaking essential repairs and maintenance to keep it safe. The National Trust are now spearheading a project to re-purpose the viaduct and to bring it back to life as an urban park.

The initial plan is to open the viaduct next summer as a temporary park to test ideas and use the space to gather feedback for the viaduct’s longer-term future. To temporarily change the viaduct’s use next summer and open it to the public, the National Trust will be applying for planning permission in Autumn 2021. 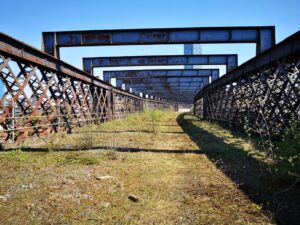 Duncan Laird, Head of Urban Places at the National Trust, said: “We’re delighted to be starting this project to bring new life to the viaduct, establishing its place in this vibrant area of the city. Our ambition is to give more people the opportunity to enjoy the health and wellbeing benefits of green, nature-rich havens on this remarkable heritage structure in the city. This feels especially important in urban areas like Manchester where there is need for more high-quality green spaces. This project will also help bring people back to the city centre and support local businesses to recover.”

“We want to work closely with local partners and the community to shape plans for the viaduct and make it happen together. We have some initial ideas, but we need others to share thoughts too. We’re inviting people who live near the viaduct to join one of our free online events to find out more or fill in our online survey. These events and the feedback we gather will really help us to make sure we get this right for Manchester,” he continued.

The project is part of the National Trust’s Urban Places work to address the inequalities in access to green space in and around urban areas. Their ambition is to give more people the opportunity to enjoy the health and wellbeing benefits of green, nature-rich parks and gardens. The pandemic in particular has highlighted significant inequalities in access to green space across Britain with 295 deprived urban neighborhoods described as :”grey deserts”, with no trees or accessible green space.

Mike Innerdale, Regional Director for the North at the National Trust, explained: “National Trust houses, gardens and outdoor places in the North West welcome over a million visitors every year. However, we understand that these places can be hard to reach for people who live closer to the city and access to good quality green space in urban areas is limited. The viaduct gives us an opportunity to create an accessible green space for the 50,000 residents living within a twenty-minute walk of the area of Castlefield. As well as transforming the viaduct into a green space for people, we recognise the viaduct’s importance to Manchester’s history and the need to protect it. Transforming the viaduct into an urban park will bring together nature, history and beauty which the National Trust was set up to protect 126 years ago.” 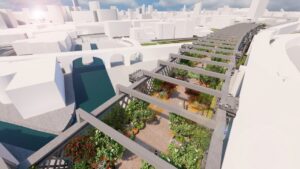 For several years, local people and organizations in the community have been passionate about finding a future for Castlefield viaduct. One important local partner is Castlefield Forum.

Calum McGowan, Chair of Castlefield Forum, said: “To be approached by the National Trust to help galvanise our community around this project is something we have run straight towards and we are thrilled to be working alongside them. From the humble beginnings of the Forum we have often stared up longingly at the old viaduct, thinking “what if?”. We have always had it in our sights to bring it back to life, but now there’s a very real chance the viaduct will be back in use. And sooner than we had ever expected.”

“It has always filled us with great sadness that such a historic structure for Manchester has been slowly corroding away. To have it alive with new purpose, bringing joy and respite to residents, workers and visitors will be simply outstanding. Castlefield will then be home to a third major attraction, following hot on the footsteps of The Factory and of course our beloved Science and Industry Museum,” he added.

All images courtesy of the National Trust.