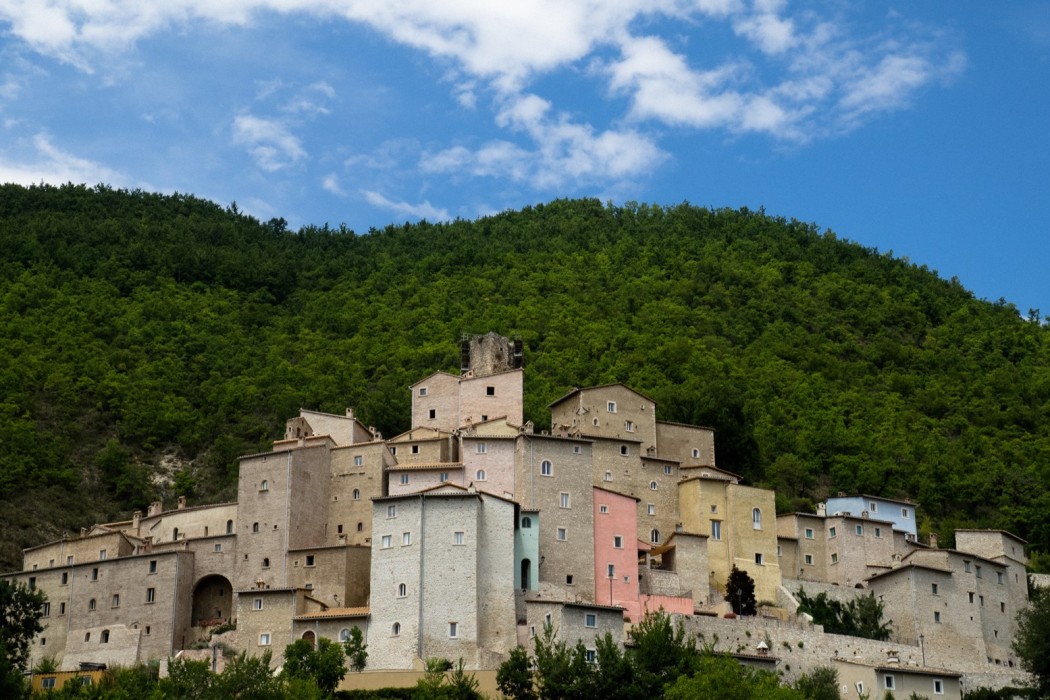 For hundreds of years — for twice as long as Manhattan has even existed — this place flourished as a bustling center for fabric-dying and wool-making artisans. But, oh, the earthquakes. Hilly and picturesque, the Italian village of Castello di Postignano shook and shook, leaving buildings crumbling and locals fleeing. By 1967, it was a ghost town.

But you wouldn’t know it now. These days, if you lumbered in with your fanny pack and brand-new Frommer’s — no doubt looking for a) a nice cathedral, and b) the nearest McDonald’s — you’d find a fully renovated town complete with lookout tower, surrounded by a cluster of pastel-colored houses. Just like the ninth century, before all the seismic party-pooping.

“What better life project could there be for any architect than to be given the chance to reshape an entire hamlet how he pleases?” says Gennaro Matacena, half of an architectural duo from Naples who, bewitched by this ghost town’s beauty, spent nearly a decade obtaining permits and doing construction.

In Italy, resurrection is a real thing. But it’s not happening at the Vatican: This is a new boom in real estate. Italy has nearly 20,000 of these ghost towns, or so-called “sleeping beauties,” just waiting for their prince or princess.

They stand — some, not so much — as a potential touristic resource that could help boost employment and revamp this country’s ailing economy. Indeed, a recent report found that culture and art could bring in an additional 214 billion euros, or nearly $234 billion, a year if better exploited in Italy.

“Culture … must be the fuel of our economy,” says Ermete Realacci, president of Symbola Foundation, a group that advocates economic development.