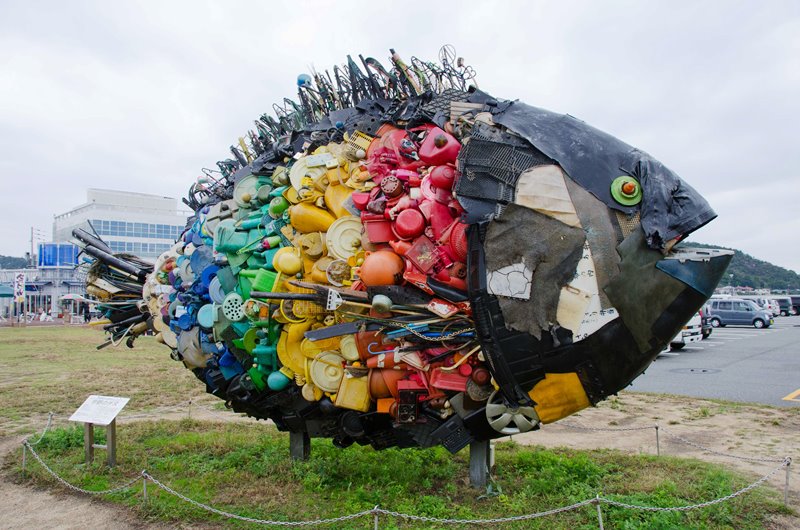 Modern art festivals featuring various forms of work are being increasingly organized by local governments. These include events that contribute to regional revitalization by attracting crowds of visitors.

Some of these works are difficult for the general public to comprehend, but if they are displayed in places unique to regions — including satoyama seminatural areas, closed-down schools or formerly thriving wholesale districts — they can convey a distinct atmosphere.

One factor behind the rising boom for outdoor art festivals could be the sense of the extraordinary, or openness, that is somewhat different from what you would expect at museums with masterpieces from various countries and periods.

Works inspired by local nature, history and industry impart a spirit of the times. Such artworks have a latent power to re-demonstrate the value of one’s hometown by bringing people closer to art.

Survey results compiled by the Cultural Affairs Agency in spring last year found that modern art festivals play a certain role in tackling issues facing regional areas, such as declining and aging populations. Remote islands, for example, have noted an increase in the number of young people moving to them.

In its Japan Revitalization Strategy, the central government has called for regional revitalization by tapping cultural resources. Local governments sponsoring art festivals should try to organize events that do not end up as mere brief successes.

Photo of the Setouchi Triennale 2016 by navitimejapan.com