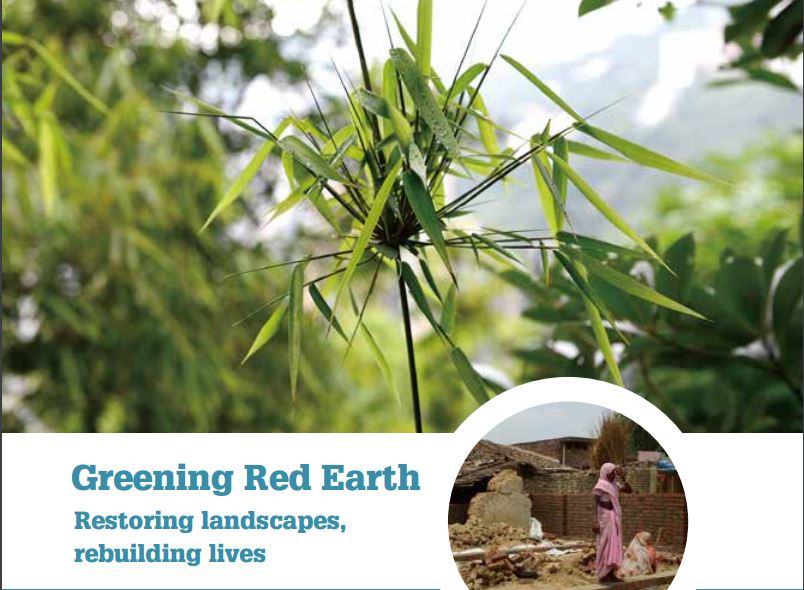 Bamboo has been at the vanguard of pioneering landscape restoration work in India, for almost 20 years. In that time, over 85,000 hectares of devastated land has been brought back into productivity, and thousand of rural livelihoods have been rebuilt.

By the 1990’s, people in western Allahabad, India, where the farmers had earlier sold their topsoil to brickmaking companies to produce much needed building materials for India’s rapid development, were moving away to the cities to find work, because the land was so devastated it was impossible to grow crops there, nor to make a living from it.

At the time, INBAR, the Indian Council on Forestry Research and Education and the Indian NGO Utthan suggested to the local residents that a regreening programme based around bamboo would help bring the land back to productivity, and incomes back to the villagers and the new project started on 106 ha in two villages west of Allahabad in 1996. The results have been astounding:

Over the years the project has expanded to include natural resource based development option, including biofuels for power generation, which have helped save millions of lives by enabling essential vaccines to be refrigerated prior to use.

The project has grown to encompass integrated community development, including the establishment of schools and colleges that provide education from kindergarten to postgraduate university level, educating over 40, 000 students to degree level each year.

The project has also expanded to other parts of northern India, too, and has regenerated over 85, 000 ha of land four more districts of Madhya Pradesh, nine in Uttar Pradesh, two in Chattisgarh, as well as in Bihar.

With the world’s population set to reach 9 billion by 2050, the need to bring back rapidly into productivity the almost one third of the land classified as highly or moderately degraded is clear. Bamboo has proven itself as an excellent means of doing so.