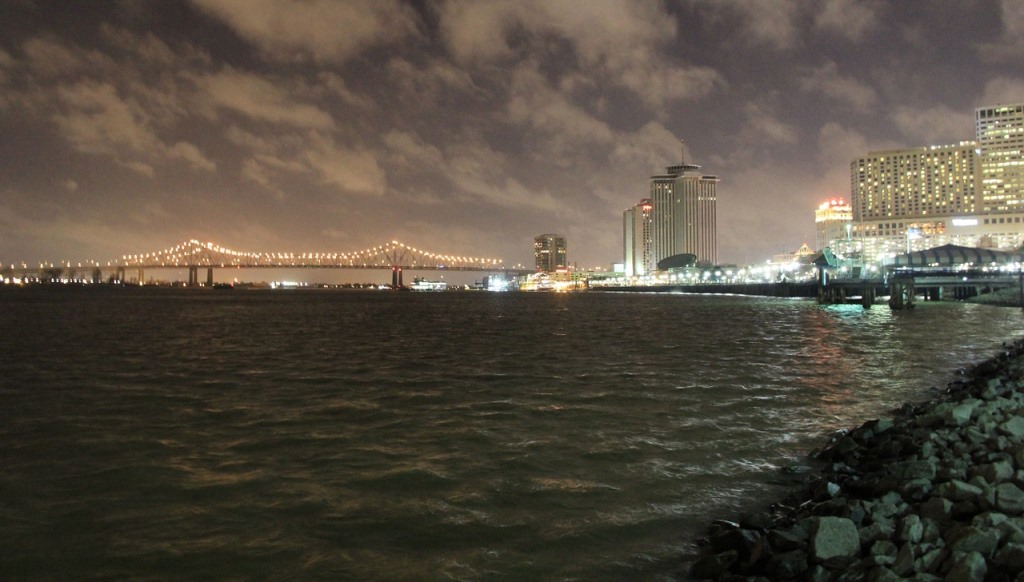 Back in July of 2008, a barge owned by American Commercial Barge Line LLC (American Commercial) discharged approximately 6734 barrels (282,828 gallons) of No. 6 fuel oil into the Mississippi River upriver of New Orleans, Louisiana.

The oil spill spread more than 100 miles downriver and covered over 5000 acres of shoreline wildlife habitat. The oil spill caused significant impact and injuries to aquatic habitats within the Mississippi River and along its shoreline, as well as to birds and other wildlife.

The spill also forced the closure of the river from River Mile Marker 98 (just upriver from New Orleans) to the Southwest Pass Sea Buoy, from July 23, 2008 until July 29, 2008.

American Commercial, the Coast Guard, and the State of Louisiana were involved in extensive response and cleanup efforts, and American Commercial has cooperated with the federal and State trustees in the assessment of injuries to natural resources.

Now, on October 4, 2021, Jeffersonville, Indiana-based American Commercial agreed to acquire, restore and preserve 649 acres of woodland wildlife habitat near New Orleans, and pay over $2 million in damages. This is in addition to $1.32 million previously paid for damage assessment and restoration planning costs, under the Oil Pollution Act (OPA) and the Louisiana Oil Spill Prevention and Response Act (OSPRA), to resolve federal and State claims for injuries to natural resources resulting from the spill.

“This settlement secures full compensation for the damaged resources, including the permanent preservation of 649 acres of critical wildlife habitat along the Mississippi River just a few miles from downtown New Orleans,” he added.

“Local communities and economies in Louisiana depend on the Mississippi River and the vibrant ecosystems it supports,” said Director Nicole LeBoeuf of NOAA’s National Ocean Service. “We are pleased to join with industry and our co-trustees to restore vital habitats, wildlife, and outdoor recreational areas injured by the oil spill, and look forward to working with the public to implement restoration projects.”

The United States and Louisiana concurrently filed a civil complaint with a proposed consent decree. The complaint seeks damages and costs under OPA and OSPRA for injuries to natural resources resulting from American Commercial’s July 2008 discharge of approximately 6,734 barrels (282,828 gallons) of No. 6 fuel oil into the Mississippi River upriver of New Orleans. The complaint alleges that the spill resulted from a collision that occurred when the American Commercial tug Mel Oliver, which was pushing a barge upriver, veered directly in front of the MV Tintomara, an ocean-going tanker ship sailing downriver.

“Safeguarding the environment is one of the highest priorities for the Department of Justice,” said U.S. Attorney Duane A. Evans for the Eastern District of Louisiana. “Ultimately, this case demonstrates the DOJ’s firm commitment, along with our federal and state partners, to utilize the full panoply of legal remedies available to protect and remediate vital water sources and the diverse ecosystems found in southeastern Louisiana.”

“The wildlife resources and outdoor recreation opportunities of the lower Mississippi are critical to Louisiana’s rich natural heritage,” said Regional Director Leopoldo Miranda-Castro of the U.S. Fish and Wildlife Service’s South Atlantic-Gulf & Mississippi-Basin Regional Office. “This settlement will allow for the restoration of lost resources and services and will facilitate locally-driven conservation and management that ensures equitable access to the connected local communities.”

Under the proposed consent decree, American Commercial will acquire (at an estimated purchase price of $3.25 million) and preserve 649 acres of woodland habitat, consisting of hardwood forested wetland, swamp, relic wetlands, and open waters (i.e., canals), near the Mississippi River in upper Plaquemines Parish, Louisiana (Woodlands Parcel). The Woodlands Conservancy, a local nonprofit that currently manages the property for recreational and educational use, will hold title to the property and a conservation servitude will forever limit the use of the Woodlands Parcel to passive recreation, thereby protecting and preserving the ecological benefits of the property.

American Commercial will also pay $2.07 million to compensate for natural resource damages from the spill. The federal and State trustees will jointly use the cash payment to perform projects to restore or ameliorate the impacts to aquatic life, birds, river batture, wetlands, marshes, and recreational uses along the Mississippi River.

The projects, which are described in the final Damage Assessment and Restoration Plan and Environmental Assessment, Mississippi River Oil Spill, Gretna – New Orleans, Louisiana, July 23, 2008, include habitat restoration activities at the Woodlands Parcel and marsh creation in the Pass-a-Loutre State Wildlife Management Area. American Commercial has paid $1.32 million to reimburse the federal and State trustees for their past damage assessment and restoration planning costs, as required under OPA and OSPRA.

In an earlier related OPA enforcement action filed in 2011, the Department of Justice secured a settlement with American Commercial for $20,000,000 to reimburse the United States for OPA removal costs and damages.

The proposed consent decree is subject to a 30-day public comment period and court review and approval.

Photo of Mississippi River at New Orleans by Jane Hawkner from Pixabay.

See the consent decree on the Department of Justice website.