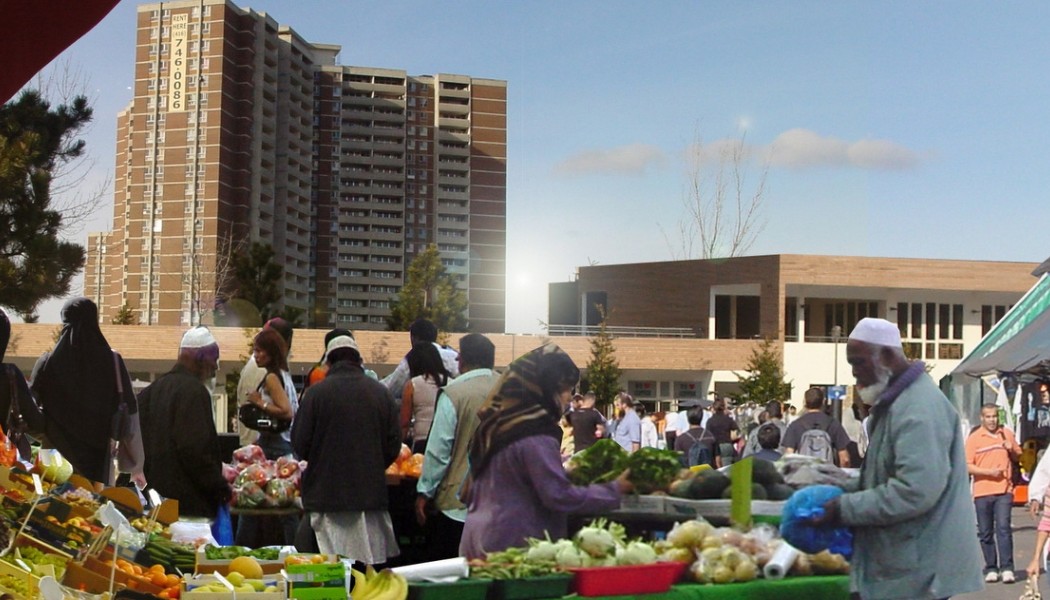 Decades ago, modern living was sold to Toronto, Ontario residents as owning or renting a suite in a concrete high rise surrounded by luscious green space, far away from a decaying downtown core.

The “tower in the park” model became the city’s main solution to the lack of housing in the post-World War II era. Between the 1950s and 1980s, 3,200 towers of five or more storeys were erected in Toronto’s suburbs, most of them within carefully planned, self-contained communities. The Toronto metropolitan area boasts the highest concentration of high-rise buildings in North America after New York.

Eventually, however, many of these towers became de facto affordable housing for a city that never built sufficient public housing. Some turned into “arrival cities” for immigrant families during their first years in Canada — although many of these newcomers have chosen to stay in the buildings permanently.

Over time, the towers have lost their initial luster; amenities such as swimming pools, tennis courts and communal spaces are long gone. Residents of the worst-kept buildings complain of frequent elevator malfunctions, poor maintenance and bug infestations. Some neighborhoods face high crime rates.

Many Torontonians believe the towers should go the way of Regent Park — Canada’s largest and oldest social housing project, located in downtown Toronto, is currently being torn down to make way for a mixed-income, mixed-use neighborhood with enhanced public space and services. But the sheer number of Toronto’s towers makes demolition unimaginable — it would be too costly, environmentally wasteful, and perhaps entirely misguided.

“The popular demolition of social housing or tower blocks is just a political statement,” says Graeme Stewart of ERA Architects. “You’re demolishing the symbol of social failure, you’re not addressing the root causes of it.”

Stewart has become an evangelist for the idea of rehabilitating the towers into vibrant places rather than tearing them down.