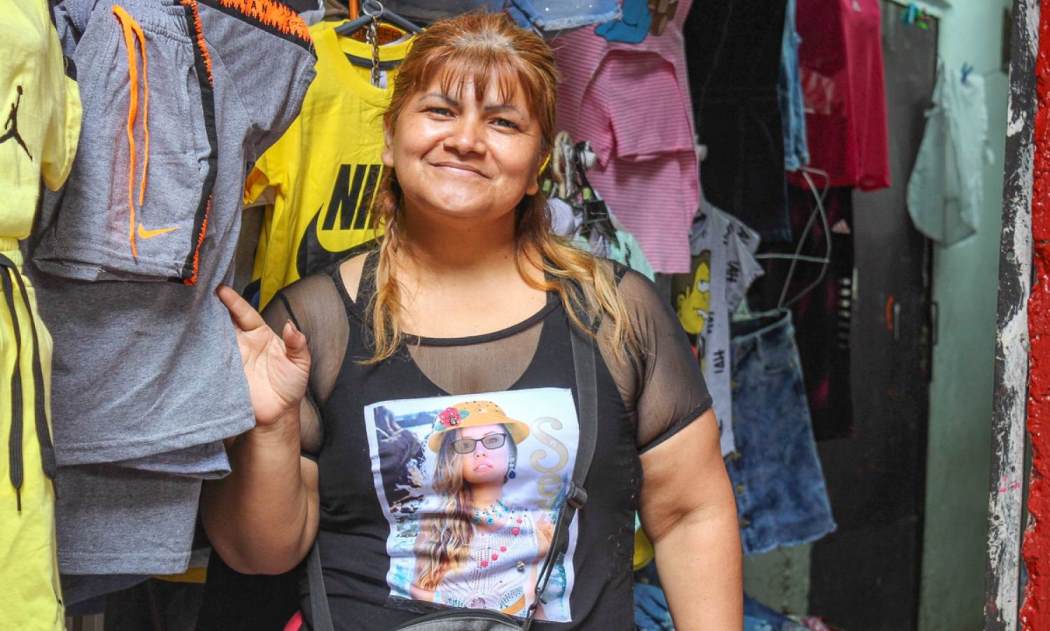 Standing next to his self-built home reached by a steep ladder in a Buenos Aires slum, resident Miguel Romero is skeptical about the future despite ambitious government plans to improve the oldest shanty area in Argentina’s capital.

“I built this home 11 years ago with good materials,” Romero, a former builder turned taxi driver, said of his brick two-bedroom house.

City authorities have invested millions of dollars to develop and improve the sprawling Villa 31 slum in the heart of Buenos Aires.

Home to about 43,000 people, the informal settlement stands in sharp contrast to the city’s most affluent residential neighborhoods with French-inspired architecture and clean, leafy streets just a short walk away.

Over the past decades, Villa 31 has become a symbol of the deep divide between rich and poor, along with the challenges that come with urban development and improving the lives of people living in informal settlements.

The brightly painted green and pink three-story buildings of Villa 31 have been expanding under the threat of eviction since the first families moved here in the 1930s.

But in the past four years, city hall and government authorities have invested in projects to give formal land titles to local residents.

Other investments include connecting some homes to sewage, water and electricity systems, and building new houses, a school and several playgrounds and football pitches.

Several new government offices are also set to move into the area, including the soon to be inaugurated ministry of education, as well as a McDonald‘s fast-food restaurant which is expected to employ about 80 residents in early 2020. 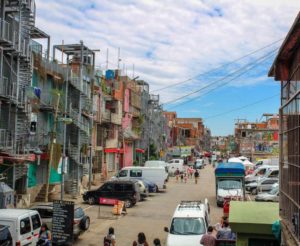 Yet Romero and other local residents, many of them poor immigrants from neighboring Paraguay and Bolivia, are not sold on the renewal plans.

Some Villa 31 residents say they have not been properly consulted in decisions about the area’s development and their needs have not been taken into account.

They fear development projects are going to push those with fewer resources out of the area which sits on prime real estate in one of Buenos Aires’ most expensive areas.

Signs of such concerns and discontent became apparent during the general and local elections in October last year.

Only 20% of Villa 31 residents voted for Buenos Aires mayor Horacio Rodriguez Larreta – the name and face behind the urban renewal drive.

Back in 2016, city authorities offered Romero and his family a bright new apartment, a few blocks away from his existing home. He declined. “The new homes aren’t built as well, and they are too far away, so we’re not leaving,” 43-year-old Romero said.

The government should make more efforts to consult with them when it comes to deciding on what they need amid Argentina’s deteriorating economy, many residents said. They want a balance between immediate and long-term needs, like jobs, healthcare and education.

According to urban experts, authorities prioritized fast development instead of reaching a consensus about development plans for the area, and the project lacks an overall vision.

“Many residents feel they weren’t included in the decision-making process. This level of uncertainty generated a lot of problems, fear and distrust. Many say this has been a lost opportunity,” said Pablo Vitale, co-director of the Civil Association for Equality and Justice, an Argentine human rights group.

But city authorities say efforts have been made to improve Villa 31 beyond just building new homes and connect it with the rest of the city.

“The project isn’t just about homes,” said Juan Salari, an official from the Buenos Aires sub-secretariat of infrastructure. “This is about integration and transformation. The idea is for the Villa 31 to be like any other neighbourhood. We want to break with the idea of the ghetto,” he told the Thomson Reuters Foundation. 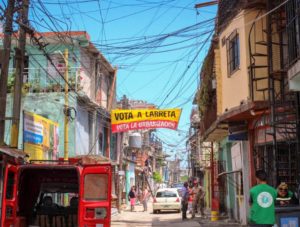 Another view of Villa 31.Photo by Patricio A.Cabezas.

The narrow streets of Villa 31 are filled with cranes and construction workers as they build new buildings and homes. Tall fences guard newly finished projects, with large banners displaying “before and after” photos to show, and remind, locals of the progress made so far.

About 800 apartments built in warehouse-style buildings four stories high are meant to house families who have been living under a busy highway.

So far, 150 families have moved into the new apartments, after signing 30-year-long mortgages with monthly payments based on their income.

Authorities have also built some 126 additional homes in another part of the settlement for people who lost their homes after new development projects began. To pay for their new properties, the residents’ current homes have been valued and will serve as partial payments for the new ones, officials say.

But some residents are wary of signing such contracts, a rarity in Argentina where long mortgages are practically non-existent because of ever-fluctuating interest and inflation rates.

“I saw the new apartments. They are very nice but they don’t look stable and it’s too far for people to get to. I’m staying here, although we don’t know what’s going to happen to us,” said local resident Rocio Martinez, who runs a clothes stall.

City official Salari said if families cannot make their mortgage payments—a scenario many fear in a country with nearly 45% annual inflation and high unemployment—then authorities will step in with solutions. “We work with residents and we’re always negotiating. It’s challenging,” Salari said. “People are anxious because of the economic situation and that’s understandable,” he added.

According to Barbara Bonelli, an official at the Buenos Aires Ombudsman’s office, much of the fear stems from long-standing mistrust between residents and authorities.

“For many years, residents of Villa 31 felt abandoned,” Bonelli said. “It’s a very large and heterogeneous community with many different political parties involved, so it’s often hard to reach agreements”.

“If you look at the money the government has invested, we should be a lot better off. The question is: why isn’t that happening?,” said Maccio. “People here work and study very hard to try and improve their lives. Why doesn’t anybody invest in that?”

This article by Josefina Salomon (edited by Anastasia Moloney and Astrid Zweynert) originally appeared on the website of the Thomson Reuters Foundation, the charitable arm of Thomson Reuters. Reprinted here (with minor edits) by permission.