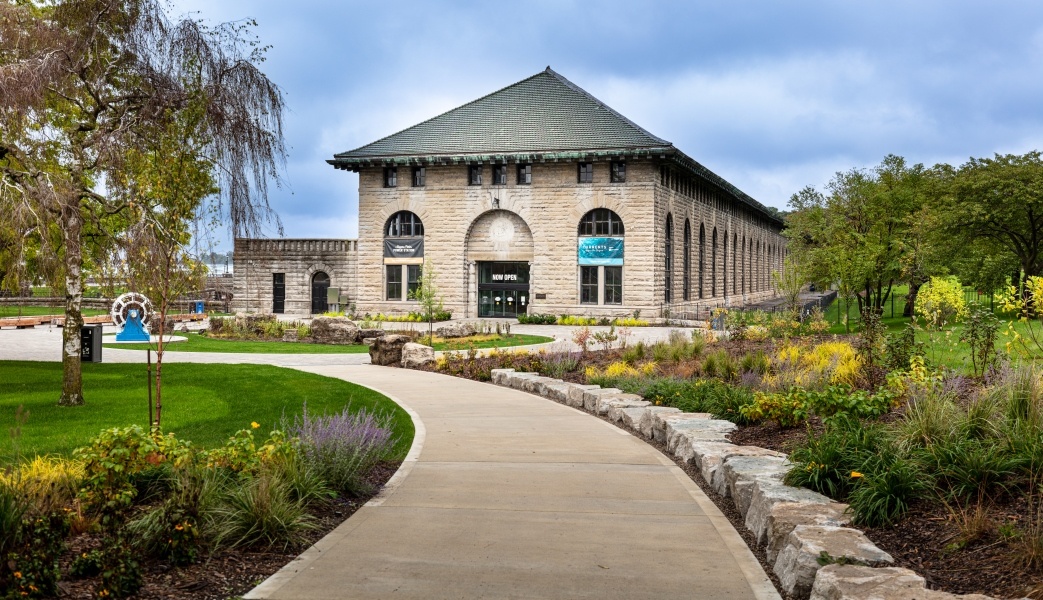 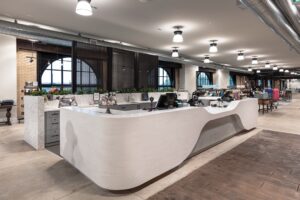 Constructed between 1901 and 1905, the NPPS occupies a unique position in the history of the electrical and industrial revolutions, for it is here that George Westinghouse and his business partner Nikola Tesla used their generators and alternating current (AC) to supply electricity on an unprecedented scale.

Financed by J.P. Morgan and other business titans who recognized the transformational impact of this power station, NPPS became the global model for the fledgling hydroelectric power industry.

Now the NPPS is poised to revitalize the economy of Niagara Falls once again.

As part of a team engaged by Niagara Parks across numerous industries, +VG Architects undertook—as Architect of Record—the adaptive reuse of the station into an educational and entertainment destination that brings the magic of electricity and its history alive. 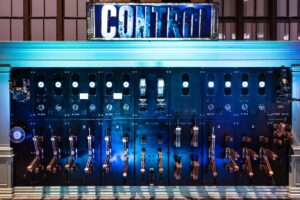 The project won the 2021 Lieutenant Governor’s Heritage Award for Excellence in Conservation.

“Converting such a historic property, located at one of the world’s wonders, is a once-in-a-lifetime opportunity and a great honour,” said Paul Sapounzi, President and Managing Principal of +VG Architects. “And now, with renewable, carbon-zero power sources in the news, this building, the prototype for green energy generation, is more relevant than ever.”

“As the stewards of the last power station in the world of this size and vintage that’s completely intact, we wanted to maintain the building’s heritage, while developing Niagara Falls’ newest attraction,” said Kim Viney, Senior Director of Business Development at the Niagara Parks Commission. “This is a key monument in Canada’s cultural and economic history.” 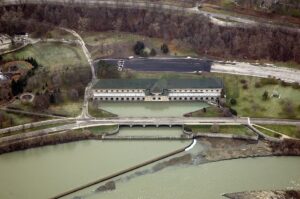 The generator hall is the major, defining space within the powerhouse. An imposing 587 feet (179 meters) long and 102 feet (31 meters) wide, it contains Westinghouse’s and Tesla’s 11 generators, a parallel row of breakers and a travelling overhead crane.

Adjoining the generator hall is the inner forebay, the area where water from the Niagara River was filtered by the fine ice rack to remove ice and debris before entering the penstocks, the massive pipes delivering water to the station’s turbines.

Scope of Work and Design Interventions 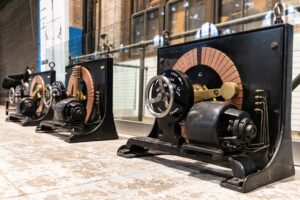 +VG was Architect of Record and contract administrator on the project. Having written the Strategic Conservation Plan for Queen Victoria Park, the district that includes the NPPS and its two sister decommissioned power stations, +VG tackled the key design elements of the station’s adaptive reuse, a challenge that required strict adherence to Ontario’s building code and safety regulations, while preserving the building’s historical integrity and as much as possible of the public’s view of the powerhouse’s original operation areas and equipment.

“Because of the powerhouse’s excellent condition, we focused our approach on stabilized conservation, instead of restoration or renovation, treating the building’s cumulative history and all its layers as a living document,” said Sapounzi. 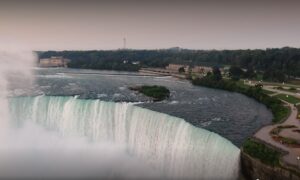 Lastly, beginning in July 2022, a new glass-walled elevator will descend 180 feet (55 meters) down through the power station’s vast underground passages to the wheel-pit floor, where a 2,200-foot-long (671-metre) tailrace tunnel with interpretive media installations will lead visitors to a portal and a new viewing platform that extends into the lower Niagara River at the base of Horseshoe Falls.

Building safety was paramount for an attraction that will host thousands. Fire-control measures include a new fire-alarm system, sprinklers throughout, one-hour horizontal and vertical fire separations between all floors and at new entrances and exits; new exit stairs at each end of the building for all floors and the roof; and protected corridors, refuge areas and additional escape routes. 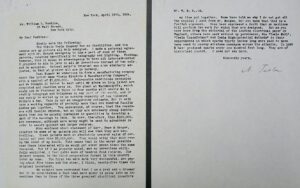 “We are thrilled, and so proud of our new attraction,” added Ms. Viney.

“During the day, the building and its artifacts bring to life its history and breakthrough technology to show how electricity was generated here for 100 years. On weekends, children can attend workshops to explore their curiosity and creativity through science, technology, engineering and mathematics. At night, an exciting interactive sound-and-light show, Currents: Niagara’s Power Transformed, uses 3-D projections to immerse visitors in the path of a drop of water from Horseshoe Falls as it enters the station, travels through the turbines and is changed into electricity. We’ve put the magic and majesty of the falls back at the core of the visitor experience and are looking forward to hosting visitors from around the globe in the years to come,” she concluded.

With offices in Brantford, Toronto and Ottawa, the firm is known for educational, heritage, institutional, cultural, residential, and recreational work throughout Ontario.

Unless otherwise credited, all photos are courtesy of Niagara Parks Commission.