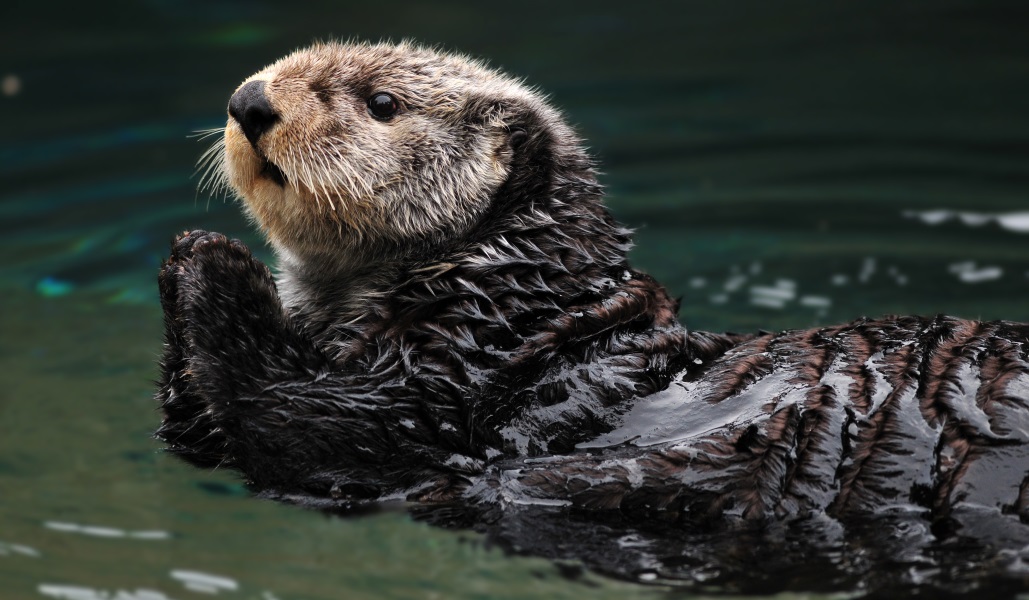 The population of threatened southern sea otters in Elkhorn Slough, an estuary in central California, has made a significant comeback as a result of Monterey Bay Aquarium’s Sea Otter Program. And the local ecosystems have been restored as a result.

A newly-published study in Oryx—The International Journal of Conservation documents 15 years of research showing how the program helped restore the population in the coastal estuary, with surrogate-reared otters and their descendants accounting for more than 50 percent of observed population growth during that period. The study’s findings also demonstrate the potential benefits of reintroducing otters into other California estuaries where otter populations once thrived.

The increased sea otter population in Elkhorn Slough brought many ecosystem benefits, documented in other studies, which helped restore the degraded estuary, which is a vital spawning habitat for many fish species and an important part of the Pacific Flyway for migratory birds. In particular, sea otter predation on various species of crabs allowed eelgrass beds and the ecological communities they support to recover and thrive.

“If otters do great things, and there are places missing otters, and we now have a way to change that, why wouldn’t we want to do it? Let’s fix this,” said Dr. Kyle Van Houtan, chief scientist at Monterey Bay Aquarium. 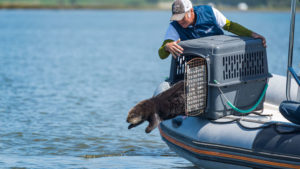 Monterey Bay Aquarium began placing rescued sea otters in Elkhorn Slough as part of its collaboration with state and federal authorities to restore the threatened southern sea otter population. The species was nearly hunted to extinction in California during the fur trade in the 18th and 19th centuries.

The state’s population has slowly increased to just over 3,000 sea otters between Santa Cruz and Santa Barbara, but the otters have yet to return to their full historical range from Alaska, down the coast of California to Baja California in Mexico.

Monterey Bay Aquarium is the only facility with a sea otter surrogacy program, in which non-releasable females raise rescued pups for return to the wild. The program enabled the aquarium team to conduct this first case study using this method to boost a wild population. The aquarium chose Elkhorn Slough for the study because it contained relatively abundant prey resources, accessible vantage points and waterways to monitor released otters.

In addition, the location already supported a small population of male sea otters. Study data were based on the releases of 37 sea otter pups rescued by the Sea Otter Program from 2002-2016. These otters were cared for using the aquarium’s resident sea otters as surrogate mothers, and then released as juveniles into Elkhorn Slough.

Key findings of the study include:

Aquarium researchers say the young sea otters were able to establish their new home in Elkhorn Slough because they were ecologically naïve to the estuary.

“They just hadn’t been alive long enough to establish any kind of home range. In many cases, they probably stranded the same day they were born,” said Karl Mayer, sea otter field response coordinator at Monterey Bay Aquarium and lead author of the study.

Van Houtan and Mayer point to the case of one of the rescued pups—sea otter 327—as emblematic of the study. Otter 327 was orphaned at three days old after washing ashore at Morro Strand State Beach in 2005. She was brought to the aquarium and raised by a surrogate mother, learning how to groom, forage and other necessary skills to survive in the wild. She was ultimately released into Elkhorn Slough where she has since given birth and reared her own pups in the wild.

“There are many locations along the California coast where sea otters were not only historically present, but would also benefit from having otters return there,” explains Van Houtan. “We’re just starting to see the extensive and positive impacts associated with a growing and healthy otter population.”

The aquarium is now evaluating Morro Bay as a potential site along the Central Coast for the reintroduction of sea otters. Morro Bay currently supports a small population of resident otters, and the area is within the species’ current existing range. Like Elkhorn Slough before the return of sea otters, its eelgrass beds are in poor condition.

“Trying to duplicate the program’s success in Morro Bay makes sense as a next step,” said Mayer. “We want to show that this is not just unique to Elkhorn Slough.”