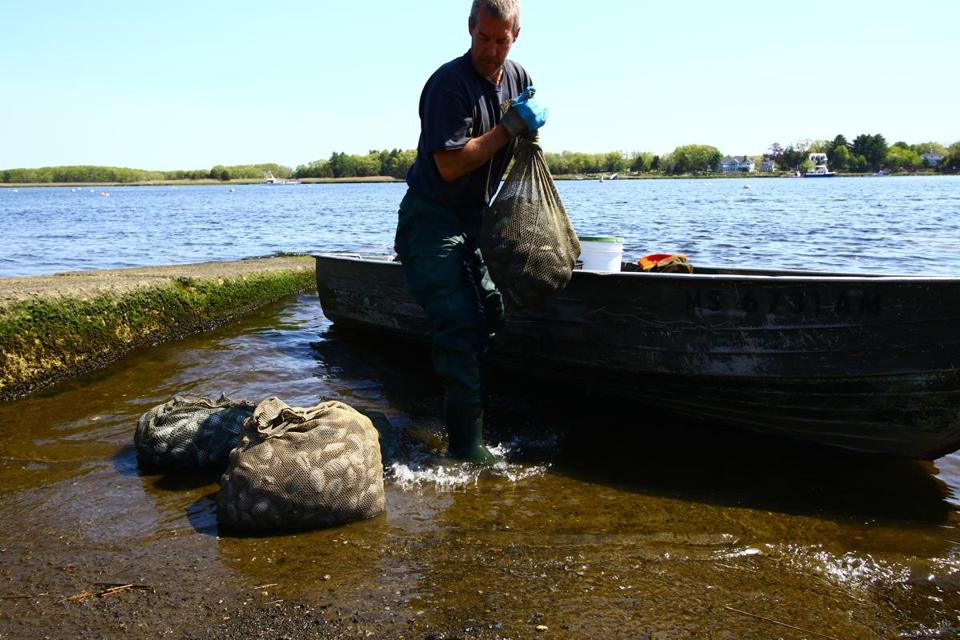 Alec Maxon used to be a chef at a fine-dining restaurant before joining the community of commercial clammers part time 15 years ago.

He made it a full-time gig in 2013, trading long hours in a hot kitchen for “four hours in the mud.” This year, Maxon and other clammers have 215 additional acres in which to dig.

By Shellfish Constable Paul Thistlewood’s count, more than 40,000 pounds have been harvested since clamming began in early April.

Since 1986, the clam flats off Plum Island in the Merrimack and Plum Island rivers’ estuaries had been closed because of contamination. Earlier this year, the state Division of Marine Fisheries approved a management plan that opened the flats for commercial clammers.

“It’s the largest single employer in the community, and I’m glad we got them open,” said J. Peter Fotino, chairman of the Newbury Fish Commission. “I think it will work out well for the diggers.”

Jeff Kennedy, the Division of Marine Fisheries’ regional shellfish supervisor, said it’s a reflection of the improved health of the Merrimack River, tracing back to when the Clean Water Act was strengthened in 1972.

Since some contamination remains, the clams are transported to a purification plant after harvesting, where they are cleaned in water for three days.