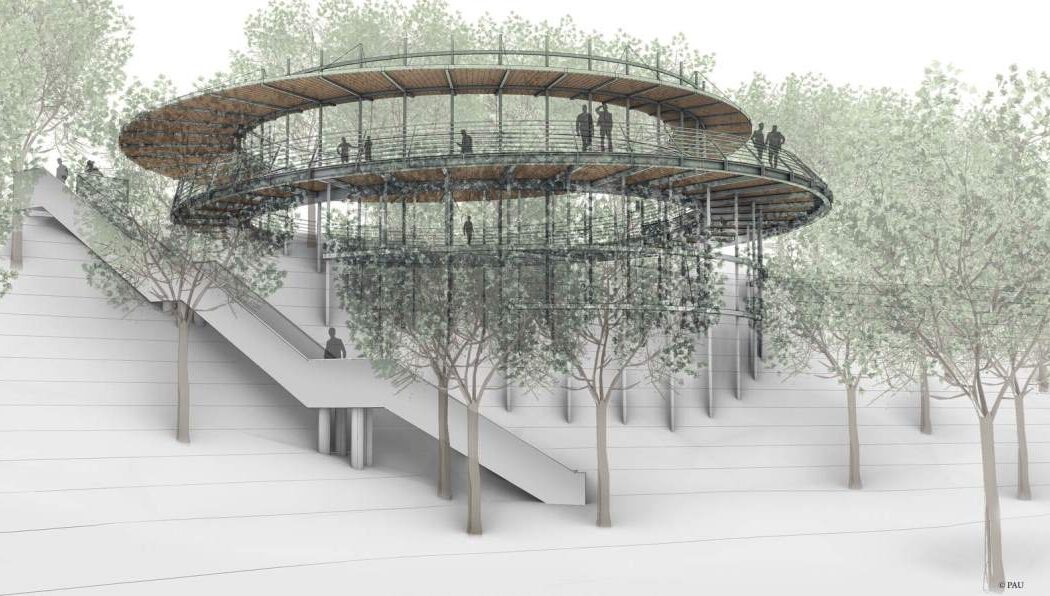 The architectural firm Practice for Architecture and Urbanism (PAU) has been selected to lead the design for the regenerative Niagara Falls Heritage Gateway project in Niagara Falls, New York. 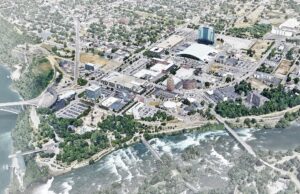 The initiative is one of two recently-announced transformative projects in Niagara Falls that hopes to attract new residents, visitors and development to the downtown and help reconnect the people of Niagara Falls to the waterways that define the City’s identity. 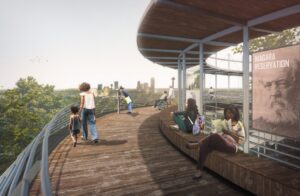 “We are forging a new path forward for Niagara Falls — making targeted investments that will help draw tourists and transform the community,” Governor Kathy Hochul said. “The Niagara Heritage Gateway Project and Great Lakes 360 will bring exciting new developments to the city’s downtown, attracting new visitors, stimulating the local economy and making the community an even better place to live.”

New York-based firm Practice for Architecture and Urbanism (PAU), who spearheaded the development of a conceptual development strategy for the downtown area in 2021, has been selected to lead the design.

The scope of the Gateways Project will include: 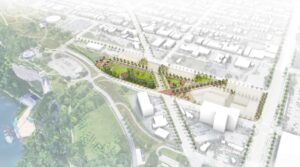 Throughout 2020 and 2021 the USA Niagara Development Corporation — an Empire State Development subsidiary — and Practice for Architecture and Urbanism (PAU) devised a strategy for the redevelopment of several vacant or underutilized properties in Niagara Falls, which had been acquired in 2018 as part of a strategic land-acquisition program funded through New York State.

The “Downtown Niagara Falls Development Strategy” illustrates a range of interim interventions and attainable development guidelines to re-imagine a vibrant downtown in the near-term while building momentum and continuing to promote sustainable dynamic growth and development over time. The Niagara Falls Heritage Gateways project stems from this strategy and includes several of the interim interventions recommended to activate parcels ahead of private-sector development. 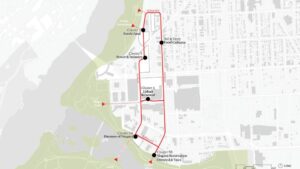 The other regenerative project is the $5 million Great Lakes 360 project will be a living museum that highlights the notable wildlife of the Niagara River and the larger Great Lakes ecosystem while celebrating the area’s unique geological history.

The project’s focus on accessible exhibit design will transform the building into a one-stop destination where visitors of all ages and abilities can experience the ecological story of the region all year round. The completed project will increase the number of living exhibits at the Aquarium by 40 percent. See renderings here.

The Niagara Gorge Discovery Center, also known as the Schoellkopf Geological Museum, is positioned at the precipice of the Niagara Gorge and situated just 500 feet southwest of the Aquarium’s main building. Under the agreement with NY Parks, the Aquarium will renovate the vacant building, creating new space for Great Lakes-focused exhibits aptly situated along the new greenspace created through the recently completed removal of the former Robert Moses Parkway.

This partnership between New York State Parks, Recreation and Historic Preservation and the Aquarium of Niagara expands the Aquarium’s geographic footprint and opens the opportunity for the Aquarium to develop a campus-like presence in downtown Niagara Falls. The opening of a new indoor, year-round attraction in this location also creates critical mass in a developing area of the Niagara Falls State Park.

The Niagara Gorge Discovery Center opened in 1971 under management of New York State Parks, Recreation, and Historic Preservation. Located at the site of one of the first hydroelectric power plants in the United States, the seasonal attraction showcased the natural history of the Falls and the Niagara Gorge. It has been closed to the public since October 2020.

The new partnership between New York State Parks, Recreation, and Historic Preservation and the Aquarium of Niagara will breathe new life into the space in a way that celebrates the natural history of its location and motivates more than 200,000 annual visitors to protect the region’s rich resources for generations to come.

All images courtesy of PAU.