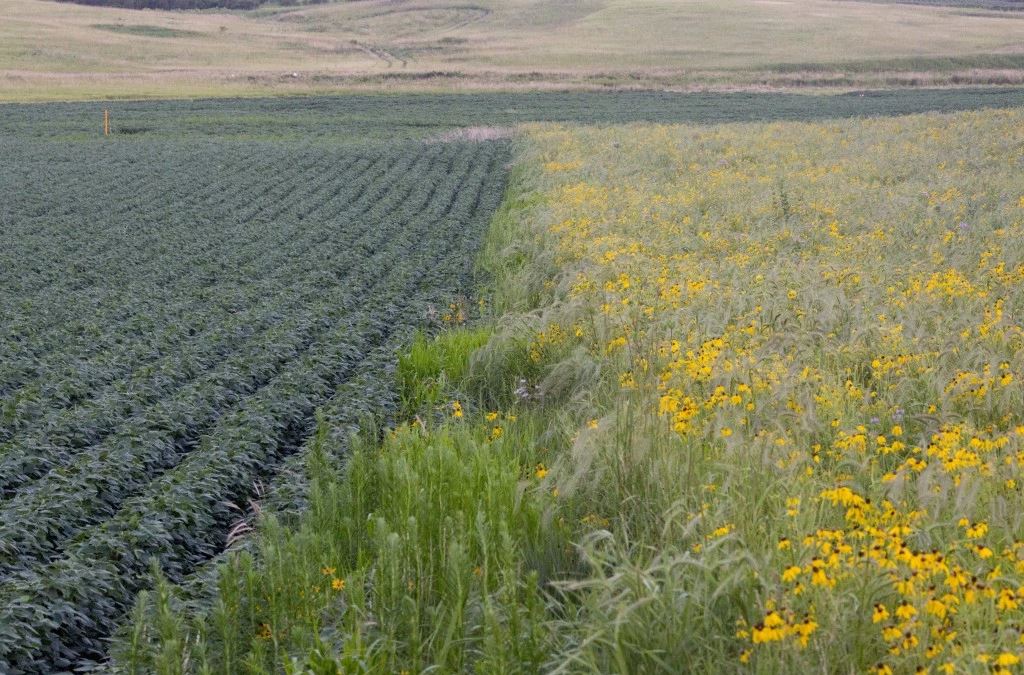 Most growers say prairie is a nuisance that can choke crops. But not Tim Smith. He is proud of the three acres he planted in the middle of one of the most productive farms in the county. He was there to show it off, not spray it.

This affection for prairie bucks a farming tradition that dates back to when settlers arrived in the Midwest to farm centuries ago and ripped out wild grasses to tame the earth. Over time, prairie was nearly eradicated. Farmers today are still destroying the little that is left.

It is a colossal mistake, according to recent studies by researchers at Iowa State University. Not only does prairie, with its deep-rooted plants, soak up farm wastewater that pollutes rivers, it also enriches soil.

“The reason why we have the best soil, making it possible to have the world’s best food production, is prairie,” said Lisa Schulte Moore, an Iowa State professor known around the state as the prairie guru. “And we’re killing it.”

Now Schulte Moore and a team of 50 researchers are pushing for a resurrection and spreading a message: Wild prairie could help the state’s agriculture industry.

It could also slow soil erosion that costs farmers more than a billion dollars per year in lost yield and lower water pollution from fertilizers and chemicals — pollution that triggered a lawsuit by Des Moines against three farm counties upstream.

The state’s soil is eroding at an alarming rate. Topsoil was an average of 14 inches deep statewide in the mid-1800s; now it’s about six, Iowa State researcher Rick Cruse estimated in studies.

“Can we keep going this way for another 150 years? I don’t think so,” Smith said.