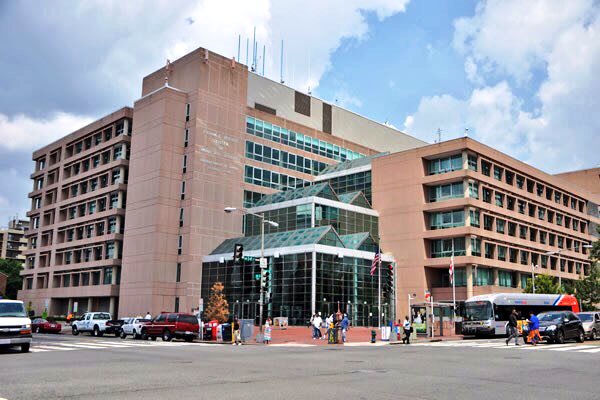 On December 30, 2020, Washington, DC Mayor Muriel Bowser and the Office of the Deputy Mayor for Planning and Economic Development (DMPED) issued the Equity Request for Proposal (EquityRFP) for the Frank D. Reeves Center site at 2000 14th Street, NW in Ward 1.

“The Frank D. Reeves Center was at the heart of Marion Barry’s vision to revitalize the 14th Street and U Street Corridors. Now, we have the chance to take his vision further and reimagine this iconic site in a way that honors Black history and culture and gives more Washingtonians a fair shot,” said Mayor Bowser.

“With the NAACP’s new national headquarters anchoring this exciting project, we look forward to putting equity at the forefront of the site’s revitalization,” she added.

The Reeves Center is within the revitalized U Street corridor, which has been a historic hub of cultural, educational and commercial life for African Americans in DC, and the area continues to be one of the District’s most flourishing destinations.

Across the street from a busy Metrorail station and close to downtown, the Reeves Center is an attractive site prime for redevelopment opportunities and reinvestment in the neighborhood.

The EquityRFP will prioritize teams that maximize the percentage, with a goal of 100%, of partnering entities or organizations that are owned or majority controlled by individuals determined to be part of a socially disadvantaged population.

The EquityRFP seeks proposals that will transform the large site, consisting of over two acres (97,600 square feet) of land area, into a transit-oriented, mixed-use development with office space, affordable housing, and neighborhood serving amenities in a way that reflects the site’s history and culture. Given the U Street Corridor’s role in African American identity, culture, and life, DMPED will prioritize proposals that acknowledge the parcels historic significance and honors both the legacies of Marion Barry Jr and Frank Reeves.

The District is partnering with the National Association for the Advancement of Colored People (NAACP) to relocate its national headquarters to the site and will prioritize development proposals that include the NAACP as a foundational anchor tenant and a development equity partner.

The intersection of 14th and U Streets Northwest is a civic and historic crossroads as a direct link to Black history and culture and the District’s Home Rule movement and civil rights activism.

From the late 19th to mid-20th Centuries, this corner stood at the heart of Black Washington, with U Street serving as home to more than 300 Black-owned businesses including hotels, banks, offices, and theatres. For decades, the arts and entertainment scene flourished along the corridor, affectionately known as Black Broadway, and the prominence of nearby Howard University served as an anchor attracting notable Black intellectuals and public figures from throughout the country.

In the 1980s, Mayor Marion Barry Jr. (1936-2014), a former president of his NAACP campus chapter at LeMoyne-Owens College and a founder of the NAACP campus chapter at Fisk University, commissioned the District’s investment in the construction of the Frank D. Reeves Center of Municipal Affairs to catalyze development in and around the neighborhood.

As the direct result of Mayor Barry’s vision and activism, today the area is one of the District’s most flourishing destinations. The building was named after Franklin D. Reeves (1916-1973), a lawyer and civil rights activist who, while working for the NAACP, was part of the team that shaped the landmark case of Brown v. Board of Education that rendered segregated schools unconstitutional and mandated school desegregation throughout the United States.

In July, Mayor Bowser announced the “EquityRFP” initiative to enhance equity in the District’s development projects . Through this initiative, the District will include an equity inclusion prioritization in forthcoming RFP’s that will increase access to development opportunities for entities or organizations that are owned or majority controlled by individuals determined to be part of a socially disadvantaged population.

Photo of Reeves Center courtesy of DC Office of the Mayor.

See full info on this RFP.