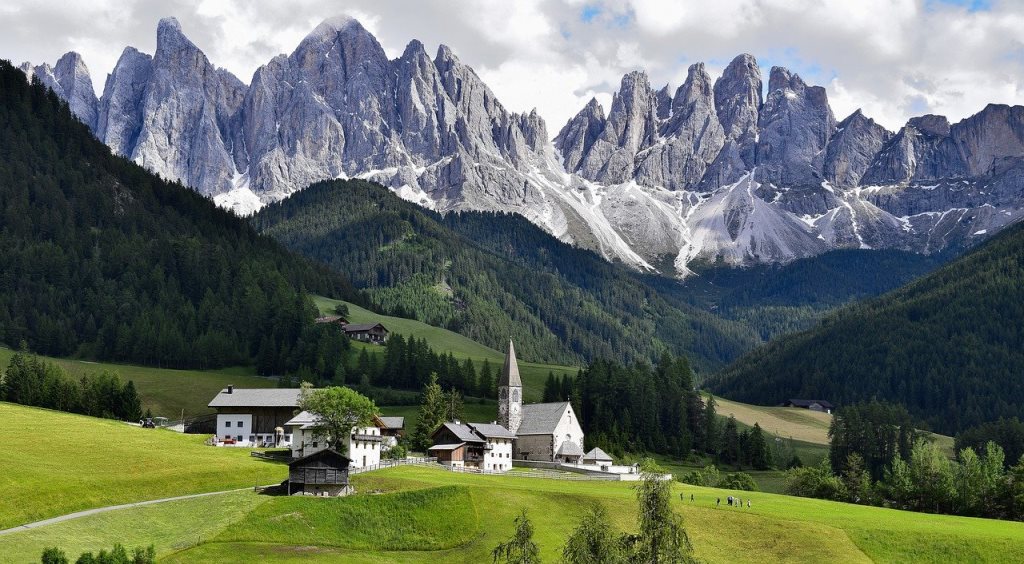 This year, the European Union (EU) will make some decisions that will have far-reaching consequences for both people and nature in Europe.

A new set of policy papers (released on March 18, 2020) outlines why and how European politicians should prioritize nature restoration in the EU Biodiversity Strategy to 2030.

“An ambitious nature restoration target, backed up by binding legislation, must be a key element of the EU Green Deal. Giving some land back to nature can go a long way in addressing the twin crises of climate breakdown and biodiversity collapse,” said Barbara Herrero, EU Nature Policy Officer at BirdLife Europe and Central Asia.

Today, Europe faces a choice. Do we continue to let climate change and biodiversity decline continue unchecked, or do we employ the most immediate and cost effective solutions to counter these increasingly harmful trends? In reality, it’s not much of a choice.

The European Commission should propose, in its upcoming Biodiversity Strategy to 2030, legislation that really drives the landscape-scale restoration and ensures the connectivity of ecosystems vital for biodiversity and climate.

Such legislation would increase the amount of EU territory in good ecological condition, with hard, legally binding restoration targets expressed in square kilometers, and deliver increased levels of financial investment. Existing policies that undermine nature restoration – such as EU incentives to grow bioenergy crops or harvest forest biomass for energy – also need to be revised.

Released today, a new set of policy papers not only calls on EU politicians to prioritise nature restoration, but provides them with critical and effective new tools to do so.

The highlight of the new papers is a series of maps which, by helping to identify priority areas for landscape-scale nature restoration across the EU, can deliver critical new connectivity between Europe’s Natura 2000 sites. Integrating a range of different data sets, the maps can be used in conjunction with local level data to inform and guide policy makers as they plan and deliver nature recovery.

By illustrating the ecological integrity of European terrestrial landscapes, the new maps bring the need to scale up European nature restoration into sharp relief. They showcase the serious degradation of wild nature across much of the continent, impacted by factors such as infrastructure construction, intensive agriculture and forestry, and the disappearance of naturally occurring, large-bodied animals.

The maps show that areas of Europe where nature is relatively intact are frequently small-scale and isolated, which often leads to further biodiversity decline.

This problem is worsened by the absence or unnaturally low presence of large-bodied animals—such as European bison or bears—which are unable to play their unique role in European ecosystems. This further diminishes the functions and benefits those ecosystems could and should be providing.

Europe’s collection of 26,000 Natura 2000 sites, complemented by the Birds and Habitats Directives, are the cornerstone of the EU’s strategy for protecting and enhancing biodiversity. But the lack of connectivity of the network is one of the main implementation gaps. Many Natura 2000 sites, which are isolated by intensive agriculture and forestry and human infrastructure, are not large enough to support natural functions.

Informed by the new maps, targeted restoration efforts could lead to the creation of a more coherent and connected network of Natura 2000 sites.

By passing through and joining up areas of higher ecological integrity, a transcontinental web of blue-green corridors would facilitate the movement of flora and fauna across landscapes, supporting wildlife comeback, ensuring genetic exchange, boosting the ability of species to adapt to climate change, and enhancing the capacity of nature-based solutions to counter global warming, mitigate flooding and regulate temperature.

The role of rewilding

Restoration of nature, based on rewilding principles, is one of the best ways of tackling our current climate and biodiversity emergencies.

Rewilding ecosystems across Europe not only benefits wild nature, it enhances the wide range of benefits that such nature gives all Europeans – from clean air and water, carbon sequestration and fertile soil, right through to flood protection, climate change resilience and enhanced health and wellbeing.

Rewilding is not only about active intervention. Despite the widespread degradation of European landscapes, wild nature is slowly recovering of its own accord in many areas – a recovery aided by the trend in rural depopulation that is destined to continue in much of Europe for many years. This can be seen as an opportunity for policies aimed at recovering landscapes where natural processes play a far greater role in restoring wild nature and natural values.

Photo of the Dolomite Mountains of Italy is by Harry Burgess from Pixabay.