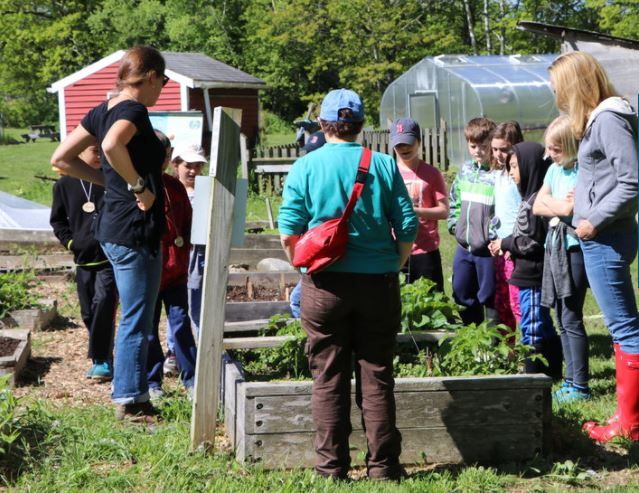 A sustainable coastal farm for nearly sixty years, Wolfe’s Neck Center for Agriculture & the Environment is a one-of-kind place on the coast of Maine that connects farmers, eaters, and learners to the land and animals at the core of our food systems. Wolfe’s Neck is home to an oceanfront campground, leading demonstration farm, and educational resource center for innovative practices in regenerative agriculture and natural resources.

Regenerative agriculture has exploding worldwide in recent years, thanks to its ability to 1) boost farm and ranch production; 2) reduce the use of pesticides, herbicides, and artificial fertilizers; and 3) sequester massive amounts of carbon in the soil, to help restore our climate. Most people first heard of regenerative agriculture in the groundbreaking 2002 book, The Restoration Economy, which had a chapter on what was then called “restorative agriculture”.

These are cutting-edge practices that kick organic standards up a notch. The goal is to train the next generation of farmers to be climate resilient as they reduce their own carbon footprints.

If you want to get the dirt on regenerative farming, you’ve got to see what’s going into the ground — literally.

“Chicken manure is, what you could say is, hot. It can burn up the grass if it’s applied in too much concentrations,” says Dave Herring, the executive director of Wolfe’s Neck, where 100 laying hens are kept in a roving hen house on the farm’s pastures.

Every few days a movable fence that surrounds the henhouse and the birds is picked up and relocated. Herring says it takes the cage-free concept to a whole new level. And the outside hens provide other benefits.

“And what they’re doing is they’re doing some pest control, so they’re gonna eat the bugs that we don’t want here and they’re also going to add nutrients to the soil,” he says.

Chicken manure isn’t the only enhancement. When vegetables aren’t growing in the four-acre garden, there are cover crops planted here to suppress weeds, slow erosion and improve overall soil health.

“Tomato” Tom Prohl, the farm’s production educator, says it’s a way to keep roots in the ground. And that’s important because plants suck carbon dioxide from the atmosphere through photosynthesis.

Herring says the idea is to prepare the next generation of farmers to adapt to climate change, and help restore Earth’s climate.