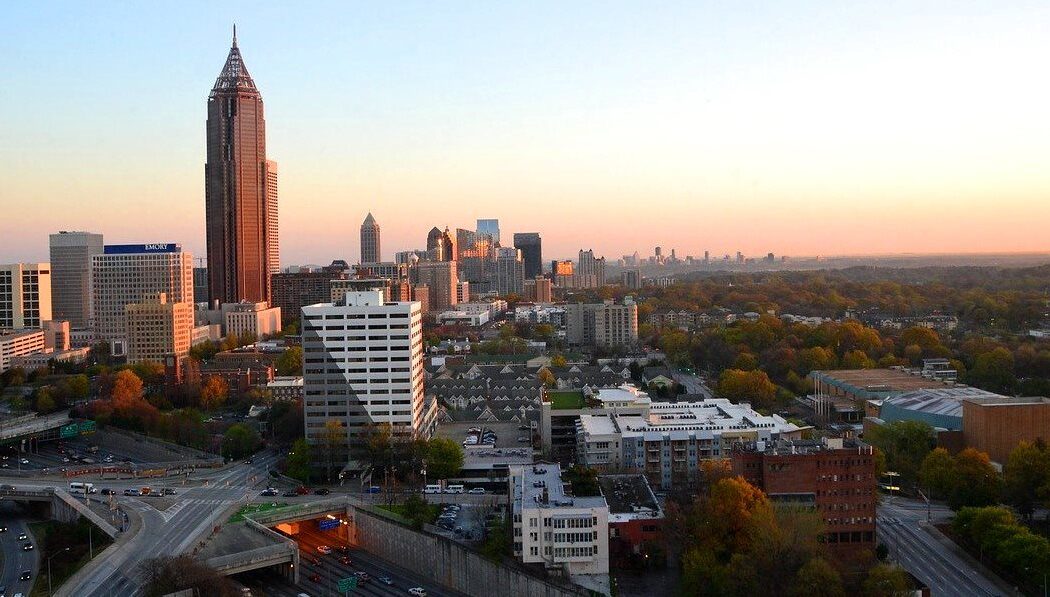 Long-time readers of REVITALIZATION know that the Atlanta Beltline in the Atlanta, Georgia area is a great example of the 3Re Strategy (repurpose, renew, reconnect) at work. It repurposed a disused rail system to into a 40-mile trail loop, which is revitalizing many area neighborhoods and communities.

This repurposing and reconnection of often-vacant and contaminated properties attracted hundreds of millions of dollars in private investment, allowing hundreds of properties to be renewed.

Now, it seems that another large-scale effort based on the 3Re Strategy is about to get underway. On July 20, 2020, the Trust for Public Land, the Atlanta Regional Commission (ARC), the City of Atlanta and Cobb County completed the Chattahoochee RiverLands Greenway Study.

Following 20 months of research, public engagement and collaboration, the study outlines how to create a singular outdoor destination extending 100 miles along the Chattahoochee River from Buford Dam to Chattahoochee Bend State Park. It would connect 19 cities across seven counties by repurposing and renewing riverfront properties into public trails, parks and amenities.

“Based on this history of partnership and success, we brought together a core group of stakeholders two years ago to imagine an even bolder plan for the future of the Chattahoochee, and that’s what became the Chattahoochee RiverLands Greenway Study. We look forward to working with our partners to make this vision a reality and to focus on ensuring everyone can experience the river,” he explained.

More than a trail, the study outlines a network of greenways, blueways, parks, and the destinations they create that will bring people to the water’s edge, promote stewardship and conservation of the river, and reveal the subtle magic of the Chattahoochee to all. Nearly one million residents live within three miles of the proposed trail system, including communities that have long been under-served by connective open spaces.

Highlights of the study include:

SCAPE, a nationally renowned landscape architecture firm and urban design studio, led the study in collaboration with a large, multi-disciplinary team. Based in New York City and New Orleans, SCAPE focuses on creating positive change in communities through resilient infrastructure and new forms of public space.

The two-year planning process was guided by the Chattahoochee Working Group, which includes more than 70 local stakeholders including multiple city, county, state, and federal government agencies and environmental-focused nonprofit organizations. The group informed the development of a shared vision on how to create a vibrant destination along the river.

The ambitious project demanded a unique approach to engagement. More than 75 meetings with stakeholders, the general public, and one-on-one meetings with community leaders and activists led to the development of a vision that prioritizes equitable access and local community priorities.

“The Chattahoochee RiverLands has the potential to bring next-century infrastructure to Metro Atlanta,” said Kate Orff, Founding Principal of SCAPE. “This study represents an investment in a more accessible and equitable green corridor that connects communities at a regional scale, revives shoals, restores river edges, provides waterfront access, and creates an enjoyable public realm for people of all ages and abilities.”

As the Chattahoochee RiverLands will be a generational project, the study is not meant to be a prescriptive list but instead a comprehensive framework to guide decisions far into the future. 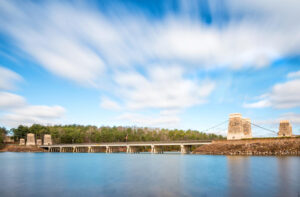 Bridge over Lake Lanier, a reservoir formed by the Buford Dam on the Chattahoochee River. Photo courtesy of the Lake Lanier island Development Authority.

With the Chattahoochee RiverLands study complete, The Trust for Public Land will champion the effort to realize its implementation, collaborating with partners and coordinating with each municipality as they lead the execution of projects within their local geographies.

The Trust for Public Land will also continue to convene stakeholders through the Chattahoochee Working Group to coordinate ongoing communication, advocacy and fundraising.

“The Chattahoochee RiverLands is a powerful demonstration of what can be accomplished when we work collaboratively and are not afraid to dream big. The Chattahoochee can become a focal point that connects communities, provides new places to walk and bike, and enhances our appreciation and care for natural places,” said Doug Hooker, ARC Executive Director.

“Bringing this vision to life is far too large and complex a task for any one organization–it will require close cooperation of regional agencies, local governments, nonprofits, philanthropy and residents,” he added.

Work is already underway, creating significant momentum to bring this vision to life.

“The Chattahoochee River is a valuable asset to both the region and the state,” said Erica Parish, Director, Cobb County Department of Transportation. “Cobb County is excited to be a partner in the Chattahoochee RiverLands project to protect, preserve, restore and enhance the river corridor for the enjoyment of generations to come.”

“Making public spaces along the Chattahoochee River is the next major step in connecting people with nature, one of the key goals of Atlanta City Design,” said Tim Keane, Commissioner of City Planning for the City of Atlanta. “By creating uninterrupted access to the water’s edge through parks and trails, as well as preserving forests, Chattahoochee RiverLands will create a beautiful public realm for Atlantans to experience nature within the city.”

Featured photo of Atlanta is by Michael Draeger from Pixabay. Unless otherwise credited, all other photos are courtesy of Georgia State Parks.