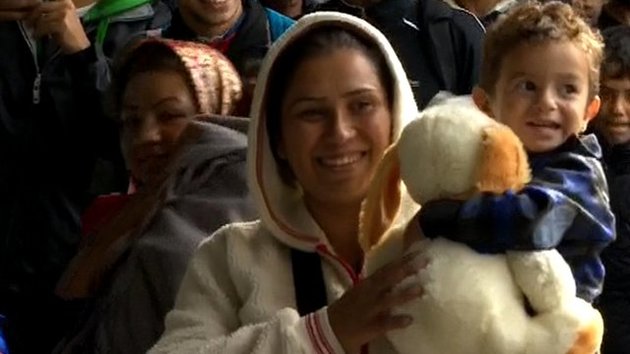 First came the migrants: A million are expected to arrive in Germany by the end of the year and more in 2016, many of them Syrian refugees, ushered into the country by a surprise wave of “welcome culture” from citizens and a panicked debate among Berlin officials about where to put them all.

Then came the mayors: Over the past several weeks, scores of German cities, big and small, east and west, have begun jumping over one another to receive and settle as many refugees and migrants as they can get – often for purely self-interested reasons.

Some want to rebuild their labour force or tax base; others simply want to fill up abandoned housing tracts or military bases, even if they’re in the middle of nowhere. And others are simply trying to get a slice of the funding announced by Berlin to build hundreds of thousands of homes in a few months.

To receive a million people a year (at least 30 per cent of whom will be accepted as refugees, government officials say), Germany has put itself on something resembling a war footing. Two weeks ago, ministers met to rewrite the country’s rigorous building code to allow for lower standards of housing so that hundreds of thousands of prefab homes can be built under government contracts in months.

[Note from Storm: Regular readers know that I’ve long been a champion of welcoming and supporting immigrants, in part because they often play a key role in revitalizing long-depressed neighborhoods. I thus applaud the German mayors for that, but not necessarily for their choice of building large volumes of shoddy housing as a solution. In some cases, prefab housing might be a sort-term necessity, but repurposing and rehabbing abandoned residential, commercial, and industrial buildings will almost always be more environmentally sound, and more regenerative in the long run.]