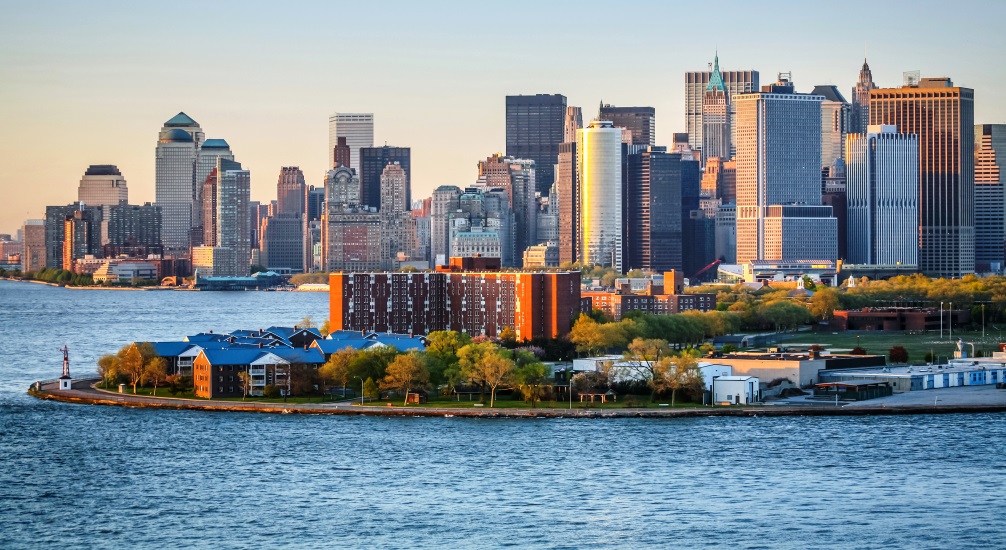 On June 28, 2021, New York City‘s mayor, Bill de Blasio, and The Trust for Governors Island launched a global competition to create a climate-focused research and educational hub on the restored and revitalized former U.S. Army base on Governors Island in New York Harbor (which has been featured many times over the years here in REVITALIZATION).

The RFEI seeks an institution to lease land within 33 acres of development sites, and/or up to one million square feet of adaptive reuse opportunity available within historic buildings on Governors Island. The Trust and the City of New York have partnered to make available up to $150 million of capital funding that may be allocated to support this project.

The competition invites universities and research institutions to establish an anchor institution for a Climate Solutions Center, dedicated to combatting the climate crisis in the heart of New York City’s harbor.

The Center will capitalize on New York City’s unique talent pool to prepare communities around the world for the impacts of climate change; create good-paying green jobs across the city; and foster public awareness, dialogue, and action to address the global climate crisis.

Respondents should articulate a vision that addresses the City’s and the Trust’s goals as outlined in the RFEI. In addition to advancing climate-related fields, respondents’ plans should make a positive contribution to Governors Island’s physical campus and existing community of partners and visitors, while creating broader opportunities for New Yorkers who already enjoy the island.

The Trust for Governors Island is the non-profit corporation created by the City of New York that is responsible for the redevelopment, operation and ecological restoration of 150 acres of Governors Island. The Trust’s mission is to realize the full potential of a revitalized Governors Island for the inspiration and enjoyment of all New Yorkers, demonstrating a bold vision for regenerating public space.

See the Request for Expressions of Interest (RFEI).