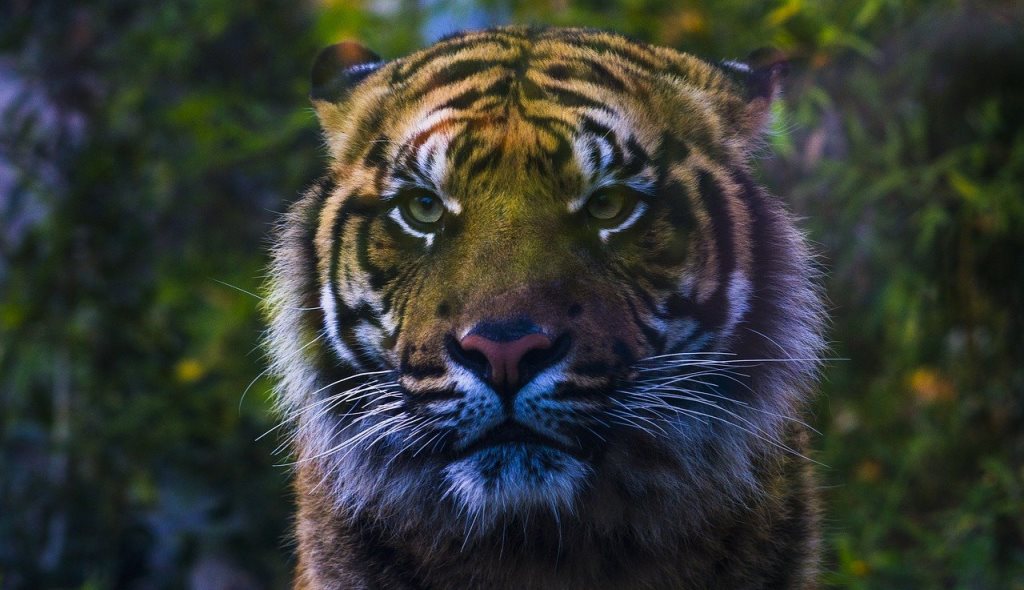 Protecting the planet’s plants, animals and ecosystems—and repairing the damage already done to them by humans—will take about $700 billion a year in extra funding over the next decade, requiring a huge boost in investment by governments and business, an array of international leaders declared on September 28, 2020.

The call came as Britain and Canada joined a coalition of countries that have promised to protect 30% of their land and seas by 2030 to stem “catastrophic” biodiversity loss. 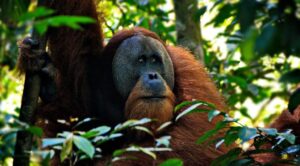 Photo of orangutan in Sumatra is by Timo Schlüter from Pixabay.

The two nations also signed up to a separate pledge, uniting 70 countries and the European Union, to reverse the loss of biodiversity by 2030 through a green recovery from the COVID-19 pandemic, tackling pollution and deforestation, and boosting financing to safeguard the planet, among other commitments.

Elizabeth Maruma Mrema, executive secretary of the Convention on Biological Diversity, told an online U.N. financing forum the success of a new global plan for biodiversity—due to be agreed at a summit in China next May—would rely on raising additional resources.

It would also require the reduction or redirection of $500 billion per year that today causes harm to nature, she noted. That includes incentives and subsidies that support intensive agriculture, forestry and fishing. But the forum yielded few concrete pledges of new money.

Germany said it would increase its 500-million euro ($583 million) annual investment in protecting biodiversity in low- and middle-income countries, without specifying by how much.

It will also partner with businesses, foundations and other governments on a “Legacy Landscapes Fund” for biodiversity work in poorer nations. Through next year, it has budgeted about 115 million euros for the fund, and called on others to join.

Britain said it would increase its spending on forest protection and other nature-based solutions as part of the £11.6 billion ($14.9 billion) in international climate finance it has promised to provide from 2021-2025.

British officials said they would also make the issue a priority when they host the 2021 U.N. climate summit.

“There is no pathway to net-zero emissions without ramping up our efforts to protect and restore nature on an unprecedented scale,” Zac Goldsmith, Britain’s minister of state for Pacific and the environment, told the forum.

“Nature-based solutions could provide around a third of the cost-effective solutions we need by 2030, and yet they attract just 3% of global climate investment,” he noted.

And major companies, including Unilever, BNP Paribas and investment management firm Mirova, reiterated commitments to invest their own money or channel clients’ assets into projects to restore land and coral reefs and preserve wildlife.

On September 27, 2020, luxury brand Cartier joined The Lion’s Share Fund, which aims to raise more than $100 million per year by 2025 to halt biodiversity loss and protect habitats.

The fund does that by asking brands to contribute 0.5% of their media spend on each advertisement featuring an animal.

Launched in 2018, the U.N.-led fund has helped a national reserve in Mozambique eliminate elephant poaching by improving radio systems for law enforcement officers.

It has also co-financed the purchase of land for endangered orangutans, elephants and tigers in North Sumatra in Indonesia, and is creating an all-female team of forest rangers and the island’s first rhino sanctuary there.

As well, the fund has made grants in nine countries to support communities dependent on wildlife-based tourism but now struggling with downturns due to the pandemic, it said in a statement.

Despite such initiatives, the sums being spent and promised so far globally to deal with biodiversity loss fall far short of the hundreds of billions needed each year to make substantial progress by 2030, campaigners said.

According to a report released this month, the global flow of funds for biodiversity protection in 2019 amounted to $124-143 billion, against an estimated annual need of $722-967 billion to halt global biodiversity decline by 2030.

Georg Schwede, European representative of the Campaign for Nature, a partnership of conservation groups, said the forum was the first in a series to try to galvanize momentum for more funding ahead of the U.N. biodiversity summit next May.

“The only way to come up with an ambitious deal for nature in Kunming is if the Global South gets a very, very clear signal that the developed world is coming up with the financing,” he told the Thomson Reuters Foundation.

But raising funds for nature and climate protection may be challenging with many parts of the world in economic downturn as a result of the coronavirus pandemic, analysts have warned.

Jennifer Morris, chief executive officer of The Nature Conservancy, a U.S.-based nonprofit that worked on the financing report, said governments could pave the way with the right policies, regulations and incentives.

“For too long, we have woefully under-valued and under-invested in nature,” she said.

Photo of Sumatran tiger by Fabio Gaglini from Pixabay.

This article by Megan Rowling (@meganrowling) was edited by Laurie Goering, and originally appeared on the website of the Thomson Reuters Foundation. Reprinted here (with minor edits) by permission.