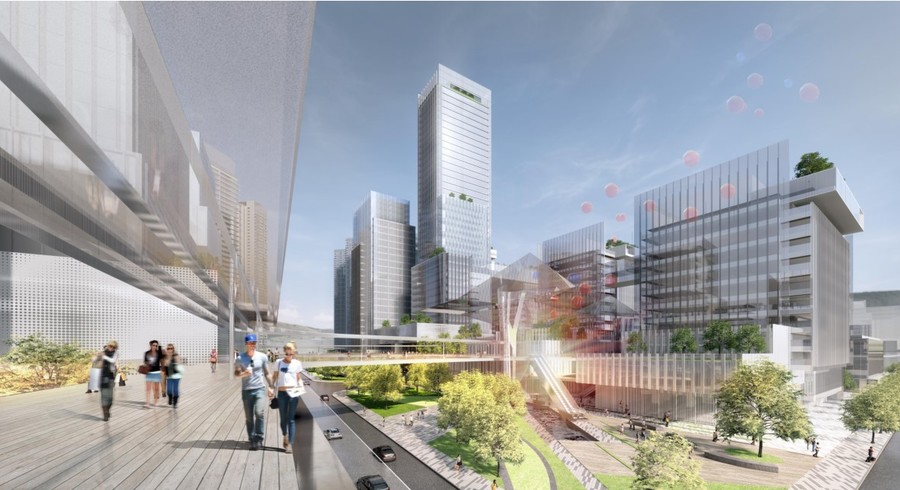 Situated at the heart of the Greater Bay Area, the project has a Gross Floor Area of 650,000 square meters, and will be developed into a new integrated Technology and Innovation District that focuses on developing innovative technology, culture and creativity, as well as high end commercial services. 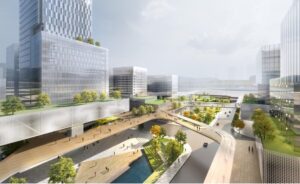 The redevelopment is a joint effort between NWC and the Village of Lianxing in Guangzhou’s Haizhu District (Nanji Village and Dongfanghong Village), with the two parties expected to sign a cooperation framework agreement in September 2021. It marks the Company’s second major urban renewal project in core areas of Guangzhou, after the Liwan District redevelopment plan.

The Nanji Village urban redevelopment project is strategically located in the southwestern end of Haizhu District, straddling the core areas of the Pearl River Back Channel and Haizhu Innovation Bay, and overlooking the Guanggang New Town.

The redevelopment plan of the 650,000 square-metre area will be in line with the unique positioning of the Haizhu Innovation Bay’s tech and innovation industry.

According to the Central Government’s “Thirteenth Five-Year Plan” of Guangzhou, the Pearl River Back Channel is to integrate with the development opportunities of the “Three Belts on Both Sides of the Yangtze River”. The Plan also highlights the Haizhu Innovation Bay created along the Pearl River Back Channel as a strategic location of the development of the city of Guangzhou.

Haizhu Innovation Bay is therefore expected to become a key growth engine for the economy of Guangzhou. Emerging sectors in Haizhu Innovation Bay, including wellness and healthcare, are expected to account for over half of the regional GDP by 2035 and become the important “Future Engine” of the city. When completed, the area will turn into a new landmark along the Pearl River, and reshape the skyline of Guangzhou with an iconic, layered cityscape.

As one of the earliest Hong Kong developers to expand into mainland China, NWC has been an important participant of the Greater Bay Area development. With its rich resources and development expertise, NWC has also taken a leading role in a number of signature developments and urban renewal projects in the region, including the Guangzhou CTF Financial Centre, a CBD landmark in Guangzhou Zhujiang New City.

Today, NWC is the most active Hong Kong developer in the Greater Bay Area, with a land bank of approximately 3 million square metres in the region alone. Together with the newly secured Nanji Village project, NWC is currently participating in seven urban renewal, such as the Xili project in Shenzhen’s Nanshan District, the mountain village project in Liwan District in Guangzhou, and the Tagang Village project and the Xiajie Village, Licheng Street project, both in the Zengcheng District, Guangzhou.