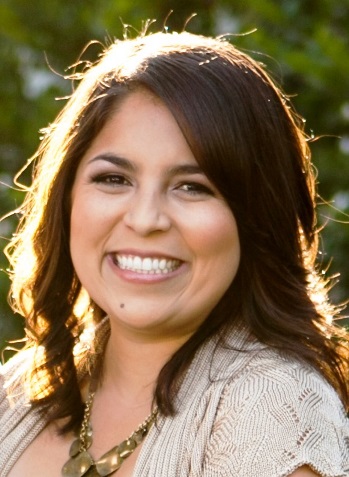 In 2012, the Mayor of Sacramento, California partnered with local chefs and farmers to declare Sacramento America’s Farm-to-Fork Capital. 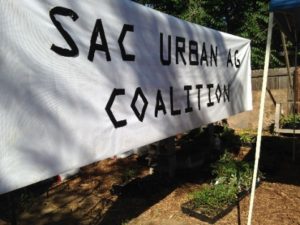 Since then, an almost continuous series of festivals and other events have used this mantel to celebrate our region’s thriving culture of growing, cooking, and eating fresh local food.

Not usually in that spotlight, however, are the many urban farmers whose work can be seen throughout Sacramento’s neighborhoods. Those farmers are the backbone of the Sacramento Urban Agriculture Coalition, or SUAC.

SUAC was started in 2013 by urban farmers and advocates looking to remove restrictions in the City of Sacramento and Sacramento County zoning codes that made it difficult to grow and sell food. We believe that urban food production is an important driver for healthy communities, economic prosperity, and environmental stewardship. 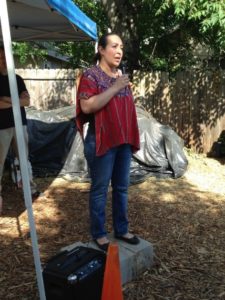 The neighborhoods in Sacramento that suffer from inadequate food access – also known as “food deserts” – are also the communities that are most heavily impacted by blight, unemployment, poor health outcomes, and frequent police activity. The residents of these communities are incredibly resilient, and many already utilize the numerous vacant lots and large yards pervasive in those areas for growing food.

I live in Oak Park, one of Sacramento’s many food deserts. Walk around my neighborhood and you will frequently see gardens on vacant lots and in people’s yards, and there are more fruit trees than you could possibly count. The vacant home next to me has eight healthy fruit trees in the backyard, and each season my neighbors and I would climb the fence to get to the ripe fruit before it fell to the ground.

I used to run a community garden in my neighborhood where I spent the summers watching hungry kids climb the large fig tree with glee, cramming the figs into their mouths before they even got back to the ground. We also grew a jujube tree, a shade tree that bears small fruits that taste and feel like very small, sweet apples; once we let neighbors sample them, we’d get a consistent stream of folks throughout the year coming by to ask if the jujubes were ready to eat again. 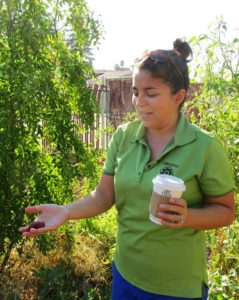 Before SUAC started its work, many of those gardens were not technically legal. There were restrictions in zoning code that prevented a community garden from establishing on lots zoned for certain uses, or lots that exceeded a certain size. Even if it were legal to grow food, it was a very difficult process to sell that food to the community to recoup costs and provide wages to the people who work the land.

When we got started, SUAC conducted research on best practices in other cities and counties, surveyed farmers to get a handle on their vision for urban agriculture in our region, and then started the long process of getting our proposal adopted. It wasn’t always an easy road; despite the pervasiveness of urban agriculture and the Farm-to-Fork culture in our region, many planners and decision-makers worried that farm stands and gardens would turn into eye sores rather than assets for the neighborhoods.

SUAC sponsored urban farm tours and brought farmers to every hearing in an attempt to help those folks understand the potential of an ordinance in our city. We worked with the County to create an Urban Agriculture Incentive Zone that would lower property taxes for owners of vacant lots who made them available for urban agriculture. In the end, effective community organizing led the City of Sacramento to adopt our Urban Agriculture Ordinance in the summer of 2015, and Sacramento County is on track to hear our proposal before the end of this year. 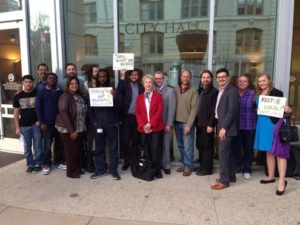 These are huge victories, but there is still much to do to support those who want to start growing and selling their food in Sacramento. As a society we’ve lost our connection to our food. We buy things from grocery stores and restaurants but do not understand how it was grown, where it was grown, and who grew it. I will never forget pulling a carrot out of the soil in front of one of my young gardeners, who quickly exclaimed: “Wow, that looks just like the ones you buy at the store!”

Growing our understanding and appreciation of locally grown food is critical to the success of the urban agriculture movement. When it happens, like at the gardens we’ve established in Oak Park and other communities across the City, the results can be magical. But successful farming also takes major investment. Even in America’s Farm-to-Fork Capitol – where farmers are treated like local celebrities and restaurants that source local produce are more popular than ever – it can be hard to farm and make enough money to live on. 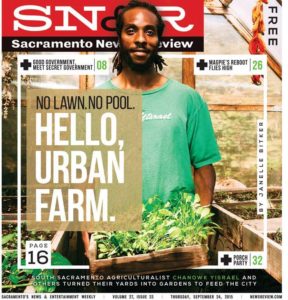 In addition to zoning changes, cities like Sacramento need to figure out how else they can invest in making urban farming a sustainable practice. Establishing a water meter on a vacant lot can cost a farmer $5,000 to $10,000 – and that’s by far not the only investment of time and money that is necessary to get an urban farm up and running.

When I worked on statewide education policy, I used to tell students that budgets are about priorities: knowing what a jurisdiction values is as simple as looking at where they spend money. If cities really value urban farming, we need to make shifts in our procurement practices, build facilities like central kitchens to allow for local food preparation, and establish start-up funds to support the establishment of urban farms in the city limits.

We know that every dollar spent on sustainable food practices is a dollar we won’t have to spent on public health programs for people who are obese or have diabetes, picking up trash on a neglected vacant lot, or providing emergency food to families in need.

Let’s start putting our money where our mouth is and invest in urban farming so we can revitalize our food system and our communities. 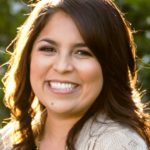