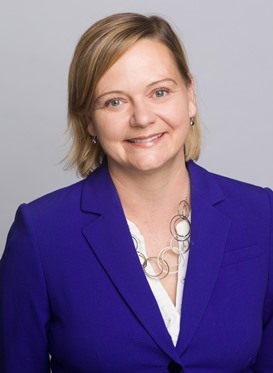 This Guest Article for REVITALIZATION is by Tara Barauskas.

On the corner of Ocean Avenue and the Highway 1 turnoff in Santa Monica, California stands an inconspicuous, two-story beige housing development. If not for the premium location with breathtaking ocean views, you likely wouldn’t give a second thought to this 19-unit apartment complex which shares a plot with a local seafood restaurant.

And yet, it is at this very spot—1616 Ocean Avenue—across the street from Tongva Park and steps from the iconic Santa Monica Pier, that one of the city’s most unique sustainability-driven building renovations recently occurred. 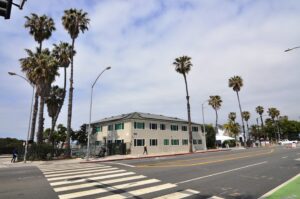 Thanks in part to a $50,000 grant from the Santa Monica Office of Sustainability and the Environment, a local affordable housing developer converted the previously mixed-fuel, multi-family residence into a zero-emission, all-electric, net-zero energy building.

Climate change is a serious existential threat that will necessitate all of us reducing our carbon footprint. Living in all-electric affordable housing will benefit our residents too, as they will be in cleaner, healthier environments.

Community Corporation of Santa Monica is the nonprofit organization that rehabilitated the property. For nearly forty years, Community Corp. has been improving lives and neighborhoods by restoring, building, and managing affordable housing for people of modest means. And by all estimates, the 1616 Ocean project might have been the group’s most demanding and notable task to date. 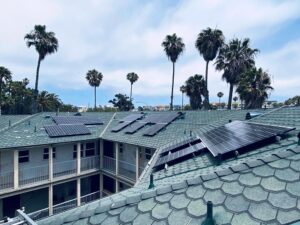 City officials are hopeful that the success of this pilot incentive project—which offered the one-time, $50,000 grant to prove the net zero energy retrofit concept—will serve as a model for other local developers looking to build sustainable, affordable housing.

“Developers of new buildings or owners of existing buildings should be encouraged that net zero energy buildings are possible,” said Drew Johnstone, who serves as Senior Sustainability Analyst for the City of Santa Monica.

“And perhaps even more existing, zero-emission, all-electric buildings are not only possible but proven in all building types, from single-family homes to multi-story apartment buildings, offices, schools, dormitories, and even commercial kitchens,” he added.

A pioneer in environmental and sustainability efforts, Santa Monica is no stranger to leading in this field. In 1994, the city became one of the first in the United States to enact measures aimed at creating a more sustainable and environmentally friendly community.

“There are so many opportunities here for building developers to be a part of the solution,” Johnstone said, noting that Santa Monica is one of more than 50 California cities that have now passed ordinances prohibiting or discouraging gas infrastructure in newly constructed buildings.

Renovations like the one at 1616 Ocean will help to address economic inequality. Low-income communities experience the brunt of the negative health outcomes due to often living near a higher amount of pollutants, and in substandard living conditions. 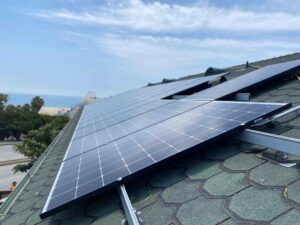 It is important to change this inequity and offer higher standards of living for low-income people. There needs to be a greater emphasis on healthy indoor living areas, uplifting environments that restore dignity, spaces that encourage physical activity, and programs that promote social engagement.

The 1616 Ocean renovation, however, was not without its own set of unforeseen challenges.

Community Corp. had to seek “atypical” sources of funding for the energy-efficiency components due to limitations on what the city calls “above and beyond” measures. This is what led the organization to secure a rebate for solar panels through California’s Multifamily Affordable Solar Housing (MASH) program.

It was challenging to learn about new products and strategies to achieve net-zero energy. We had to rely on a highly technical team of architects and engineers to help us with that goal.

Chief among these experts is Erik Mar, Principal at emar Studio for Public Architecture and lead architect for the 1616 Ocean initiative.

Despite facing many obstacles, Mar and Community Corp. got the job done, signaling that residential renovations like 1616 Ocean are only likely to increase in number.

The trends point in this direction, Mar said, highlighting the growing shift toward electrification, the reduction of fossil fuels as an energy source, an increased emphasis on net-zero buildings as the default definition of “sustainable building,” and an added focus on carbon emissions from material and equipment. 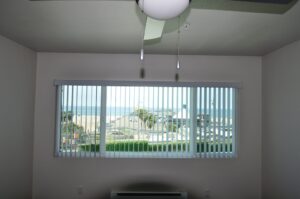 According to Johnstone, residential and commercial buildings generate 20 to 30 percent of local emissions, which primarily come from burning methane gas (or “natural gas”) for water heating, space heating, cooking, and clothes drying. This, he notes, should expedite the adoption of energy saving measures.

“There are efficient electric alternatives for each of those uses, so why not build it right from the start?” he said, expressing optimism over the role that governments can play in facilitating the growth of all-electric affordable housing.

Johnstone’s take-home message to housing developers is to avoid falling for outdated perceptions of electricity as a viable energy source.

“Gas stoves are considered a luxury, but most people haven’t tried the amazing electric induction cooktop technology, which is quicker, more controllable, easier to clean, safer, and doesn’t emit harmful toxins,” Johnstone said. “Induction should be marketed as the new luxury, and it doesn’t even have to cost more than gas stoves.”

Affordable housing developers everywhere should make their properties more sustainable. Organizations should create a sustainability plan, which would serve as a comprehensive roadmap for where you want to go, and how to get there.

If you’re not ready for such a big step, start with low-hanging fruit like replacing light fixtures with LED lights, water fixtures with low-flow or water efficient ones, and turf and landscaping with drought-tolerant versions.

Developers of all types would see near-immediate financial benefits to these actions in the form of decreased utility costs.

“When operated with on-site renewables and during hours of low-peak energy rates, all-electric buildings save considerable operating costs, especially in the long run as fewer buildings will rely on gas and gas rates increase,” he said.

Johnstone further urged building developers who are interested in partnering with their local governments to reach out for guidance on what programs might be available to them. Santa Monica, for example, offers design assistance and incentives for efficient, all-electric buildings. 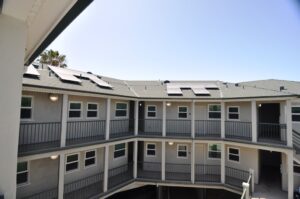 Of course, all-electric affordable housing developments donned with rooftop solar panels are only part of the equation when it comes to solving for greater urban sustainability. Mar said that one issue sustainable architecture has yet to fully address is transportation, adding that it is the single largest contributor to carbon emissions both in California and in the United States.

“This is largely because of the ways we have chosen to design cities, with a few areas of high rises and acres of very low-rise buildings that then tend to favor personal automobiles as the default mode of transportation,” he said. “This leads not only to particulate emissions, but also to larger than necessary carbon emissions in vehicle manufacturing and infrastructure buildout and maintenance.”

To address this concern, Community Corp. is targeting an intentional approach when it comes to building new developments. We need to place affordable housing in areas with high quality transit and a variety of employment opportunities will help reduce vehicle miles traveled.

Local developers can start this effort by visiting Santa Monica’s Office of Sustainability and the Environment website. 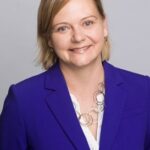 Tara Barauskas became the Executive Director of Community Corporation of Santa Monica in 2016. She oversees the functional areas of the organization, including management of 1,900 units of affordable housing; housing development; resident services; maintenance; and administration of 80 team members.

Tara holds a Bachelors’ Degree in English from California State University, Long Beach, and a LEED AP Accreditation from the US Green Building Council. She currently serves as Chair of the Board of Directors for the Southern California Association of Non-profit Housing (SCANPH), a nonprofit membership organization that advocates for effective affordable housing policy throughout Southern California. In addition, she serves on the Board of the Santa Monica Bay Area Human Relations Council.