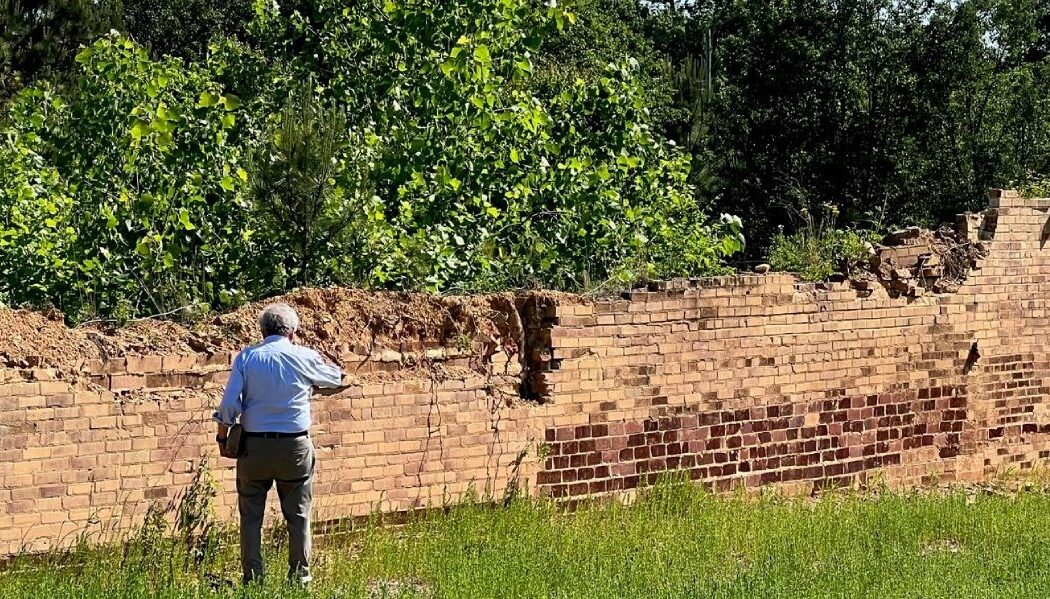 On June 23, 2022, The Conservation Fund announced its purchase of the 77-acre former Chattahoochee Brick Company site.

This historic property, which is adjacent to the Chattahoochee River in Northwest Atlanta, Georgia is now one step closer to becoming the City of Atlanta’s next park.

The land will provide new public access to the river and will memorialize the African American victims of the site’s horrific history of forced convict lease labor. 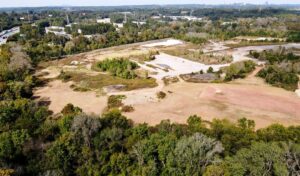 From the late 1870s to the early 1900s, Chattahoochee Brick Company was a brickworks business owned by former city mayor, James W. English, that depended on extensive use of convict lease labor: a pervasive system perpetuated by businesses, landowners and many local jurisdictions following the end of the Civil War and passage of the 13th Amendment prohibiting slavery.

At Chattahoochee Brick, hundreds of men, mostly African Americans, were forced to labor against their will after being accused of petty or baseless crimes. The inhumane and sometimes deadly working conditions mirrored those experienced during antebellum slavery. Convict labor was outlawed in Georgia in 1908. The site continued its industrial use until the early 2000s.

Since then, several attempts were made by the City of Atlanta and environmental nonprofits to secure this land. However, these efforts never came to fruition, and the site was eventually purchased by the Lincoln Terminal Company.

But when Lincoln Terminal’s construction of a rail terminal project was cancelled in 2020, The Conservation Fund was able to step in at the city’s request and make a deal that was competitive and mutually beneficial, effectively halting any immediate threats of development or conversion of the land.

The Conservation Fund now owns and will temporarily hold the property until the City of Atlanta can acquire it and work with the local community to determine a plan for the space.

“The Chattahoochee Brick Company property is one of the most important sites for documenting the horrors of convict lease labor after emancipation. Preserving it for a memorial and future interpretation is a national priority,” said Larry Selzer, president & CEO of The Conservation Fund.

“Community members and descendants fought for its protection for years, but no one ever thought that preserving the entire property was possible. Our ability to step in and acquire at-risk sites like this is what The Conservation Fund was built for. We are honored to secure this on behalf of the city and community, so that a first-of-its-kind restoration and interpretation plan can be developed to better tell the tragic story of convict lease labor. Protecting important African American heritage sites across the country is essential to understanding fully our nation’s history, and we are excited to do more work in this area with our exceptional partners,” he added.

“The Conservation Fund’s purchase is a historic first step to the permanent protection of this site, which will be a dream come true. What an amazing way to educate people about this part of history between the Civil War and the Civil Rights Movement that is too often forgotten. All different types of people have banded together to stop this land from being lost, and our community’s voice will be essential in keeping its history alive,” said Donna Stephens, co-founder of the Chattahoochee Brick Company Descendants Coalition.

Now that The Conservation Fund has secured the site, partners including the City of Atlanta, the National Center for Civil and Human Rights, Partnership for Southern Equity, Center for Community Progress, and community groups such as the Chattahoochee Brick Company Descendants Coalition will work towards completing a vision for the space, including a memorial for the victims of the Chattahoochee Brick Company’s convict lease labor practices. The site will also expand public access to the Chattahoochee River — Atlanta’s primary drinking water source — and will propel trail connections to the Proctor Creek Greenway and for the larger Chattahoochee River Lands vision, which covers a 53-mile stretch of the river.

“This is a monumental step in transferring ownership of land with a history of pain and injustice and placing it in the hands of the people of Atlanta,” said Mayor Andre Dickens. “Thank you to The Conservation Fund and The Kendeda Fund for making this acquisition possible, and in turn, helping the City develop its first-ever park with direct river access.”

Today’s outcome required nearly a year of negotiations between The Conservation Fund and the Lincoln Terminal Company and required a significant commitment by Atlanta to secure the future of this site. Funding provided by The Kendeda Fund was essential to The Conservation Fund’s ability to secure the site. Kendeda is an Atlanta-based foundation focused on community-driven solutions that increase equity, vibrancy, resourcefulness and resilience.

“Driven by a deep belief in the healing powers of nature and a desire to help remedy generational traumas caused by systemic racial injustice, The Kendeda Fund is honored to play a small part in helping reimagine a new use for the old Chattahoochee Brick Company site,” said Dena Kimball, executive director of The Kendeda Fund.

“Our $4 million grant to The Conservation Fund will help bring new life to the site, restoring its natural beauty and historic significance in a way that can benefit and educate Atlantans for generations to come,” she continued.

The Chattahoochee Brick site was designated as one of the Georgia Trust for Historic Preservation’s Top 10 Places in Peril for 2022. This will be one of the only sites in the nation to commemorate and tell the story of the convict leasing system that was prevalent after the Civil War.

Photos courtesy of The Conservation Fund.