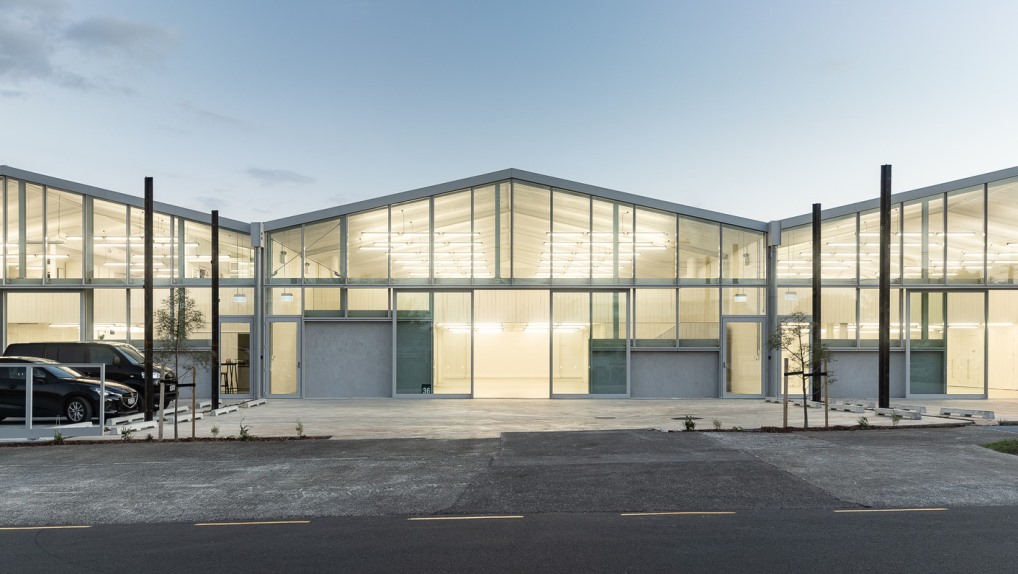 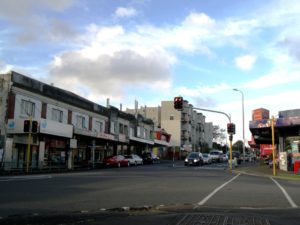 2014 photo of downtown Morningside is by The Uploader via Wikipedia.

Like so many sprawl developments, “Morningside” has what’s known as a “tombstone name”: it commemorates what was destroyed in order to create it.

In this case, it was the Morningside Farm, which was subdivided to create the residential suburb back in 1865.

The latest aspect of that regeneration is Ethel Street, which is repurposing and renewing an abandoned 1950’s warehouse into an attractive, contemporary office space. 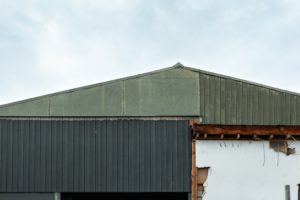 This “before” photo shows the deteriorated condition of the buildings prior to renovation.

The design concept was to remove the box-like offices that addressed the street, to express the repetitive gable roof form beyond.

The existing misaligned steel and concrete blockwork structure of the façade was considered to retain a sense of the patchwork nature of the existing building, and rationalized to stitch in a new glazed façade treatment. 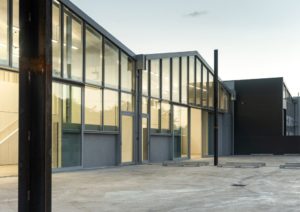 A mezzanine floor, set back from the façade, creates an intimate space between two double height volumeseither side within each shed.

The designers say “A collection of images which capture the building as found with an eye of the detail, throughout the additive/subtractive construction process, and a series of interior images of the first stages of the inhabitation of the space.” If you don’t know what that means, neither do we: I guess it’s true that architects have their own language.

All images are courtesy of Michelle Weir / Fearon Hay Architects.