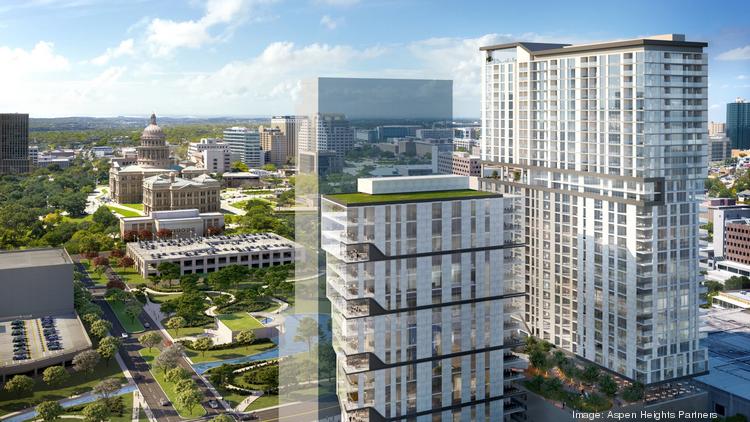 This is a key step forward for a project that hopes to revitalize the downtown area with 232 units of affordable housing and various other community benefits to the heart of Austin.

The Austin-based developer, which will partner with Capital A Housing and the NHP Foundation on the redevelopment, has been selected to build the multi-tower, mixed-income complex after a master development agreement was approved in a Council meeting. 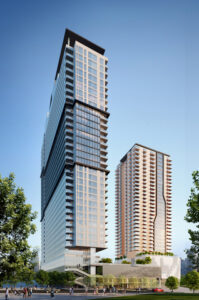 “At Aspen Heights, we have an unwavering commitment to meeting the needs of the communities we serve, and as an Austin-based developer, we are especially excited about working on this project,” said Greg Henry, CEO at Aspen Heights Partners.

“We look forward to working closely with city officials and coordinating with our development partners to make this project a reality and to help make Austin a more vibrant and inclusive place to live,” he added.

Aspen Heights Partners, which has been working with Austin city officials and community stakeholders on plans for the redevelopment since 2020, enlisted Capital A Housing and The NHP Foundation for the project.

“The HealthSouth development is another tool we are using to increase our affordable housing supply,” said Steve Adler, Mayor of Austin.

“Through this project, we add over 200 more affordable housing units downtown — doubling the number that currently exist. We need more, but this is an important step,” he continued.

The mixed-use residential redevelopment will take up almost the entire block bounded by 12th St., Red River St., a new 13th St., and Sabine St., including all of the old HealthSouth hospital site.

It will have two towers built atop a 6-story podium with a 30,000 square foot public plaza with green space, water features, an 18,000-square-foot local restaurant food-hall/business-incubator, and views of the Capitol, Waterloo Greenway, and downtown.

There will also be an on-site music venue with below-market rate rents.

The residential towers will total 921 units, of which more than 25% will be affordable housing for low-income Austin families. The project also hosts an on-site childcare center provided at affordable tuition. The 232 affordable units will comprise approximately 18 of the south tower’s 27 floors, and will be developed, owned, and operated by NHP and Capital A.

The search for a developer began in November 2019, when the Council issued a Request for Proposal (RFP).

In April 2020, Aspen’s proposal scored the highest among three other proposals. Bringing on Capital A Housing and the NHP Foundation to the project, and with plans for economic opportunity, sustainability, and affordable housing, the City Council approved negotiations to move forward.

While the City Council approved negotiations to proceed, they asked city staff to return when the final agreement is finished for final approval of the 99-year lease and development agreement. However, staffers expect to execute the development agreement by spring of 2023 so as not to postpone the project’s proposed delivery in summer of 2027.

Aspen Heights is a national multifamily, student housing, and single family for rent developer headquartered in Austin. With over $3.5 billion in projects since its founding in 2006, Aspen Heights says it is dedicated to the development of a unique and innovative platform with an emphasis on creative designs that connect with the community.