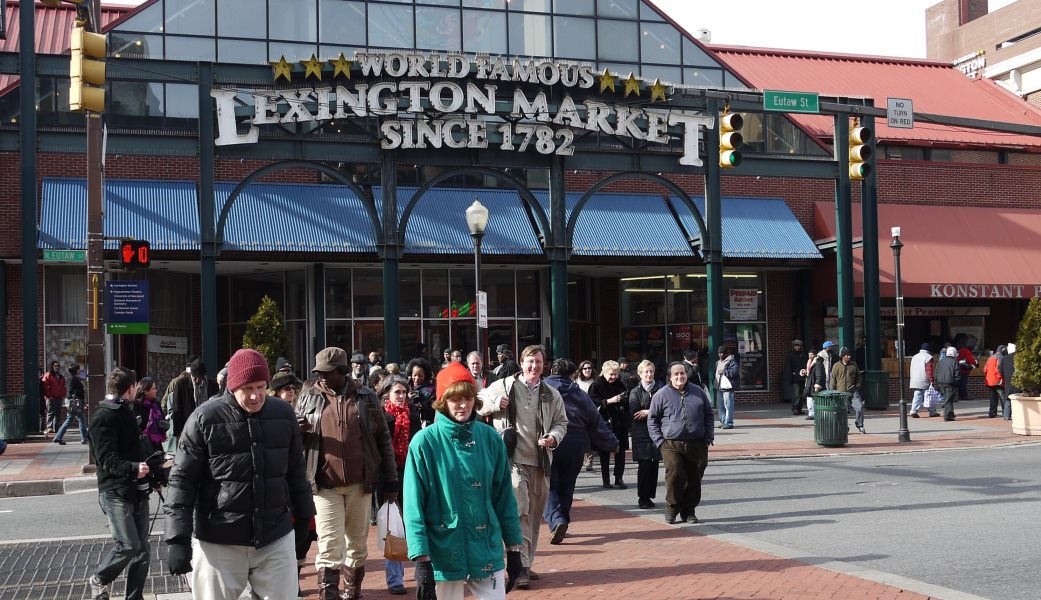 The impact of this funding assistance could—in many situations—be magnified if applied in places using the new revitalization and resilience-building tools for “home grown renewal” now being offered by the RISING PLACES initiative.

Speaking at the recently redeveloped Lexington Market, Treasurer Chief Malerba announced the selection of 107 organizations across the country to receive NMTC allocation awards, made through the calendar year (CY) 2021 round of the NMTC Program.

The Lexington Market is the longest continuously operating public market in the nation, located in the heart of Baltimore City. Previous NMTC awards were used to finance the $45 million dollar transformation that has resulted in the construction of the new public market building and a block-long public plaza.

“Lexington Market demonstrates what can be accomplished when projects in low-income communities can access needed financing for initiatives that will help revitalize them,” said Director Harris.

“We often associate the New Markets Tax Credit with new buildings, but just as frequently, the tax credit allows for a new use of an existing property. The Lexington Market project will breathe new life into this neighborhood by making fresh food available to residents, build local businesses and wealth, and provide a community gathering place,” she continued.

“We are grateful that the CDFI Fund has again recognized our proven track record of working with communities to uplift their needs and solutions, and working alongside the private investors who help make that possible. It further enhances our ability to provide a continuum of financial, knowledge, and social capital,” he continued.

Arlington, Virginia-based Capital Impact Partners is now an 11-time NMTC recipient – with those awards totaling more than $742 million. To date, the organization has used NMTC allocations to support the financing of more than 78 transactions nationally that have increased access to health care, education, healthy foods, affordable housing, and the ability for seniors to age in their communities with dignity, as well as increasing access to capital for entrepreneurs of color.

Capital Impact plans to focus its use of the award to support projects in California, Texas, Michigan, the Washington, DC Metro Area, and the New York Tri-State Area.

“The New Markets Tax Credit program has played a significant role in projects that are helping to build more equitable and inclusive communities,” said Mindy Christensen, senior vice president of community development real estate for Capital Impact Partners. “We can bring investors and key partners together on projects that will make a difference now and for generations to come.”

The 107 Community Development Entities receiving awards today were selected from a pool of 199 applicants that requested an aggregate total of $14.7 billion in tax credit allocation authority. The award recipients are headquartered in 35 different states and the District of Columbia. Over 20% of the investments will be made in rural communities. It is estimated that these award recipients will make nearly $1 billion in New Markets Tax Credit investments in non-metropolitan counties.

This new announcement brings the total amount awarded through the NMTC Program to more than $71 billion. Historically, NMTC Program awards have generated $8 of private investment for every $1 invested by the federal government.

Through the end of fiscal year 2021, NMTC Program award recipients deployed more than $62.9 billion in investments in low-income communities and businesses; with impacts such as the creation or retention of more than 857,000 jobs, and the construction or rehabilitation of nearly 239 million square feet of commercial real estate.

“This program has created or retained hundreds of thousands of jobs and spurred economic growth in many low-income communities across our country. It is important that Congress sustain these investments over time by making the New Markets Tax Credit Program permanent,” she added.

CDEs that receive the tax credit allocation authority under the program are domestic corporations or partnerships that provide loans, investments, or financial counseling in low-income urban and rural communities.

The tax credit provided to the investor totals 39% of the cost of the investment and is claimed over a seven-year period. The CDEs in turn use the capital raised to make investments in low-income communities. CDEs must apply annually to the CDFI Fund to compete for New Markets Tax Credit Program allocation authority.

About the CDFI Fund

Since its creation in 1994, the CDFI Fund has awarded more than $5.5 billion to CDFIs, community development organizations, and financial institutions through the Bank Enterprise Award Program; the Capital Magnet Fund; the CDFI Rapid Response Program; the Community Development Financial Institutions Program, including the Healthy Food Financing Initiative; the Economic Mobility Corps; the Financial Education and Counseling Pilot Program; the Native American CDFI Assistance Program; and the Small Dollar Loan Program.

In addition, the CDFI Fund has allocated more than $71 billion in tax credit allocation authority to Community Development Entities through the New Markets Tax Credit Program, and guaranteed bonds for over $2.1 billion through the CDFI Bond Guarantee Program.

Photo of walking tour of Lexington Market in 2011 courtesy of Baltimore Heritage (via Wikipedia).