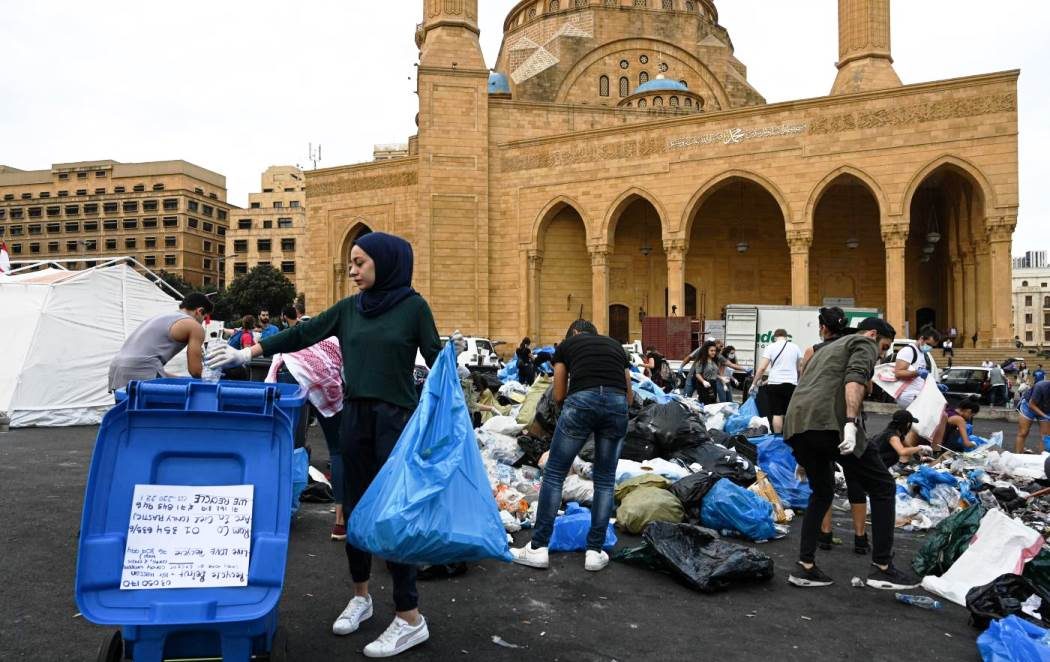 At dawn, 16-year-old Michel sweeps Beirut‘s pavements of discarded bottles and cigarette butts from a protest the night before.

The secondary school student has joined mass demonstrations that have swept Lebanon for more than a week, railing against a political elite accused of plundering state resources in a nation already in deep economic crisis.

But Michel wants to fix more than just the country’s politics: he is one of what activists say are rising numbers of young people harnessing the protests to crowdsource improvements to the capital city.

Street clean-ups, pro bono legal clinics, open-air raves in car parks and the revival of abandoned buildings are all signs of a push to change the face of Beirut as well as its leaders, according to researchers and activists.

The city’s residents are “realising that they need to take care of the space they live in,” said Mona Fawaz, a professor of urban studies and planning at the American University of Beirut.

“When you’re politically engaged and mobilised you’re redefining your role as… an engaged citizen,” she told the Thomson Reuters Foundation. “No one’s going to clean (the streets) for you; you have to clean it.”

For protesters like Michel, “it’s not like we just come here, party, revolt, and leave our trash behind. I’m just trying to show that although we’re doing a revolution, the Lebanese people are still civilised and clean,” he said.

What started with a handful of volunteers roaming the streets with garbage bags and brushes, morphed into an organised force offering their own trucks and warehouses to support local NGOs helping the clean-up effort. 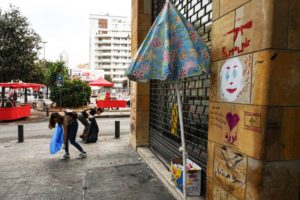 The push to clean the city has its roots in a waste crisis that erupted in Lebanon in 2015 when authorities closed a major landfill site near Beirut.

The protests that ensued as huge mounds of rotting waste filled the streets started to change public attitudes towards recycling, said Joslin Kehdy, founder of Recycle Lebanon, a charity. “The waste crisis changed a lot of people’s mindsets towards recycling,” she said. “(The change) is not overnight.”

In downtown Beirut, motorbike taxis have offered free lifts to residents to get around traffic and through roadblocks.

Beirut’s Grand Theatre, shuttered for years, was overrun by protesters for days this week who draped above its vast colonial entrance a banner reading “reclaiming public property“.

Lebanon has only recently passed a law to protect historic buildings and many have been demolished to make way for modern apartment buildings and offices.

A spokesman for the municipality was not immediately available for comment.

Beirut’s mayor announced a plan in April to build bike lanes throughout the city where air pollution is three times levels deemed a hazard by the World Health Organization, according to 2014 data.

Few small businesses still operate in the downtown area, which used to host the city’s market but is now largely reserved for wealthy fashion chains and expensive malls.

However, traders such as flavored tobacco vendors and corn on the cob sellers have in recent days flocked to the area to ply their trade in the revitalized centre of town, while deserted buildings have been repurposed for community initiatives.

The push to transform and take ownership of the city has united people who often find themselves divided along political or sectarian lines, said Fawaz.

But whether the momentum can outlast the mass dissent remains to be seen. “I’m sure people are going to get influenced by this,” said Michel, the student. “It’s going to lead to a better future.”

Featured photo (by Thomson Reuters Foundation/Finbar Anderson) shows a young woman sorting recycled materials into a bin in front of the Mohammad al-Amin mosque in Beirut, Lebanon on October 23, 2019.

This article by Abbie Cheeseman and Finbar Anderson (edited by Tom Finn and Zoe Tabary) originally appeared on the website of the Thomson Reuters Foundation, the charitable arm of Thomson Reuters. Reprinted here (with minor edits) by permission.