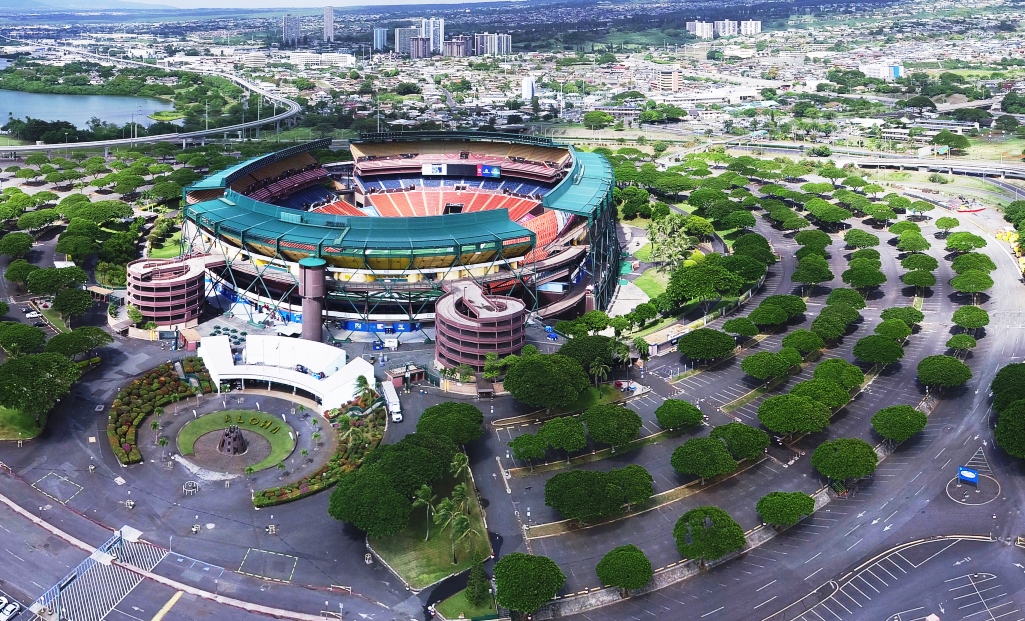 Located in central Oahu, the Aloha Stadium is Hawaii’s largest outdoor arena, and is home to the University of Hawaii‘s Rainbow Warriors football team.

In addition, the Aloha Stadium hosts a multitude of events attracting visitors from around the state, including soccer matches, concerts, car shows, fairs and the ever-popular Aloha Stadium Swap Meet & Marketplace.

Before 1975, Honolulu’s main outdoor stadium had been Honolulu Stadium, a wooden stadium on King Street. However, it had reached the end of its useful life by the 1960s, and was well below the standards for Triple-A baseball. The need for a new stadium was hastened by the Rainbows’ move to NCAA Division I. 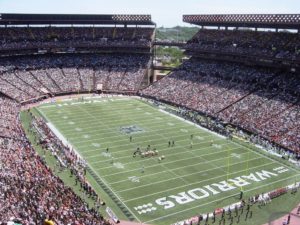 Located west of downtown Honolulu and two miles north of Honolulu International Airport, Aloha Stadium was constructed in 1975 at a cost of $37 million. But, as with so many urban stadiums, its integration with the city left a lot to be desired.

HB1586 (ACT 268) establishes the Stadium Development District and puts the state’s Aloha Stadium lands under the jurisdiction of the Stadium Authority.

“Aloha Stadium has served as a vital gathering place for some 40 years now, where residents and visitors come together to enjoy athletic events and concerts,</eM” said Governor Ige.

“The recent Bruno Mars, Eagles and Guns and Roses concerts, as well as the upcoming L.A. Rams game – make it very clear that Hawai‘i needs to invest in a new stadium to serve our state for generations to come,” he added.

The bill appropriates funding for the construction of a new stadium and complementary development of land that will help generate revenue for the state and help offset costs of the project.