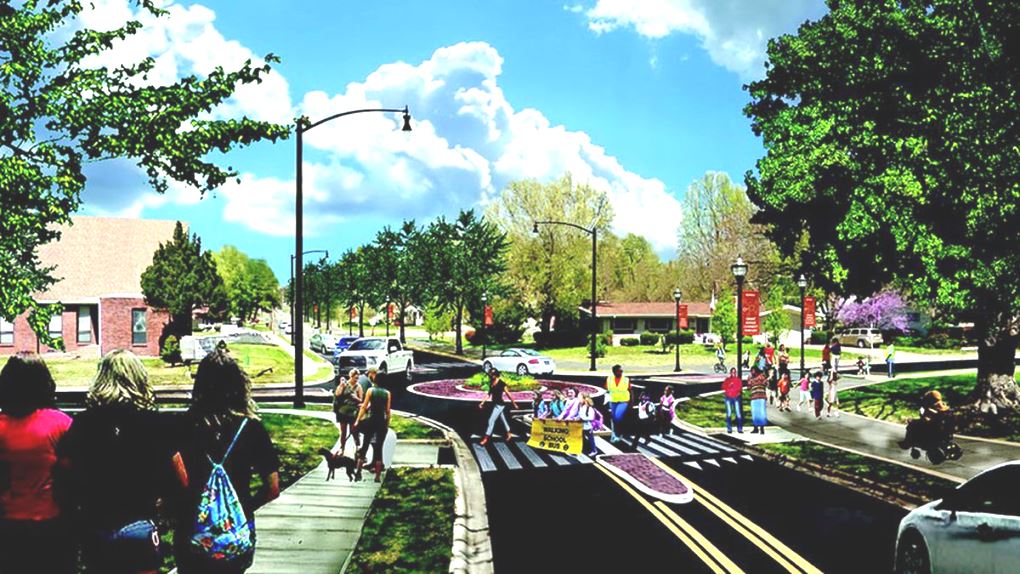 The 3-mile stretch of renovated “parkway” will create an attractive corridor connecting vibrant Downtown Springfield to the Wonders of Wildlife National Museum and Aquarium, with various neighborhoods, parks, Ozark Greenway connections and other amenities in between.

An upcoming public engagement initiative will collect input from neighborhoods, residents and stakeholders along the route as well as the community-at-large in order to provide guidance to subject matter experts completing the upcoming preliminary design phase for the project.

Survey technicians from City consultant firms CMT and CJW are expected to continue field work through October, collecting detailed measurements of infrastructure located in the City’s right-of-way as well as privately-owned structures and elements along the corridor.

“It’s important that area residents are aware of what’s going on throughout each step of this project. With this in-depth survey work, we’re just getting started,” explains Public Works project manager Leree Reese.

“Surveyors will be in the area for several weeks, setting up in the right-of-way and, at times, collecting information on private structures as they relate to the corridor. This is important data that will help in developing a feasible concept for the project and – a few more steps down the road – a final design,” Reese added.

The City recently contracted a project consultant group led by engineering firm CMT to join forces with the City’s internal team in the development of the Grant Avenue Parkway federal BUILD grant-funded project.

The consultant group is made up of representatives from a variety of local and national civil engineering, architecture and planning firms, including CMT, Burns & McDonnell, CJW, HG Consult, ARC, Houseal Lavigne, OR Colan and Pratt Consulting.

The consultant group is tasked with helping the City navigate complicated federal approval processes involved with the grant, completing a corridor analysis, environmental review and risk assessment during the early development stages of the project.

CMT will further aid in the development of a request for qualifications for project delivery firms, the facilitation of any right-of-way acquisitions needed for the project and will provide assistance throughout the construction phase.

Image courtesy of City of Springfield.