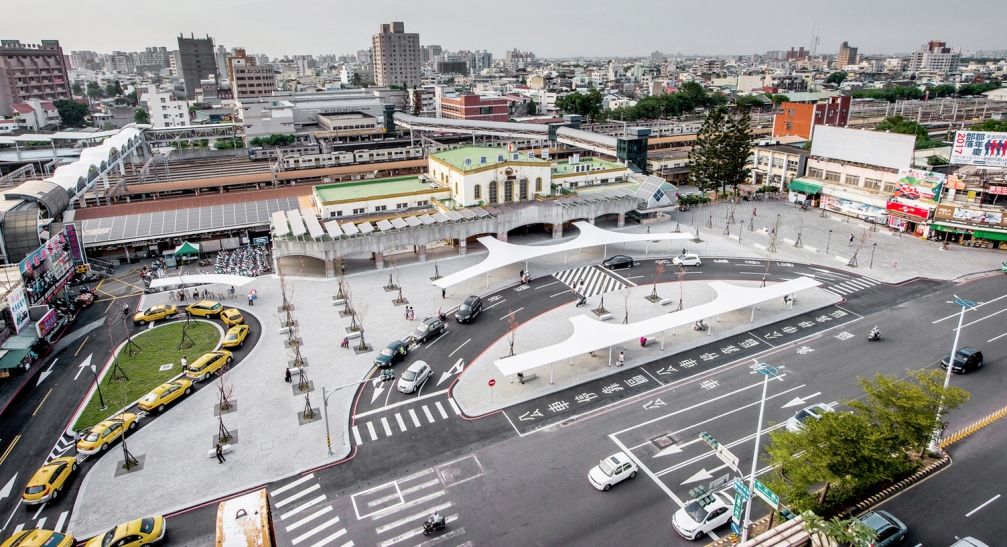 It was 85 years ago, in 1933, that Taiwan‘s first modern steel-reinforced concrete railway station was built. It was in the city of Chia-yi, a provincial city of about 270,000 people situated in the southwestern plains.

At the time, the city had no station square in which to site the Chia-yi Railway Station. With the expansion of roads and other transportation infrastructure—plus the growing need for public transit—a square gradually started taking shape in the 1950s. 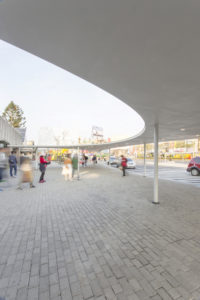 Over the ensuing half a century, the square underwent several minor renovations and redesigns, but none that were extensive enough to prevent it from getting congested by a wide variety of vehicle types. It became chaotic, and detracted from giving visitors and residents the impression of being in a modern city.

In 2016, the city government decided a comprehensive renovation and redesign was needed, and hired Shen Ting Tseng Architects for the job.

Their stated goal was to create a balanced human–vehicle space both within and outside the square. They also wanted to make the railway station square a more spacious and dynamic experience.

There are four principle types of vehicles using the square: motorcycles, cars, taxis, and buses. They converge at the square, each demanding its own scale and flows. By re-organising the flow of these traffic elements, an efficient road system has now been configured. It occupies a minimum of space, operates smoothly, forming a new sense of order. Simultaneously, the pedestrian areas have been extended and enhanced. 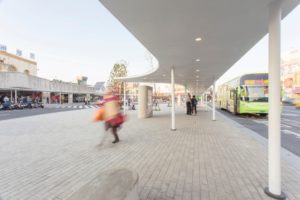 Along the pedestrian flow, there are curved sheds set up at the three waiting areas in accordance with the shape of the routes, functioning as shelters for sunlight and rain. By the expressions of scale, shape, weight, and structure, a new spatial experience of staying, waiting, and walking has been created.

Visually, the waiting shed is like a cloud floating close to the ground. It becomes a slender horizontal line at a distance, where the historical station building is able to re-enter the focus of people’s attention, attracting a spotlight for the square.

The sunlight creates curved light and shadows under the shed, encouraging a rhythm of walking, moving, and stopping for pedestrians. Whether standing or sitting, through this open structure, people will re-experience the city from a revitalized space.