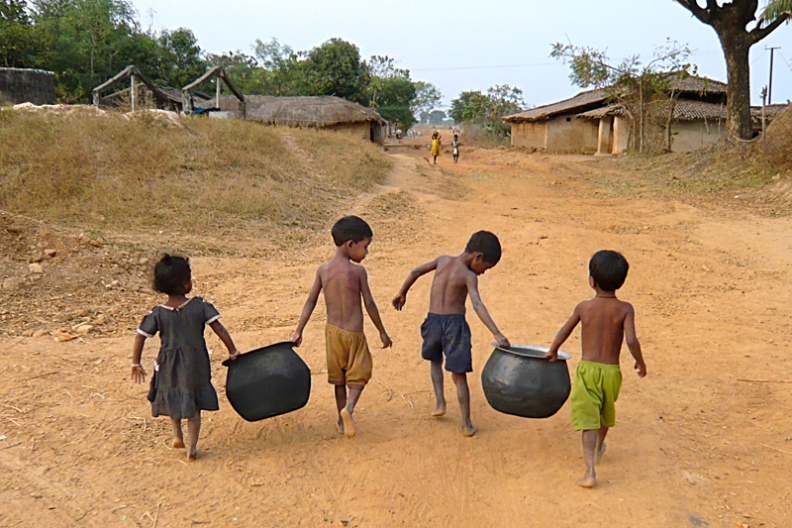 On September 9, 2019, India‘s Prime Minister Narendra Modi called on the international community to set up a global water action agenda as the central theme to achieve land degradation neutrality. He announced that India will restore an additional 5 million hectares of degraded land by 2030, raising the land to be restored in India to 26 million hectares (65 million acres).

Modi made the announcement when he opened the ministerial segment of the 14th session of the Conference of the Parties to the United Nations Convention (COP14) to Combat Desertification in New Delhi, India. 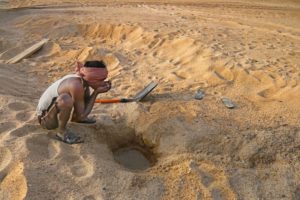 Prakash Javadekar, India’s Minister of Environment, Forest and Climate Change and the current COP14 President, also announced that the Delhi Declaration will be adopted from this special ministerial segment of the Conference.

The segment is meant to draw attention to the human face of desertification, land degradation and drought, he said, and ensured the stakeholders that “India has the COP presidency for the next 2 years. We will work with all of you and I can ensure that our positive actions will help us give a better earth to the future generations.”

India’s Initiative complements and strengthens two other previous initiatives, namely, the Changwon Initiative of the Republic of Korea and the Ankara Initiative of Turkey, also launched at previous COPs.

Amina Mohammed, Deputy Secretary-General of the United Nations, welcomed the Prime Ministers and other dignitaries to the Conference, and said, “we no longer have the luxury of spending the next 10 years meeting preparing the targets. We have two weeks to move our common agenda in the right direction to bend the curve on a planet of less than 2 degrees, towards action and impact.”

She highlighted that 800 million people are still going hungry and that crop yields are dropping, and demand for food is set to increase by 50 percent in the coming decades. Restoring 150 million hectares of farmland could feed 200 million more people every year. At the same time, it would provide greater resilience and over 30 billion a year in increased income for small stakeholders and sink an additional 2 gigatons of carbon dioxide per year.

“It is in these critical times where our individual and collective responsibilities will be needed, even more than they ever have been. It is a massive effort but together we can lift and achieve the aspirations of the climate agenda,” she added.

“The [Climate Action] Summit is not the first and last stop. It is the first step towards concrete actions and we are asking commitments from our member states. I will say considerable engagement with financial sector is really important, since there is a barrier, if we don’t have resources. So, we are saying public funds, must move. We are not correct in saying the Green Climate Fund doesn’t have money on the table, they do, and the states do make contributions that is a good signal towards the climate action summit in the next two weeks. It is continuous engagement, that is what it is about,” Mohammed concluded.

Ibrahim Thiaw, UNCCD Executive Secretary, highlighted the present and inter-generational impacts of land degradation globally and underlined the plight of the children being born “whose future is not in the hands of the parents alone, but of humanity at large.”

He drew attention to recent scientific assessments that revealed the harm caused by land degradation, stressed importance of the current COP in laying “the groundwork for change” for the five United Nations Summits to be held in New York soon, and said “combining our land with three little concepts of equality, partnerships and scale could take us a very long way towards our common goals.”

Thiaw also concurred with Mr. Mohammed regarding the role of the private sector in ramping up land restoration particularly for vulnerable, rural and smallholder farmers, and clarified that the engagement with the private sector is not the same as privatizing land.

“If human actions have done damage to the world and the environment, now positive human actions will make a difference and will give a better earth for future generations,” he added.

Over 8,000 delegates, including ministers, heads of United Nations and intergovernmental bodies, youth, local governments, business leaders and representatives of non-governmental organizations are attending the Conference, whose restoration economy-styled theme is “Investing in Restoration to Unlock Opportunities.” 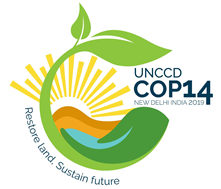 Ralph Gonsalves, Prime Minister of Saint-Vincent The Grenadines, said, “The collective responses of nations globally have not measured up adequately or sufficiently to the enormous task at hand, so as to obviate disaster. Accordingly, COP 14 convened under the aegis of United Nations Convention to Combat Desertification is a seminal staging post in humanity’s quest for a better and sustainable condition of our lives, living and production.”

The UNCCD is an international agreement on good land stewardship. It helps people, communities and countries to create wealth, grow economies and secure enough food and water and energy, by ensuring land users have an enabling environment for sustainable land management.

Through partnerships, the Convention’s 197 Parties set up robust systems to manage drought promptly and effectively. Good land stewardship based on a sound policy and science helps integrate and accelerate the achievement of the Sustainable Development Goals, builds resilience to climate change and prevents biodiversity loss.

Featured photo of village in India is by Arup_Halder via UNCCD.