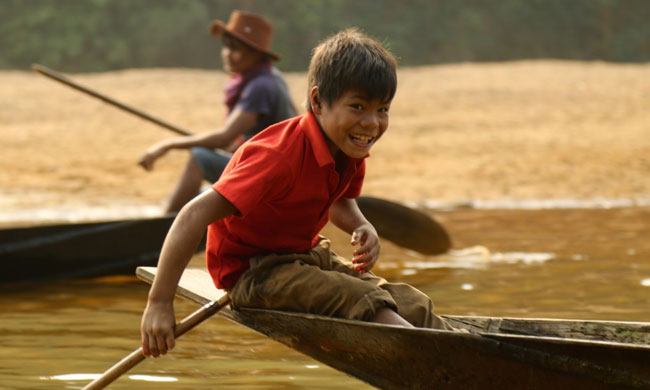 In the Pnar language of India’s northeastern state of Meghalaya, Myntdu is known as Ka Tawiar Takan, meaning “our guardian angel.”

Today, the “guardian angel” is lifeless; decades of coal mining in the Jaintia Hills have all but destroyed this once thriving river. Elders, who are founding members of Borghat-Jaliakhola Aquatic Life Welfare Association (BJALWA), are hosting the riverine festival to take a stand for the health of their “mother” in deep peril.

The mission of BJALWA is to reconnect tribal communities with Myntdu, revitalize their culture, and to spark action and dialogue for restoration efforts.

BJALWA members are galvanized, in part, by the 2014 ban on coal mining in Meghalaya, issued by the National Green Tribunal (NGT) after a petition was filed by a student’s union in Assam, which implicated coal mining in the pollution of Kopili River downstream. Last year, Myntdu, along with Lukha River in eastern Meghalaya, made national headlines after turning an eerie shade of blue. Environmentalists blamed mine run-off and acid mine drainage. Downstream, this was not news; tribal communities have long suffered the deleterious consequences of decades of coal mining in the Jaintia Hills.

“Before mining, we had abundant fish. We had drinking water from the river. Now we get our fish from Bangladesh,” bemoaned Phran Rymbai, an War-Jaintia elder, who is also a member of BJALWA.

“Unlike the elders, sadly, the current generation has lost its connection with Myntdu, because the river has been lifeless for many years now and is used mostly for transportation,” explained Mohrmen.

Mohrmen pointed to small pieces of coal scattered across the riverbank. “We hope our rivers are revived,” he remarked. “Because when a river dies, so does our culture.”